Inicio » The Stoic Philosophers - A Model of Strength and Joy

The Stoic Philosophers - A Model of Strength and Joy

Stoicism is presented as a set of very useful teachings to face adversity and achieve inner serenity and joy, as well as great strength before difficult circumstances.

It is one of the philosophical currents that has lasted the longest in humility and that had its maximum splendor in ancient Rome. It served as a philosophy of life for slaves as well as for emperors, since it emphasized universal human factors and positive attitudes before daily life and destiny. They had a broad and non-sectarian spirit in their beliefs as well as a high regard for human dignity. From them we can draw inspiration from the idea of the universal citizen.

They recommended self-knowledge and self-control; to focus on the development of what makes us human, knowing how to appreciate the present time. Freedom, they said, depends on the extent to which we free ourselves from ignorance, fear and passions.

A brief text by the American philosopher Reinhold Niebuhr (1892-1971) summarizes stoic thinking in this so-called prayer of serenity:

“Lord, grant me serenity to accept all that I cannot change, strength to change what I am capable of changing, and wisdom to understand difference.”

Perhaps for all these reasons, his books (very simple and up-to-date in spite of their age) are being reread today, and many new publications are being written highlighting the best of his teachings.

Among the best classical texts, we highlight:

Meditations by Marcus Aurelius,
Dissertations of Epictetus, by Arriano.
And in general the works of Seneca and Cicero.

We leave reflected some of the most famous and inspiring stoic thoughts. 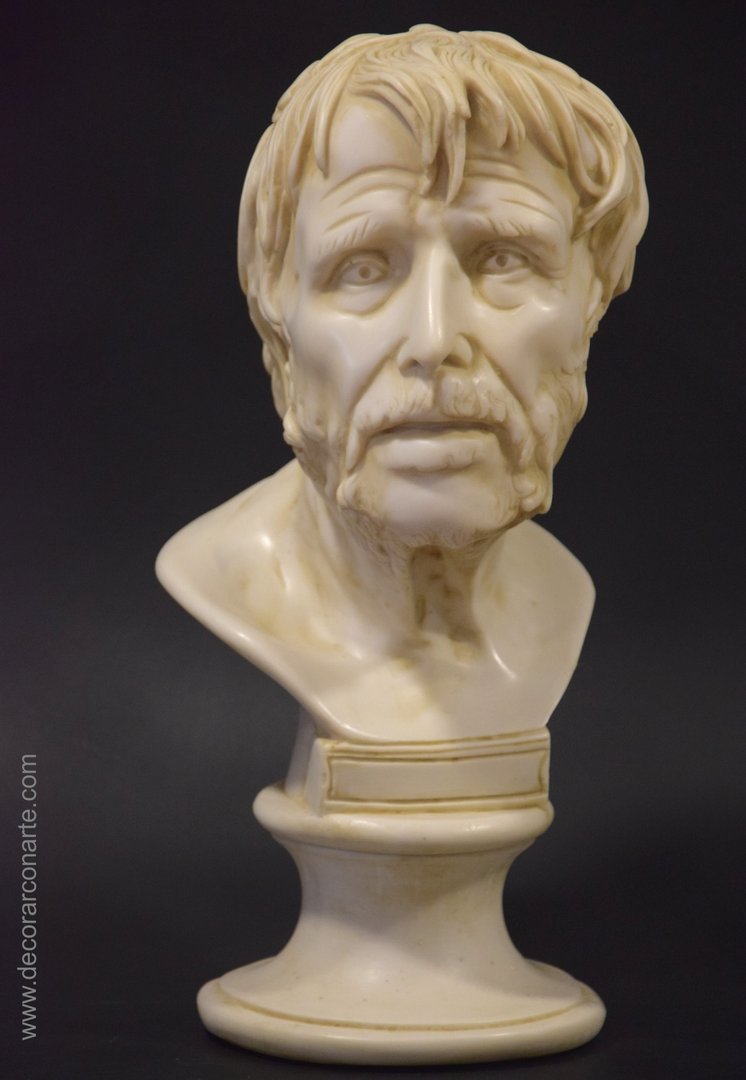 “True happiness is enjoying the present without depending anxiously on the future, not to have fun, either with hopes or fears, but to rest satisfied with what we have, which is enough”

“Life is very short and anxious for those who forget the past, neglect the present and fear the future.”

“Scrutinize the purpose of all things and you will set aside the superfluous. ”

“Fickleness is the most unhealthy defect.”

“To be wise means not to be overly moved by the events that take place during the course of existence.”

“The wise man is not lifted up by prosperity nor cast down by adversity; for he has always endeavoured to trust predominantly in himself and to obtain all joy from himself.”

“We are often more afraid than sorry; and we suffer more in imagination than in reality.”

“Nothing, in my view, is a better test of a well-ordered mind than a man’s ability to stop right where he is and spend some time in his own company.”

“If a person doesn’t know which port he’s sailing to, no wind is favorable.”

“There is only one way to achieve happiness and that is to stop worrying about things that are beyond our power or our will.”

“Don’t live by your own rules, but in harmony with nature.”

“No person is free who does not own himself.”

“If it is spoken ill of, and if it is true, correct yourself; if it is a lie, laugh at it.”

“People are not bothered by things, but by the opinions they give to those things.”

“You become what you give your attention to.”

“Who is the rich man?” they asked, and Epictetus answered, “He who is contented.”

“Circumstances do not make man, they only reveal him.”

“A city is not adorned by outward things, but by the virtue of those who dwell in it.”

“Join what is spiritually superior, regardless of what other people think or do. Keep your true aspirations no matter what is happening around you.”

“The essence of philosophy is that a man should live in such a way that his happiness depends as little as possible on external things.”

“He is a wise man who does not regret the things he does not have, but rejoices in those he does have.”

“There is no right or wrong, but in our will.”

“The source of all misery to man is not death, but the fear of death.”

“It is not the dignities that give happiness, but the good and right performance of the offices that go with them.”

“Beware of seeing one filled with honors or attaining the highest dignities, of considering him, carried away by your imagination, as a happy man.  For if the essence of true good is in the things that depend upon us, neither envy, nor comparison, nor jealousy will have any place in you and you will not wish to be a general, nor a senator, nor a consul, but free.  And think that to reach that freedom there is only one way; not to desire the things that do not depend on us.”

“Your happiness depends on three things, all of which are in your power: your will, your ideas about the events you are involved in and the use you make of your ideas.”

“Only the educated man is free.”

“Do you want to stop being a slave? Break your chains and cast off all fear and spite.”

“In your actions, do not delay. In your conversations, do not confuse. In your thoughts, do not become unfocused. In your soul, do not be passive, nor aggressive. And let your life not be just about business.”

“The best revenge is to be different from whoever caused the damage.”

“Nowhere can a man find a more peaceful and untroubled retreat than in his own soul.”

“Universal order and personal order are nothing but different expressions and manifestations of a common fundamental principle.”

“Just like a ray of sunshine, it must be our thought: not to bump violently against the impediments, to stand up and clear up what we would have perceived.”

“To think always with such purity and order, that if we were questioned we could answer immediately what we think without shame.”

“He who has understood and has become one with Nature, and knows how to contemplate her works, will see beauty in each of them.”

“Every time you’re about to point out a flaw in another person, ask yourself this question: What flaw in me resembles the one I’m about to criticize?”

“Look to the past, with its shifting empires that rose and fell, and you will be able to foresee the future.”

“Our life is what our thoughts create.”

“The object of life is not to be on the side of the majority, but to escape from being part of the foolish.”

“Life is neither good nor bad, but a place for good and evil.”

“No action in life, whether in the public or private sphere, in the forum or in the house, whether you do it alone or with another, can be without duty, and in its observance is placed all the honesty of life, and in its neglect all the clumsiness.

“All that is honest arises from one of these four virtues: either it consists in the diligent and exact knowledge of truth (wisdom); or in the defense of human society by giving each one his due and observing the fidelity of contracts (justice); or in the greatness and rigor of an exalted soul (fortitude) or in the order and measure in which it is done and said (temperance).

“There is no society nobler and firmer than that constituted by good men, similar in customs and united in intimate friendship.”

“Let us therefore desire that strong and magnanimous men be at once good and sincere, friends of the truth, without deceit or falsehood, virtues which form the chief ornament of justice.”

“The truly strong and great soul is recognized by two qualities. The first lies in the contempt for external things; the second consists in undertaking works that are certainly great and useful, but also difficult and full of work and dangers both for life and for many things that concern it.

“It is necessary that the spirit be free from all disturbance of ambition and fear, as well as from sadness, immoderate joy and anger, in order to enjoy the serene tranquillity that brings with it the constancy and feeling of our dignity.”

“In free peoples where all have equal rights, gentleness and self-control must be practiced.”

“It is not the owner who must give up honor for the house, but the house for its owner.”

“It is in accordance with nature that no one works by taking advantage of another’s ignorance.”

“I could never contradict the honest with the useful.”

“It is perfectly licit and natural for each one to procure for himself, before others, the means necessary for life; what nature does not tolerate is that we increase our own substance, our wealth and our power with the misfortunes of others.

“The knowledge and contemplation of nature would be somewhat defective and imperfect if it were not accompanied by some action.

In this page we have gathered all the sculptures that we have at your disposal of the most famous Stoics of which we have sculptural representations: Epictetus, Marcus Aurelius and Seneca