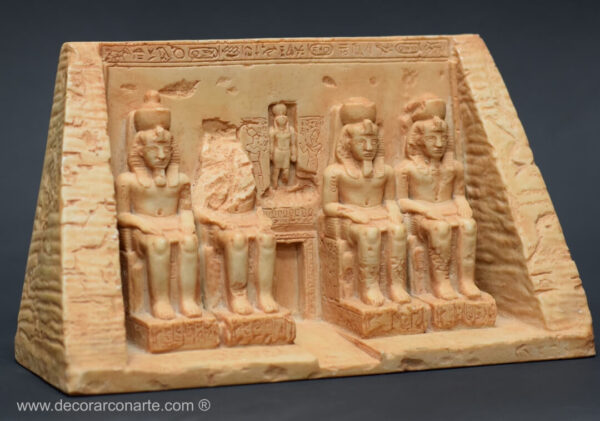 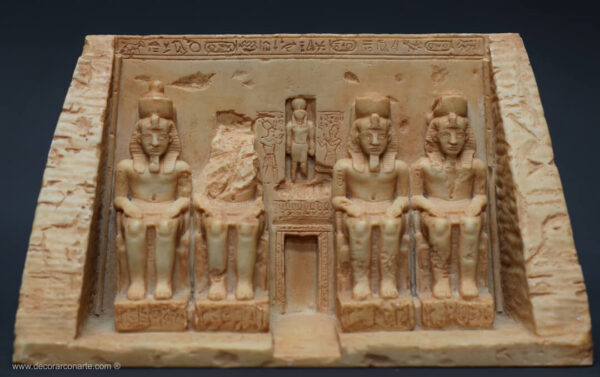 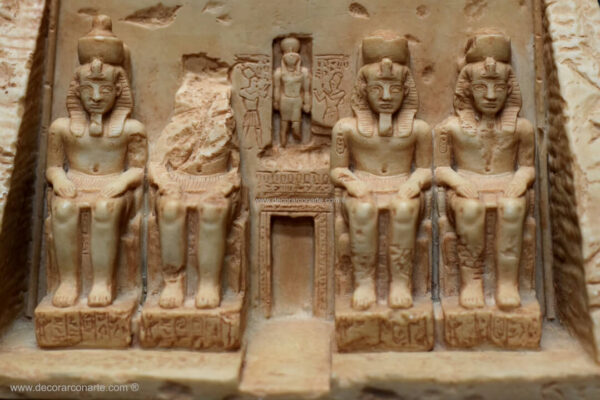 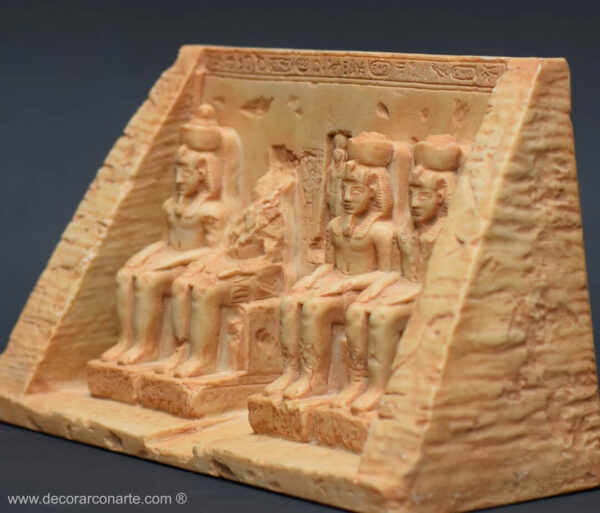 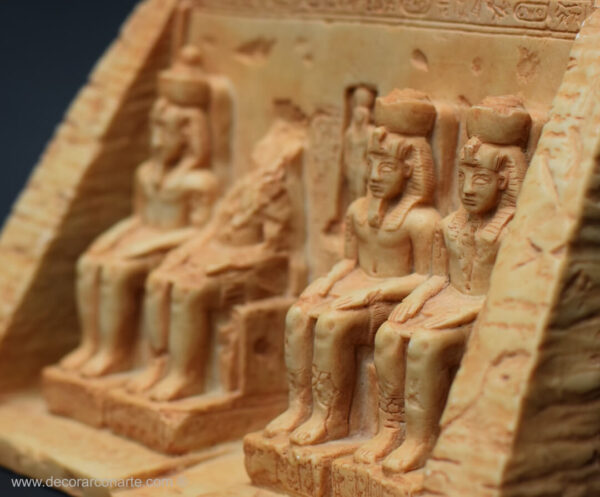 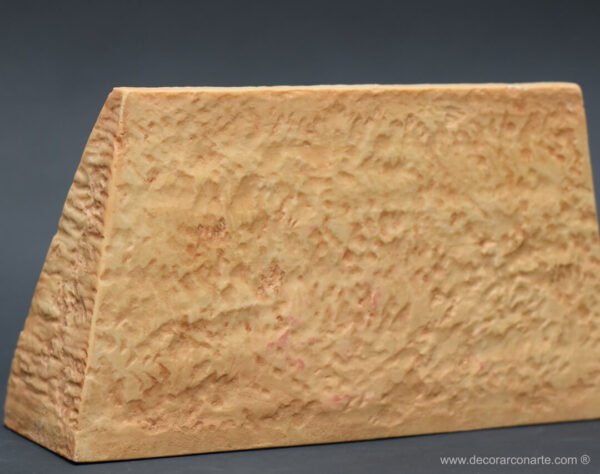 Model of the façade of the temple of Abu Simbel in Egypt. Made in reconstituted marble (marble powder with binder) with patina imitation of aged stone.

These types of objects that reproduce, on a small scale, ancient monuments, buildings, models of architecture, etc. were widely used as decorative elements and valued gifts.

The Temple of Ramses II at Abu Simbel is one of the most spectacular monuments of ancient Egypt.  It was commissioned by Pharaoh Ramses II 1200 years before our era. Its monumental sculptures on the façade are about 20 metres high. This temple, along with the other one dedicated to Nefertari, is part of the sacred complex of Abu Simbel, which was moved stone by stone between 1964 and 1968 in a colossal engineering project to build the Aswan Dam.

The relocation of the temple of Ramesses II preserved its astronomical orientation, which allows the sun to cross the temple twice a year at dawn, on 21 February and 21 October, from the main gate to the back of the temple, to illuminate the statues of the gods inside.