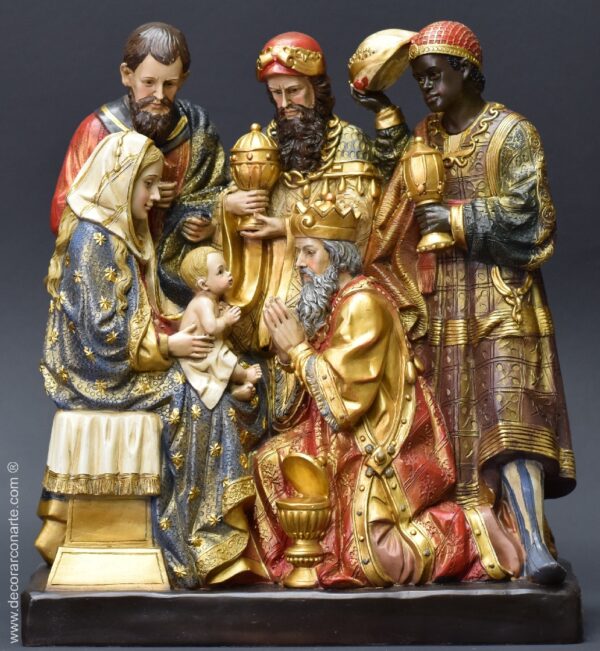 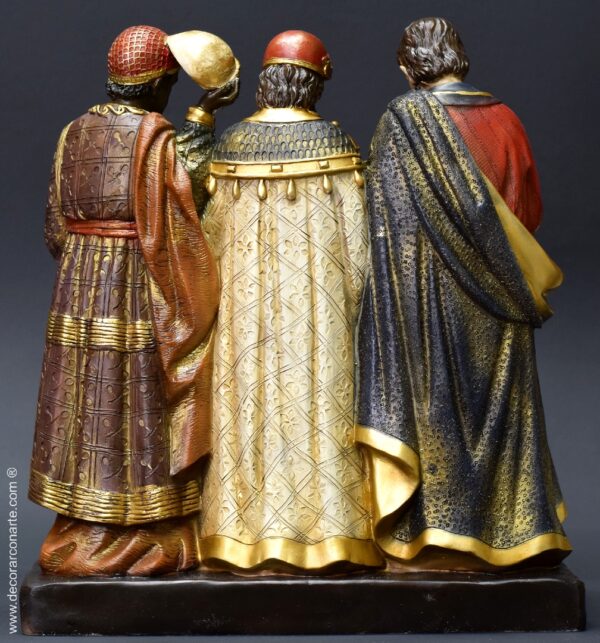 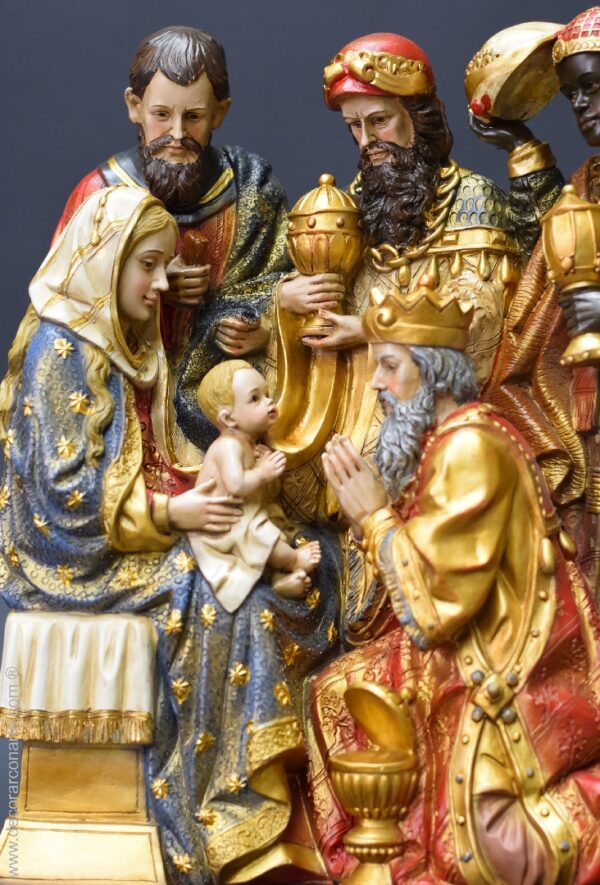 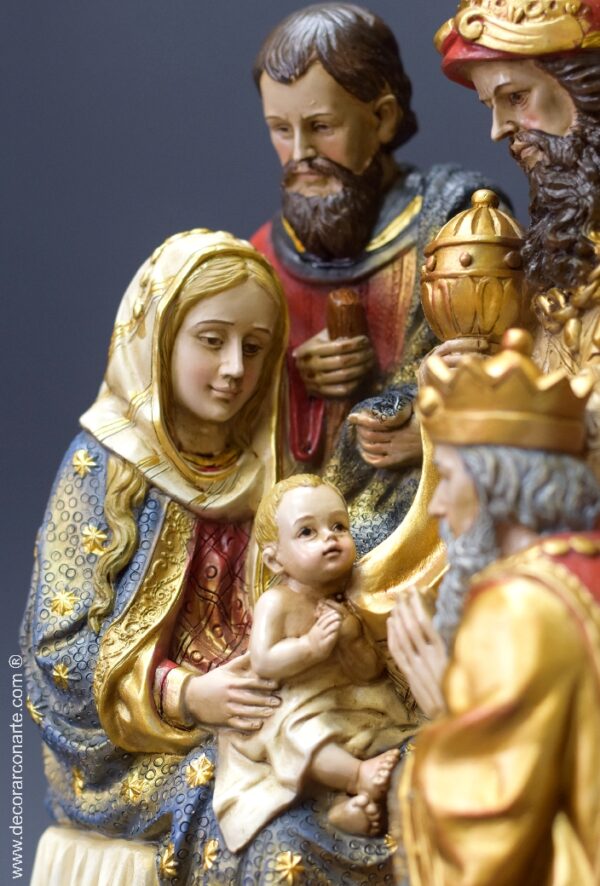 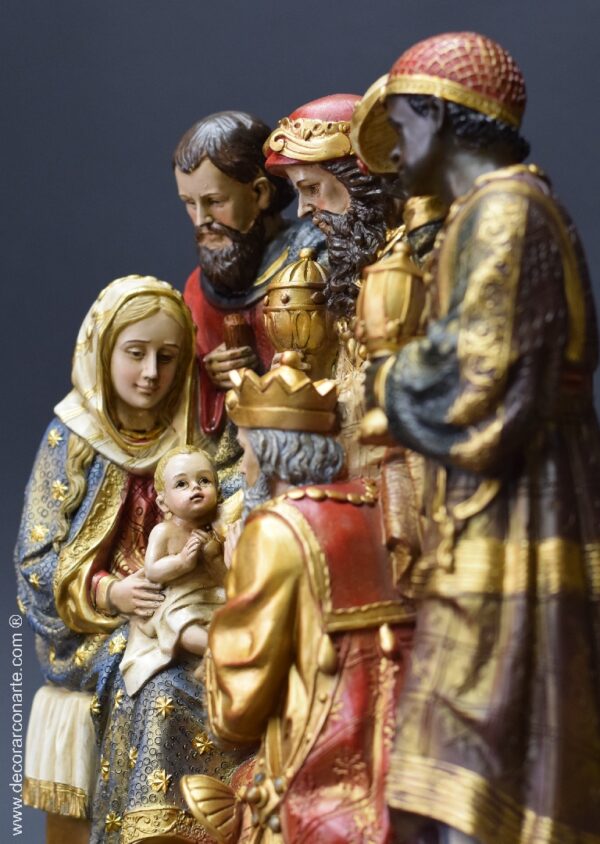 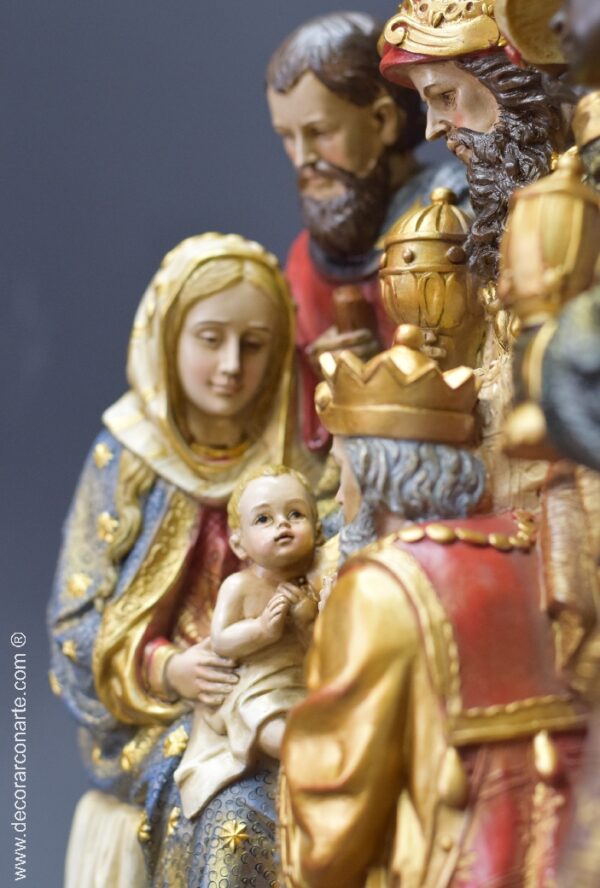 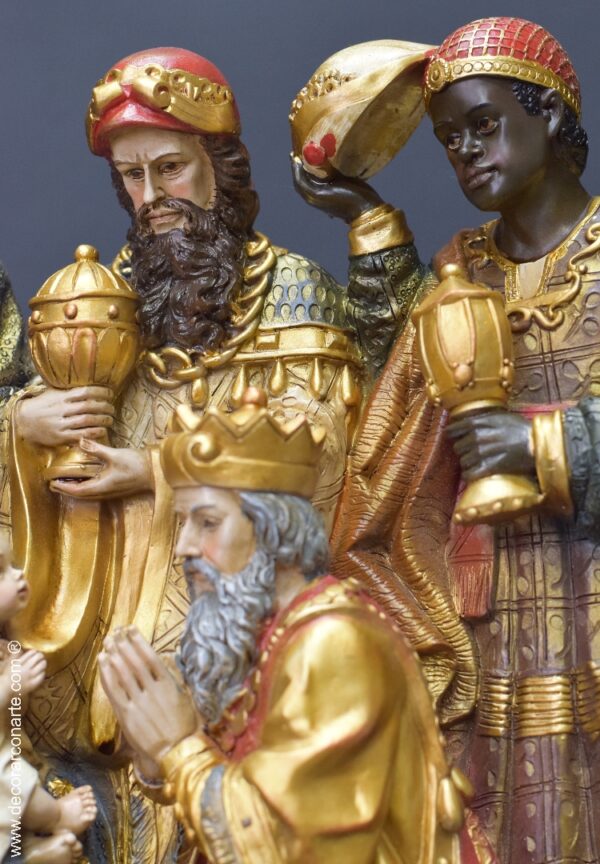 Reproduction of a figure of the Adoration of the Magi made of polychrome resin. Finished with ageing patinas.

Reproduction of a polychrome figure representing the scene of the Adoration of the Magi. Saint Joseph is standing, the Virgin is seated with the Child on her knees and before them, King Melchior kneeling, and standing, Gaspar and Balthasar.

In the Gospel of St. Matthew only is mentioned the arrival of some magi from the East (the magi were the priests of the religion of Persia, Zoroastrianism), but there is no mention of their number or that they were kings. From the 3rd century onwards, they were attributed the status of kings and the number of three was established. In the Middle Ages and the Renaissance, they appeared characterising the three ages of man: youth, maturity and old age. It was in the 15th century when Balthasar was represented with black skin, coming to represent the three continents: Melchior as Europe, often with white hair; Gaspar, as Asia and dark hair, and Balthasar as Africa.

Be the first to review “Adoration of the Three Wise Men. 34 cm.” Cancel reply