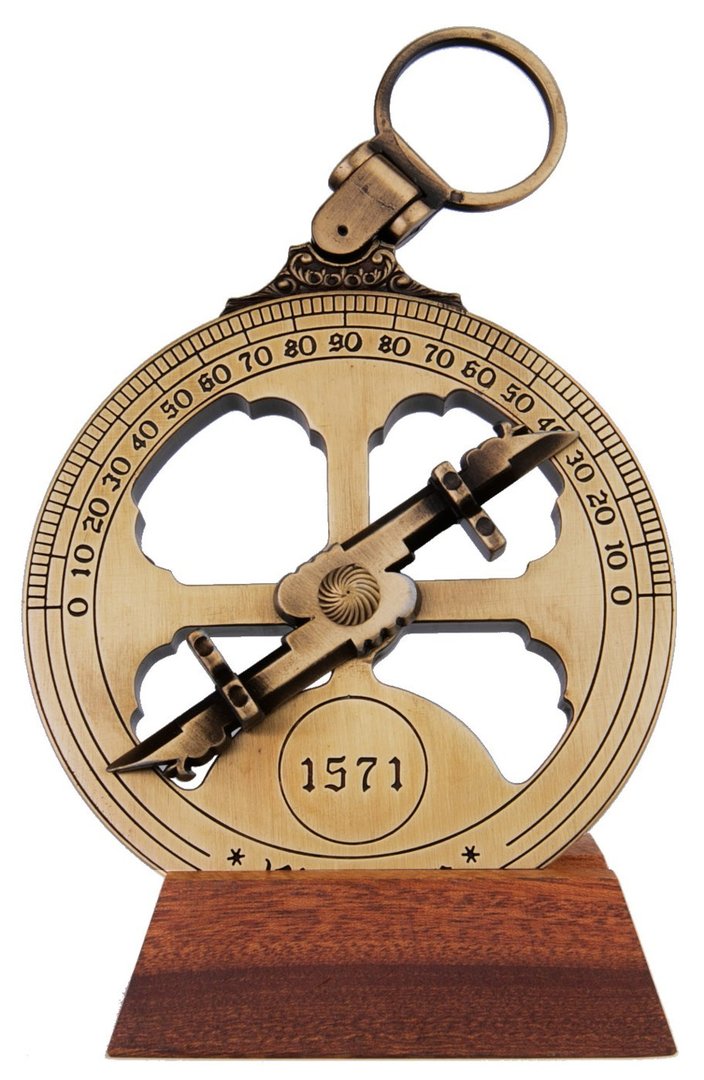 The nautical astrolabe is the simplification of the planispheric or astronomical astrolabe, and can only calculate the height of the stars. Through the experience of the sailors she has got its final shape. There was then no longer made ??of sheet metal or wood and was merged in bronze or brass, so that the weight, almost two kilos, was retained better when swinging of the boat.
The nautical astrolabe is made easy through a graded ring, with an axis in the center, attached by a transverse frame, four spokes, arranged at 90 ° to each other. The point of intersection with the circle of the radius is in 180 °, which collects most of the mass of the material from which it was constructed the astrolabe so that it has a auslot effect, thereby reducing the air resistance, or the pivoting movement of the vessel, maintaining the vertical position, also in the difficult conditions of navigation on the high seas.
The main purpose of this instrument was to receive the breadth, by the observation of the Sun.
Thanks to “the weighing of the Sun” with the nautical astrolabe, it was possible to sail for the sailors of this period the Atlantic, Indian and Pacific Oceans. It was used by Columbus, the Pinzon brothers, Vasco de Gama and Juan de la Cosa, among others, between the fifteenth and seventeenth centuries. In the middle of the sixteenth century, its decline began.

Be the first to review “Nautical Astrolabe, 10∅x15cm” Cancel reply