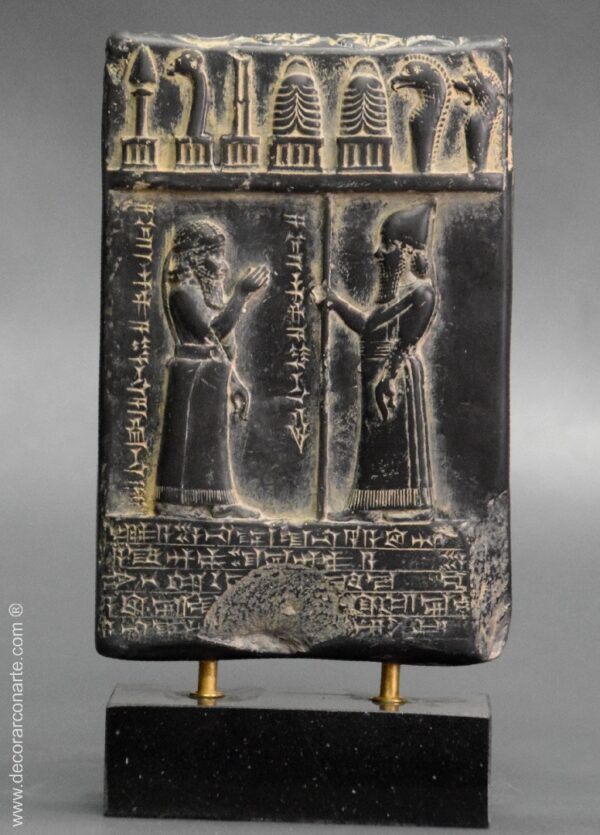 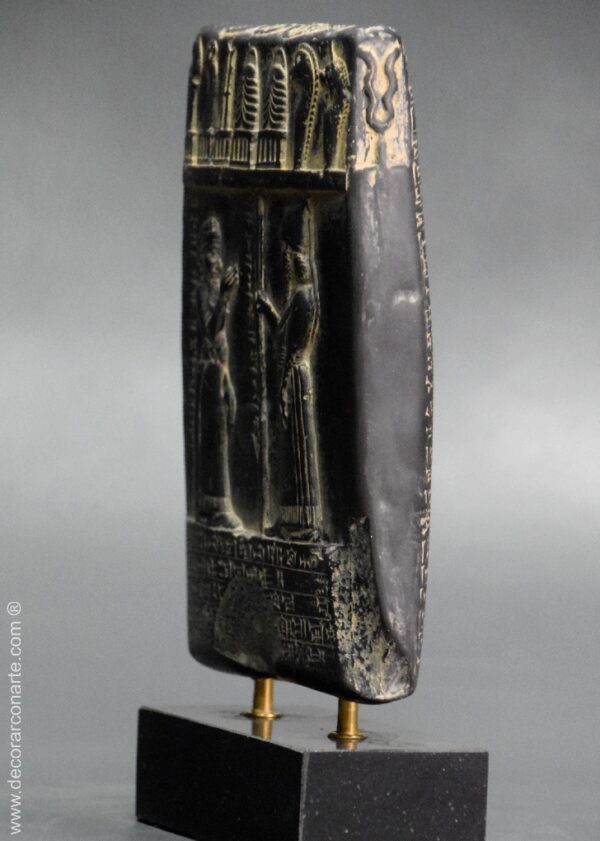 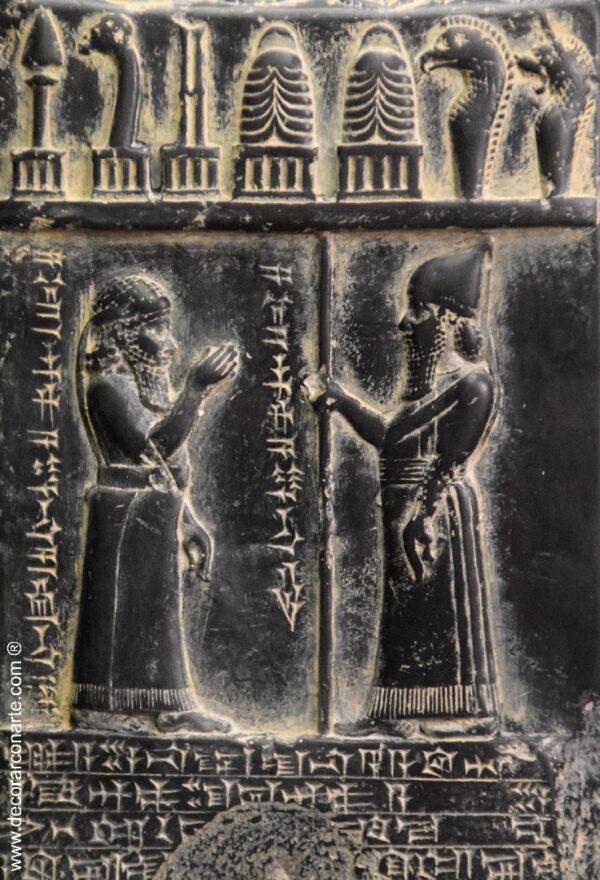 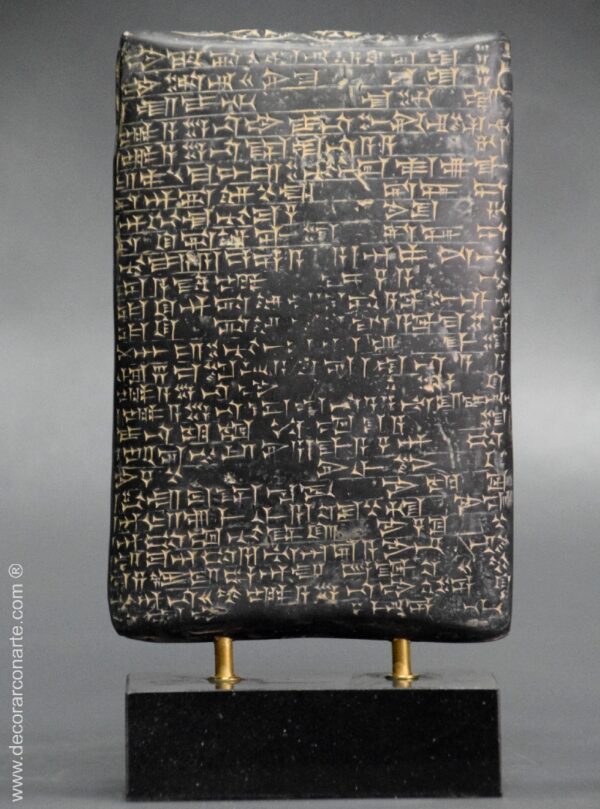 Reproduction of a Babylonian tablet of King Nabu-Apla-Idina made of reconstituted marble (marble powder + binder). Finished with an ageing patina.

In this piece we reproduce a Babylonian tablet of King Nabu-apla-iddina dated between 875 and 850 BC. The original piece is in the British Museum in London.

This tablet depicts the Babylonian king Nabu-apla-iddina (888-855 BC) facing a priest of the same name. It is a document in cuneiform script acknowledging the priest’s concession of land, the result of an appeal to the king to recover land that had belonged to his family.

Nabu-apla-iddina was a contemporary of the powerful Assyrian king Assurnasirpal II, with whom he was able to avoid a direct confrontation, and thus possible loss of territory. He later signed a treaty with Assurnasirpal’s successor, Shalmaneser III. His era was one of a certain revival of Babylon after a period of instability. His reign was characterised by the reconstruction of temples and the copying of numerous ancient writings, which led to a literary renaissance.

Be the first to review “Babylonian tablet of King Nabu-apla-iddina. 20 cm.” Cancel reply