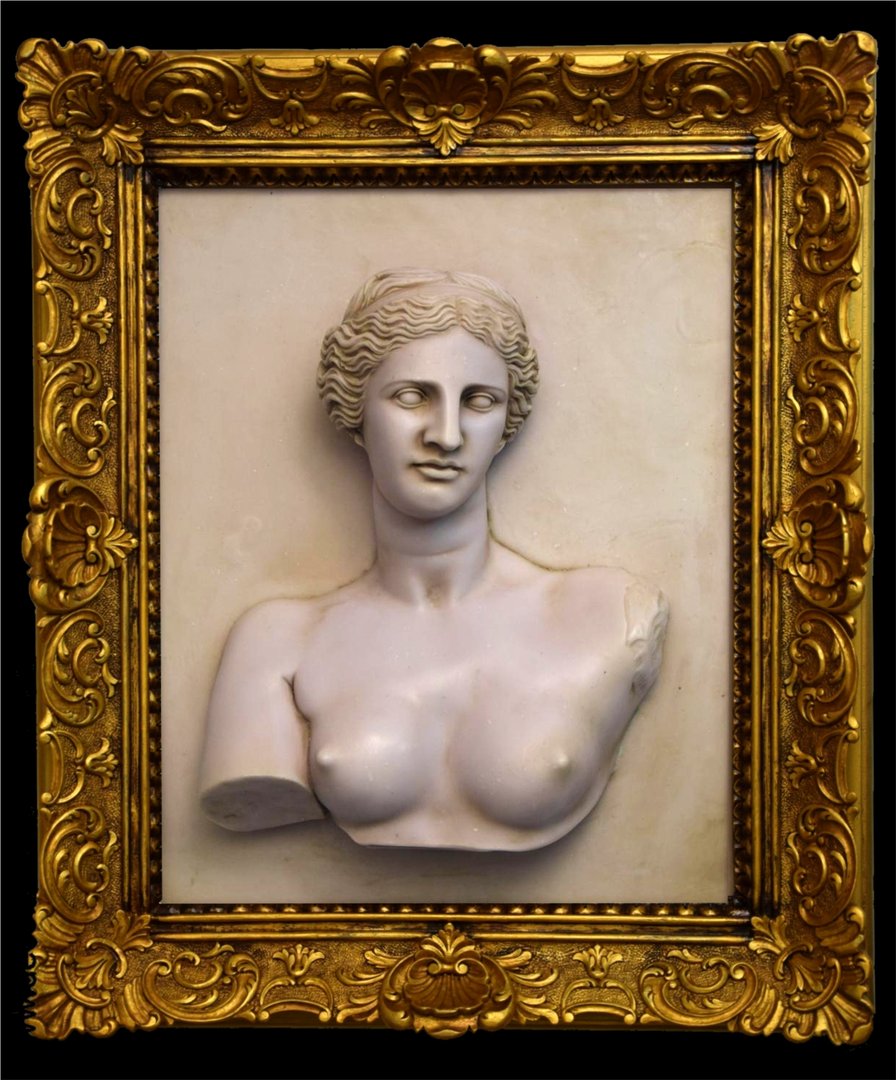 Table in relief: Made of reconstituted marble with a neoclassical resin frame.

Venus de Milo, is an ancient Greek statue and one of the most famous works of ancient Greek sculpture. It was made between 130 and 100 BC, it is believed that they represent Aphrodite, the Greek goddess of love and beauty (Venus for the Romans). The original is a 203 cm high marble sculpture. The arms and the original socket have been lost after their discovery. From an inscription that was on its pedestal, the work is believed to be by Alexandros de Antioquia; The original is currently on display at the Louvre Museum in Paris. The statue is named after the Greek island Milos, where it was discovered.

Be the first to review “Bas-relief of Venus in Golden Frame. 65 x 55 cm.” Cancel reply