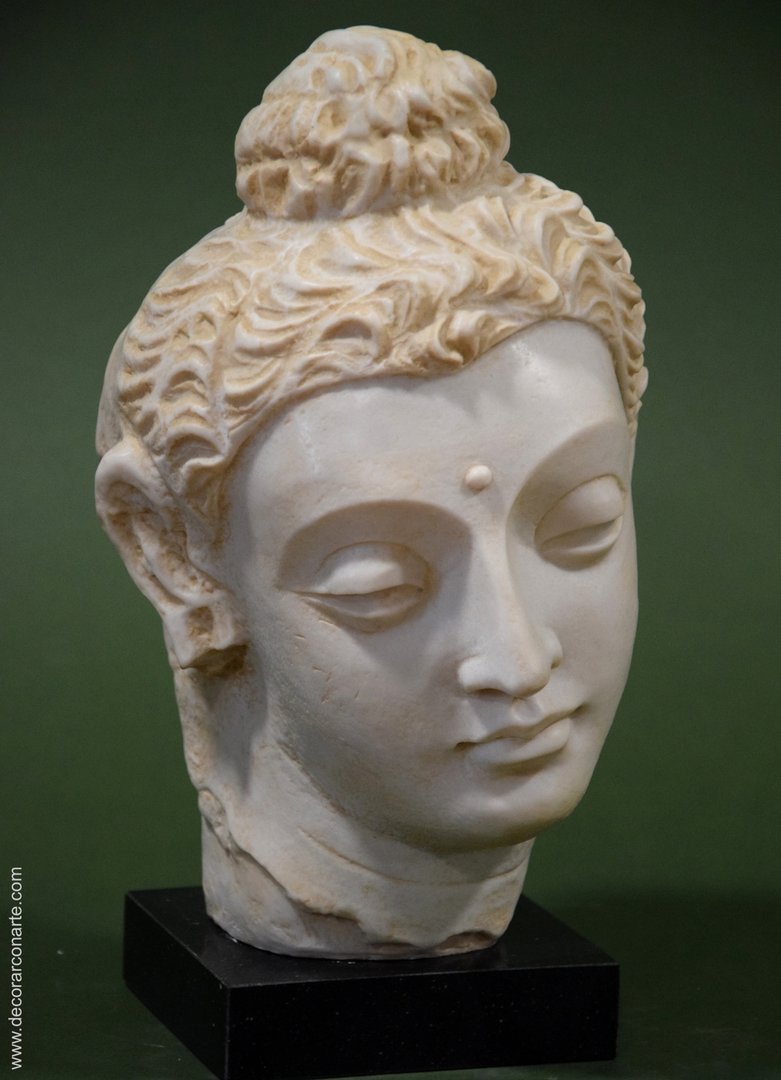 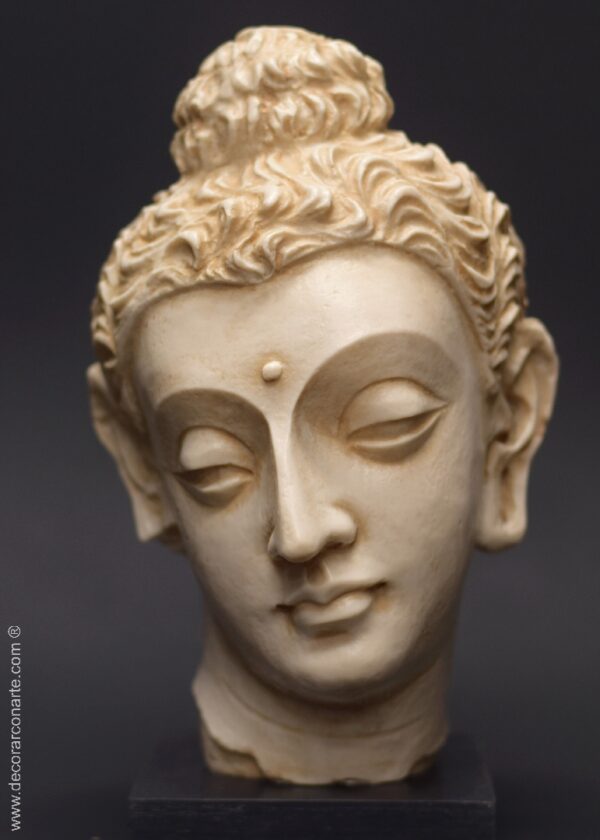 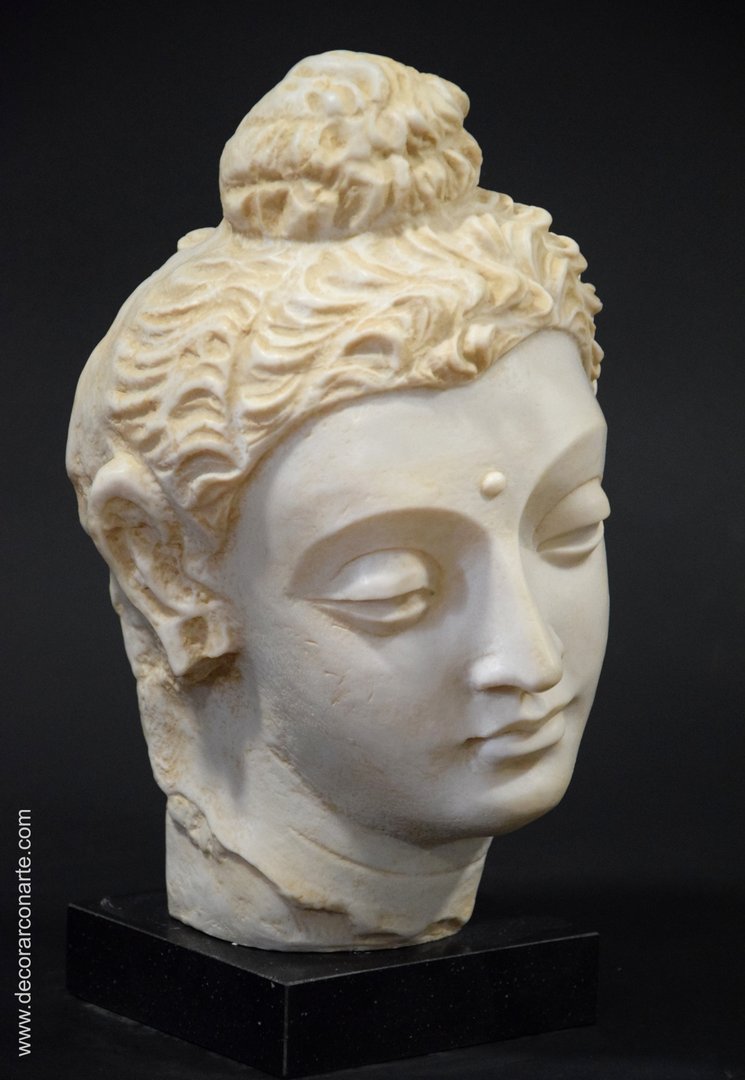 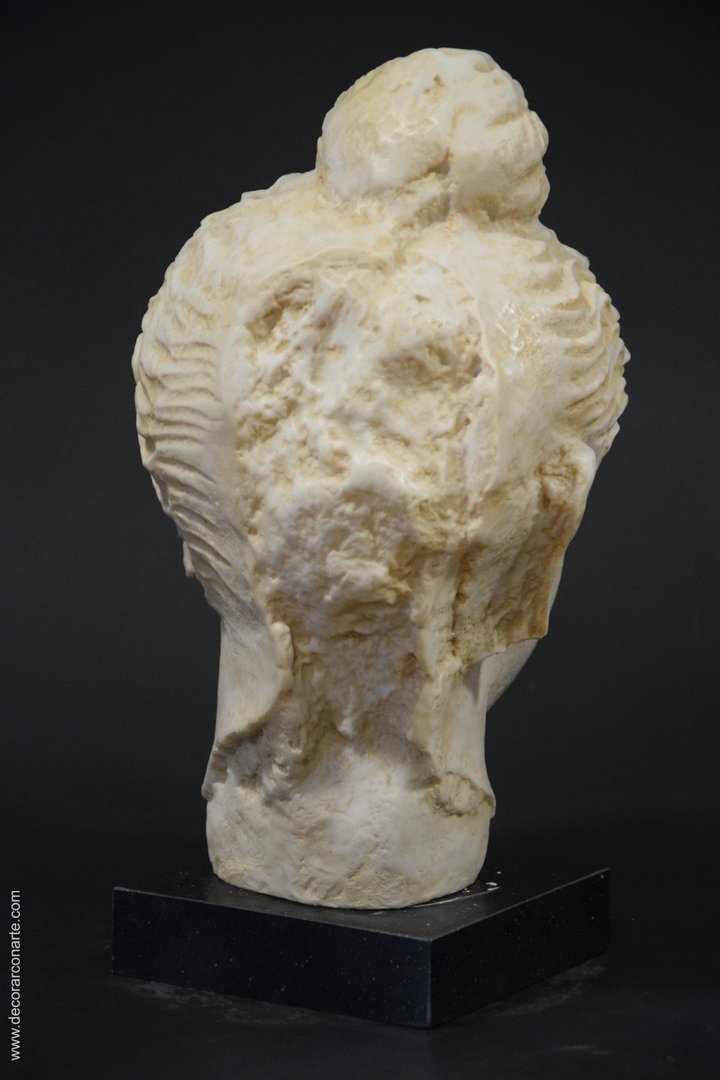 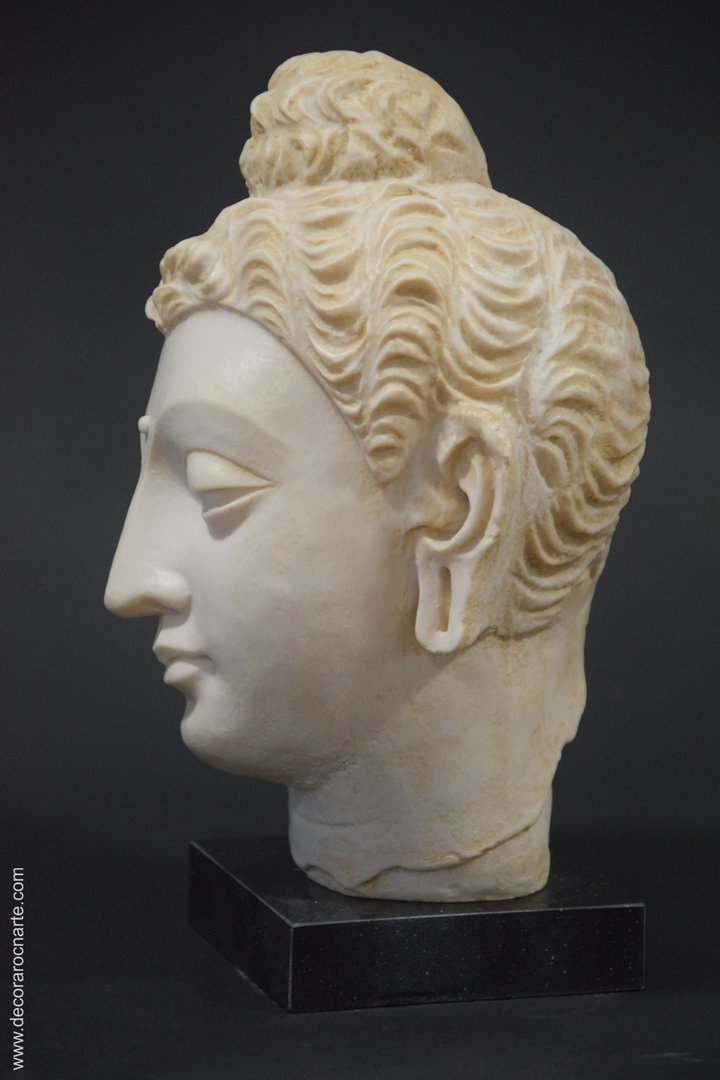 Reproductions or inspirations in antique models.

The original of this limestone piece was found in Gandhara, an ancient province in northwestern India that also included part of Afghanistan. From the reign of Asoka and later under the rule of Kusana, Gandhara became one of the main centres of Buddhist culture. Gandhara art combines aspects of India and Inner Asia with features of Greco-Roman Hellenism. Thus, figures such as the one depicted here are clothed in cloaks and clamshells, and the face offers an aesthetic without precedent in oriental art.

Bodhisatwa, the one whose essence has become discernment, refers to human beings who in the Buddhist tradition have reached the highest degree of evolution. The original is in the National Museum, New Delhi.