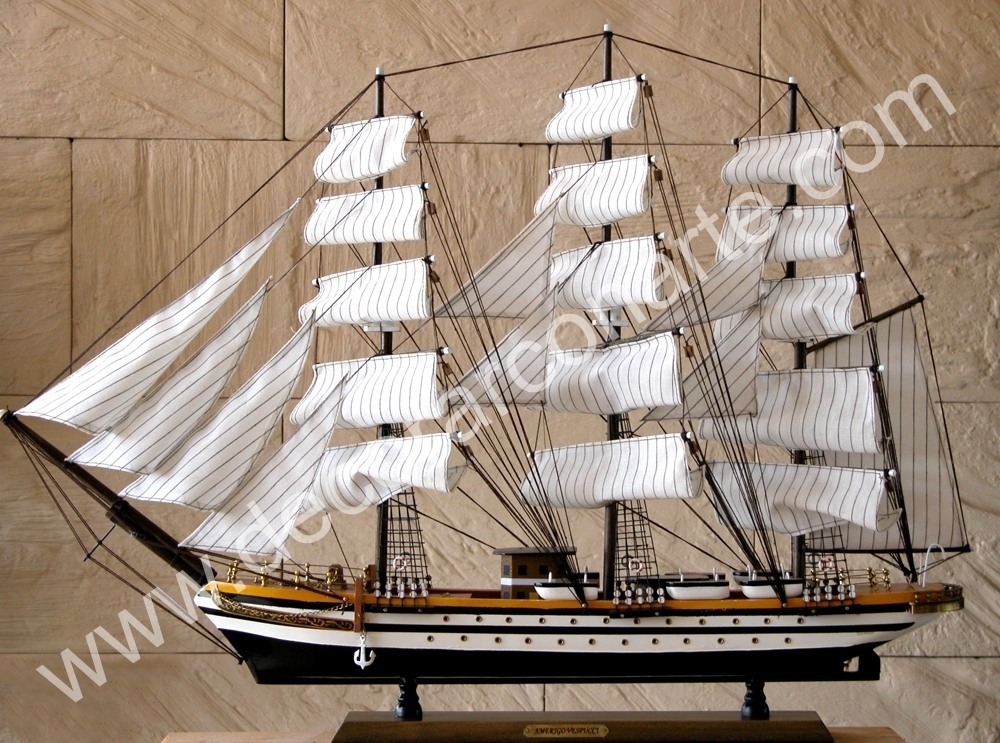 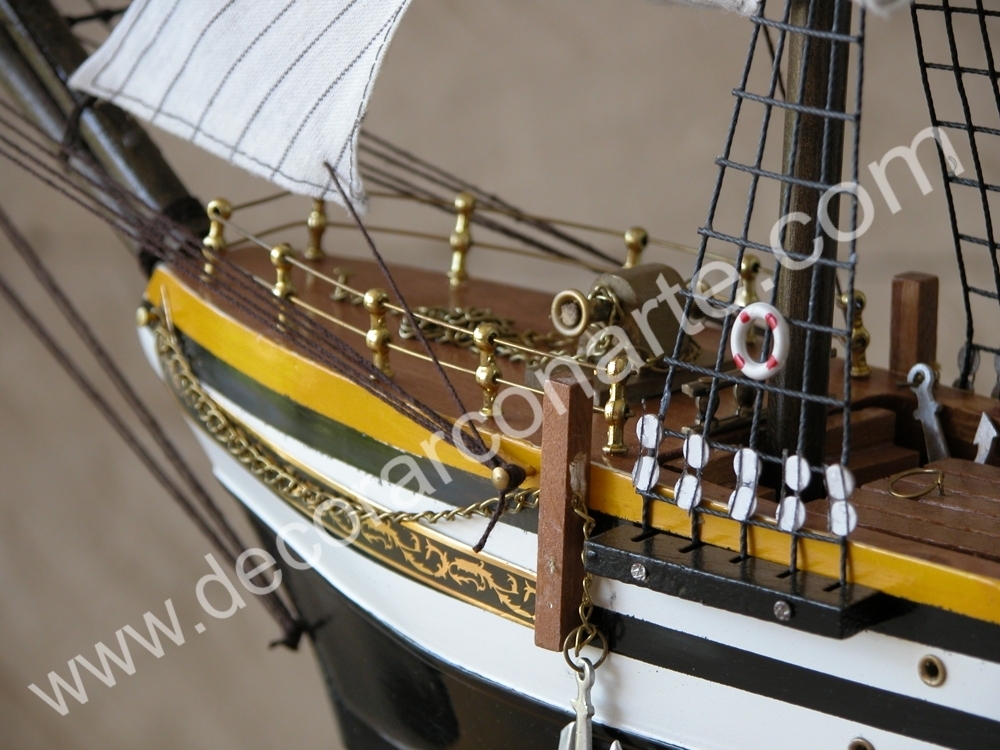 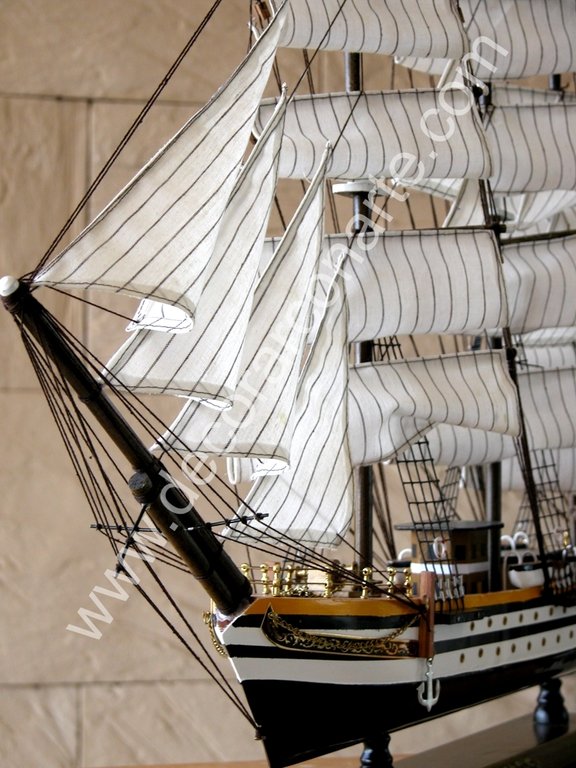 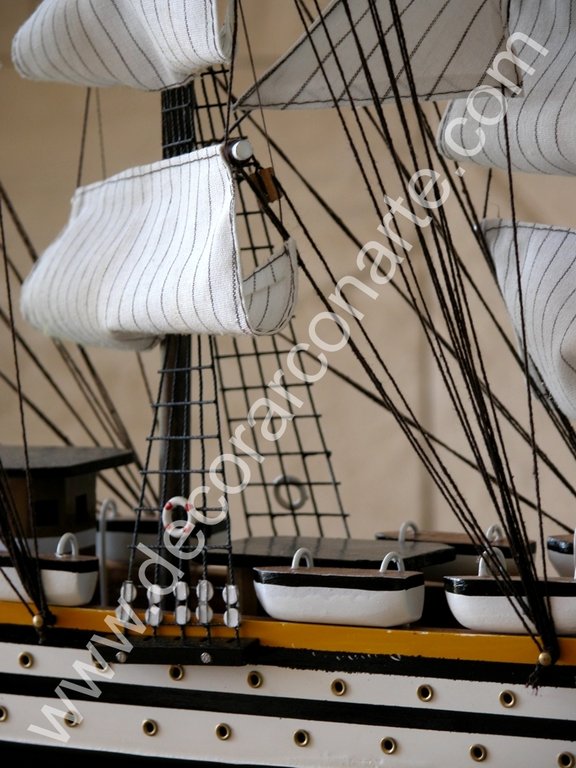 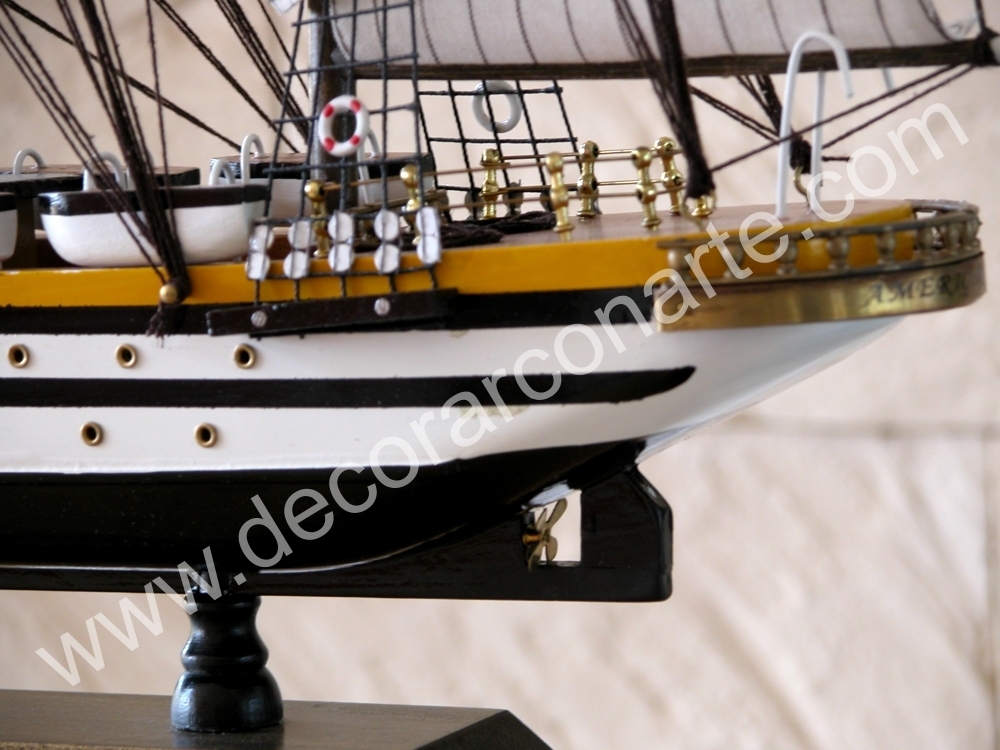 Boats made of quality materials, wood and textiles.Great precision and care details.

The Amerigo Vespucci is a ship of the Navy military of Italy, built in 1930. It was designed by Francesco Rotundi, Lieutenant Colonel of the Genio Navale. On October 15, 1931, in the port of Genoa, he received the battle flag in the hands of its first Commander, Augusto Radicati di Marmorito.
Its mission was the accompanying the Cristoforo Colombo sailboat in the work of training, until the end of the second world war. Its motto is: «Non chi ma quel che comincia perseveres» («not the beginning, but he who perseveres»).