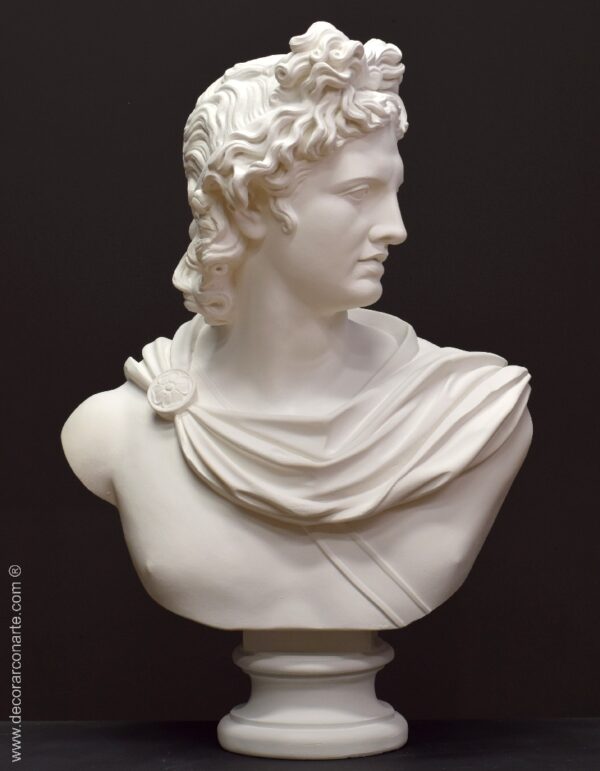 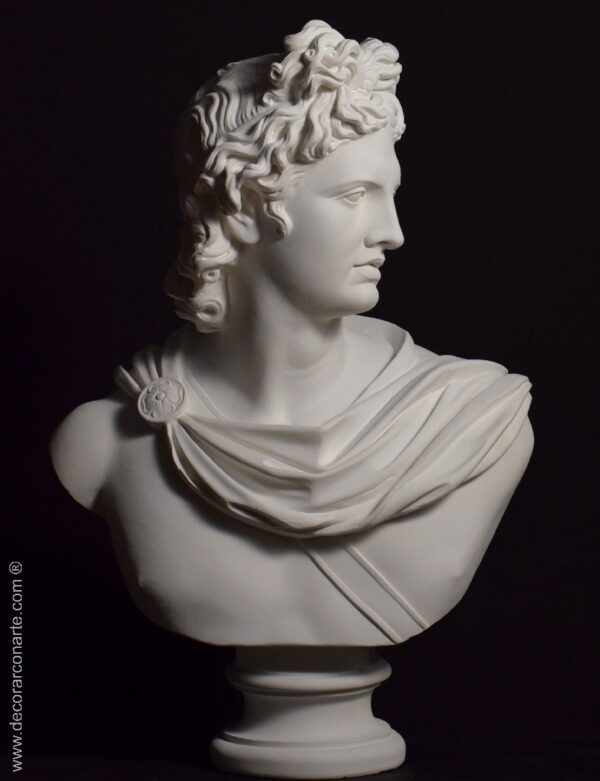 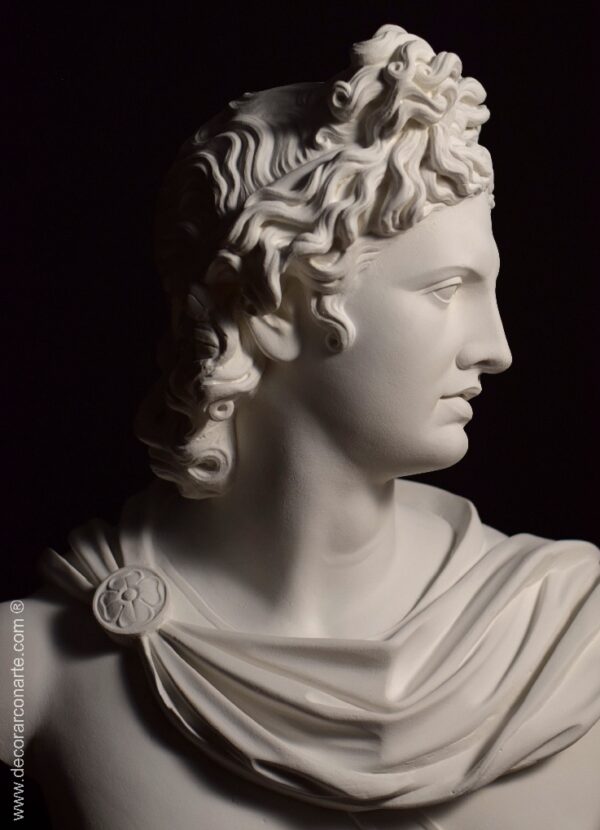 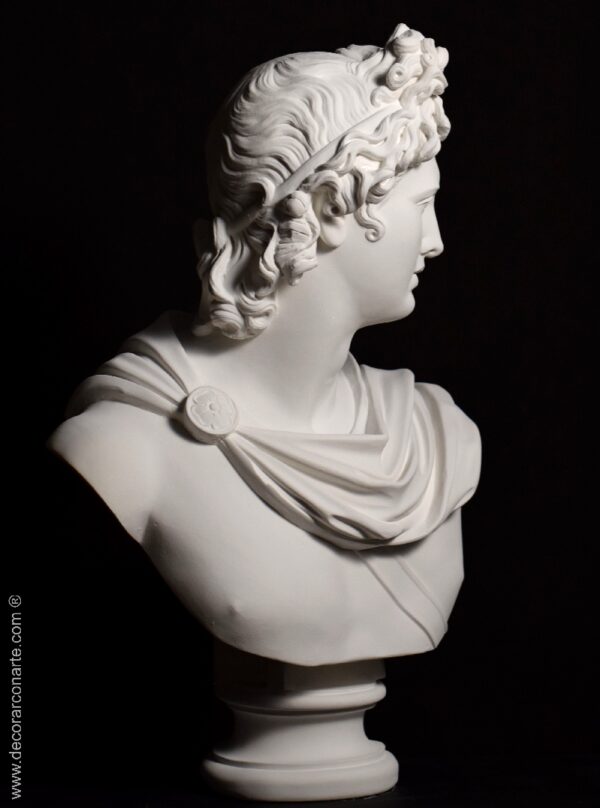 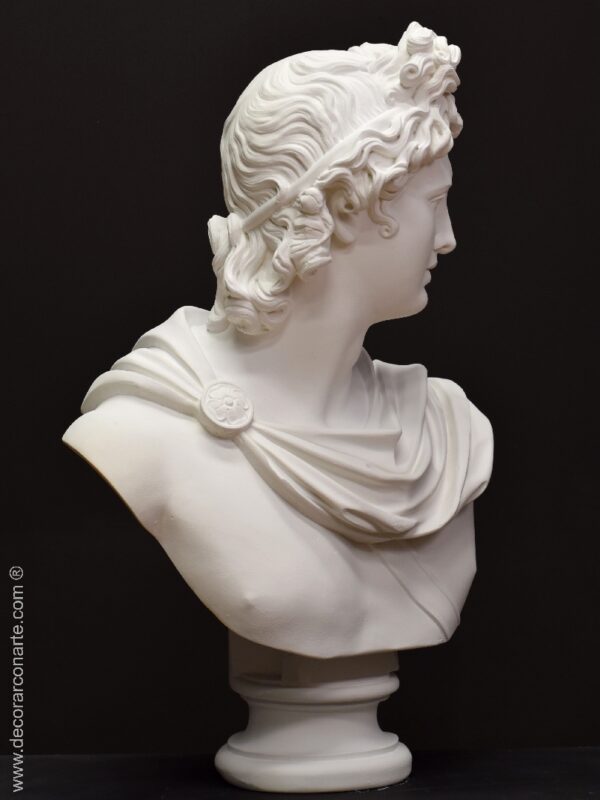 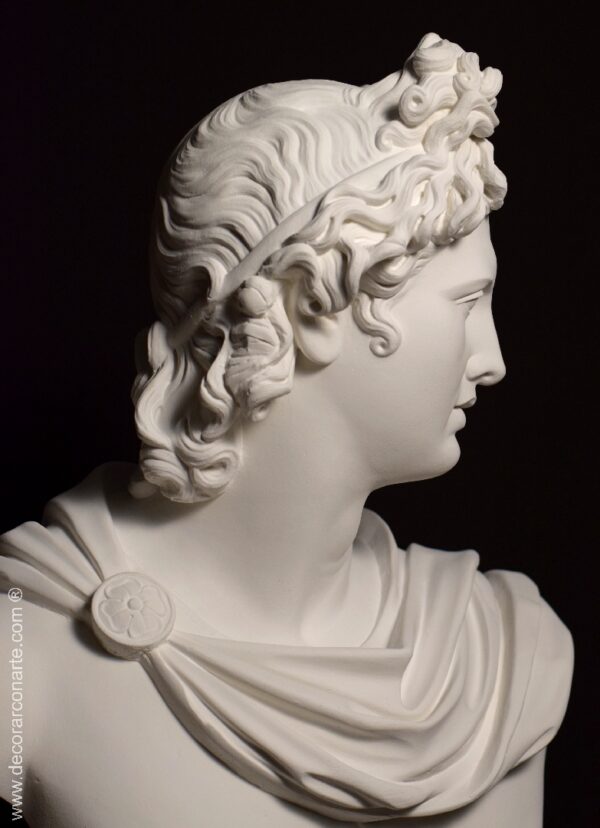 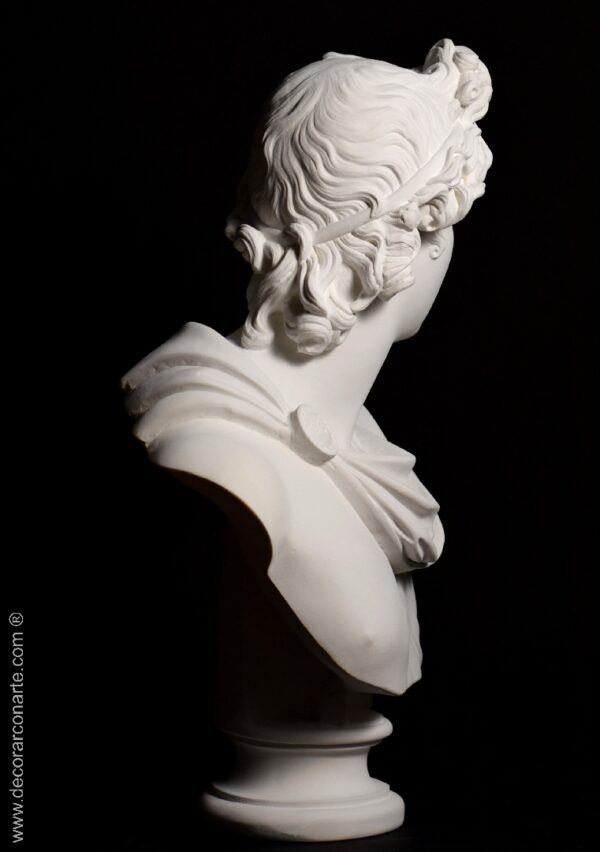 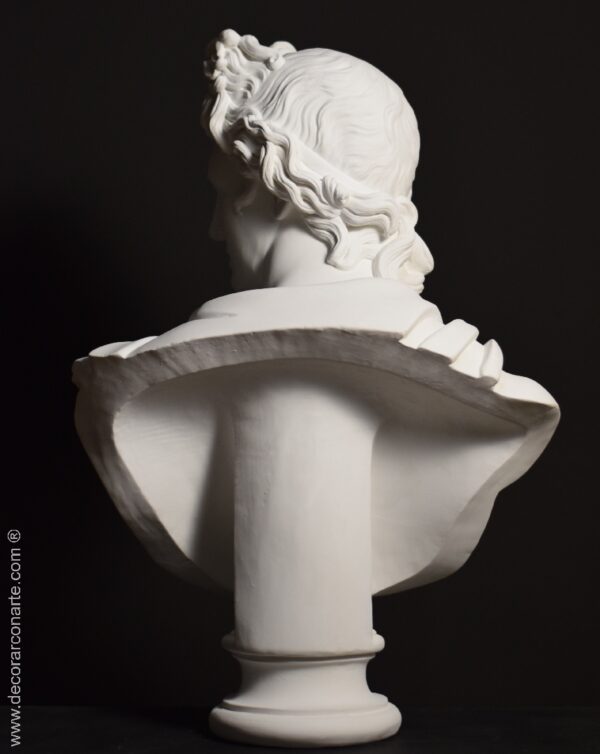 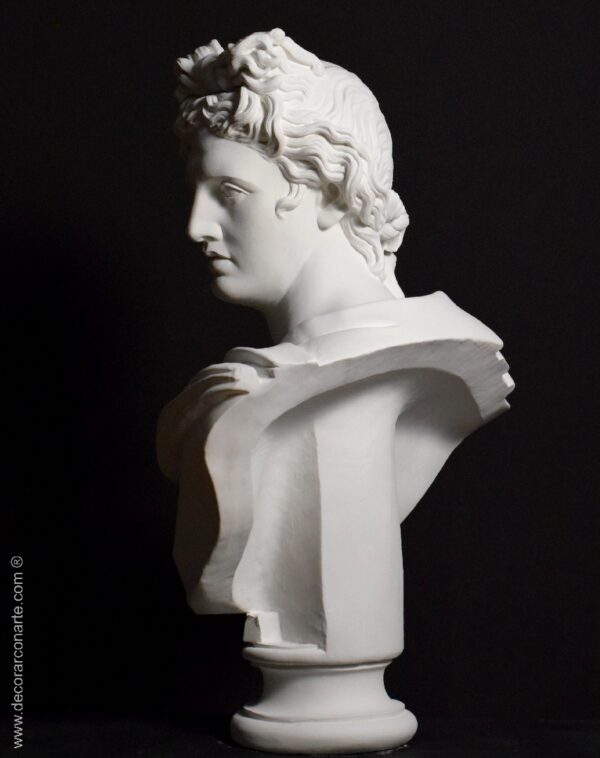 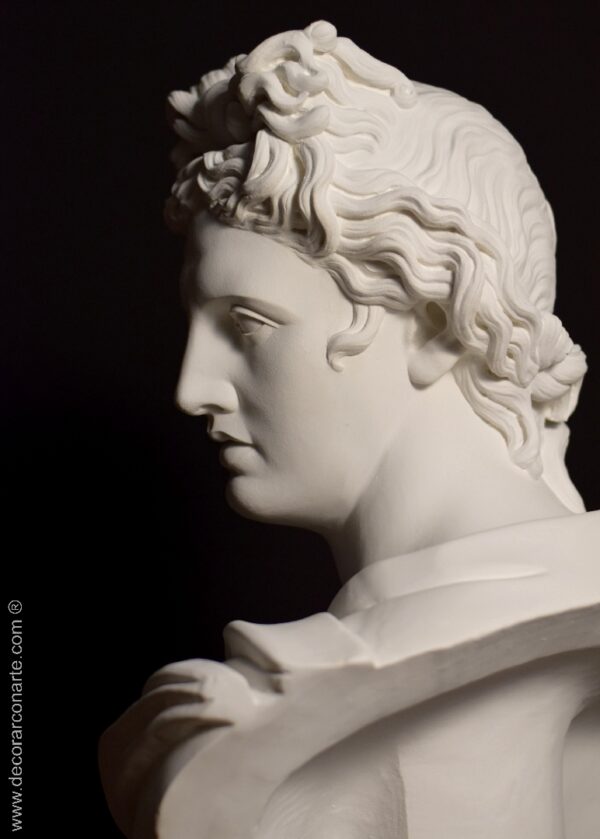 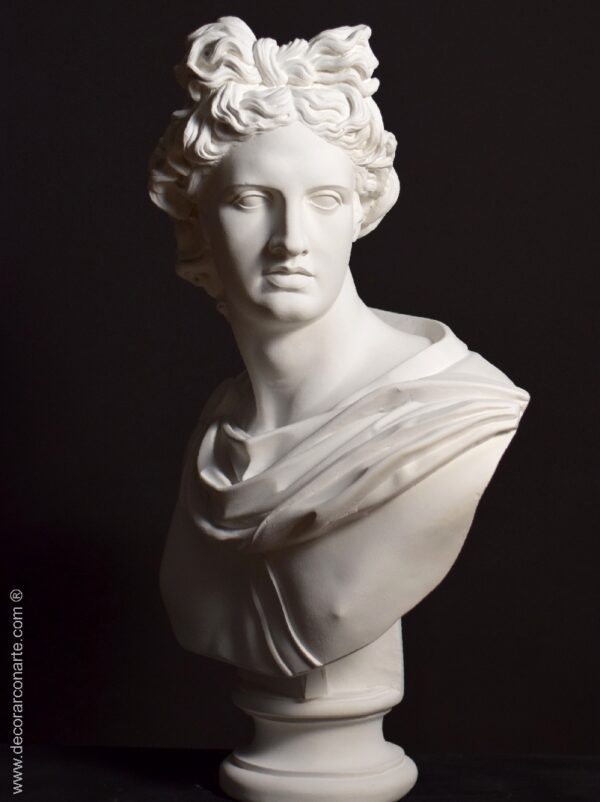 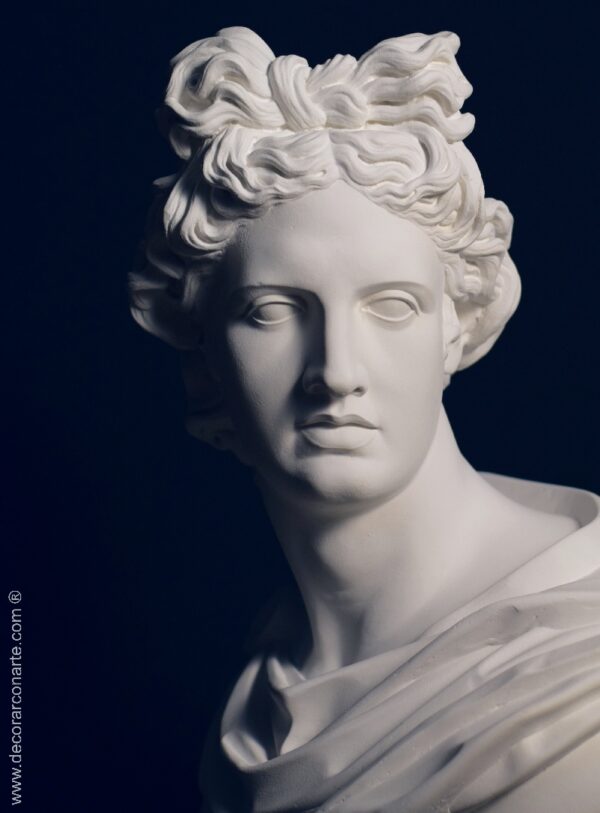 Plaster bust of the Apollo of Belvedere.

Figure made in plaster. Piece made with special plasters and iron oxides. 100% natural materials.

Not suitable for outdoors.

The bust we offer is a plaster reproduction of the sculpture of  Apollo of Belvedere, so called because after its discovery at the end of the 15th century, during the  Renaissance, it was exhibited in the Belvedere Courtyard of the Vatican.  It is supposed to be a Roman copy in marble of a bronze original attributed to the Greek sculptor Leocrates. Also called the  Apollo Pythian, it was considered the finest ancient sculpture by the neoclassicists and for centuries was considered the epitome of the ideals of aesthetic perfection in European and Western culture.

In Greek and Roman mythology Apollo is one of the most important and multifaceted of the Olympian gods. The ideal of the kuros (beardless youth), Apollo has been variously recognised as the god of light and the sun; truth and prophecy; archery; medicine and healing; music, poetry and the arts; and more. Apollo is the son of Zeus and Leto and twin brother of the virgin huntress Artemis. He is known as Apollo in Etruscan mythology, influenced by Greek mythology. Apollo was worshipped in ancient Greek and Roman religion, as well as in modern Neo-Hellenism.

Be the first to review “Bust of Apollo of Belvedere. Plaster. 77 cm.” Cancel reply