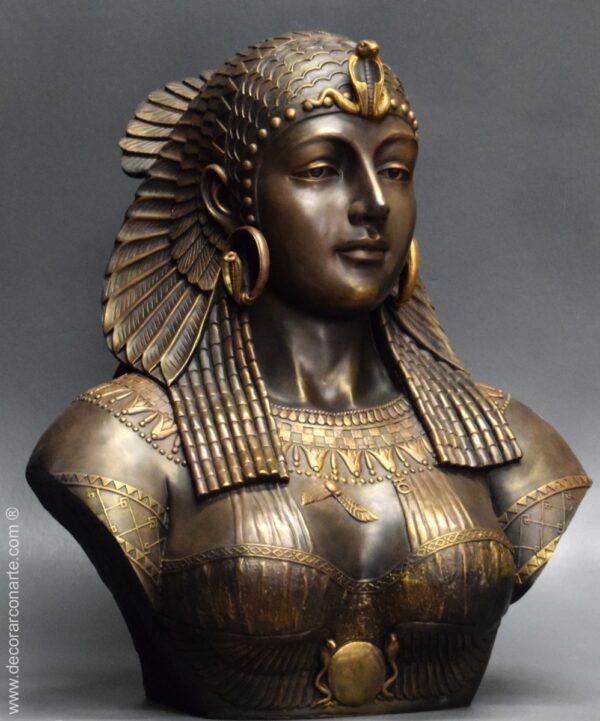 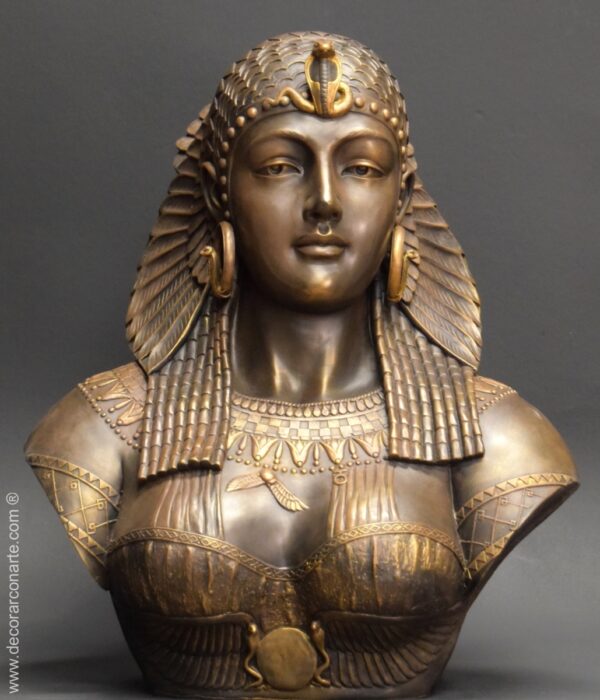 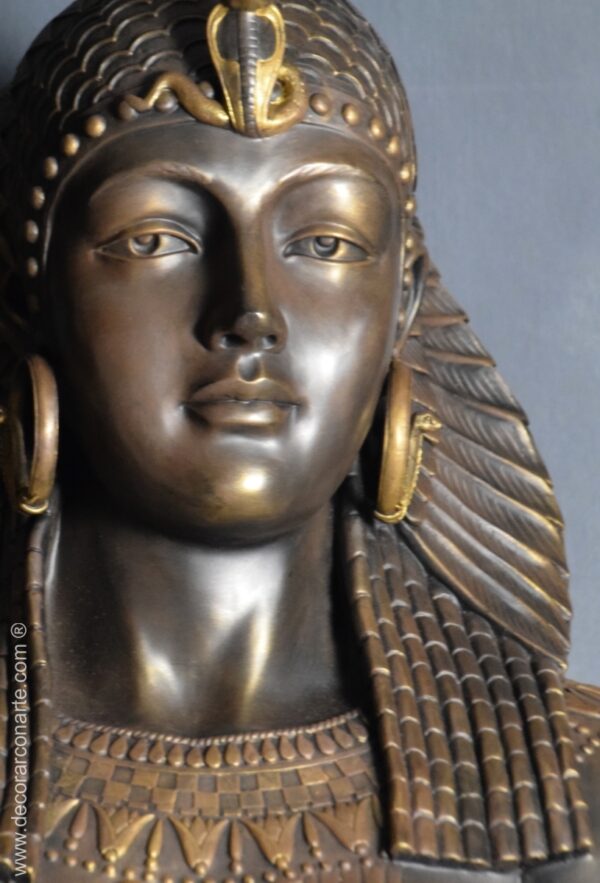 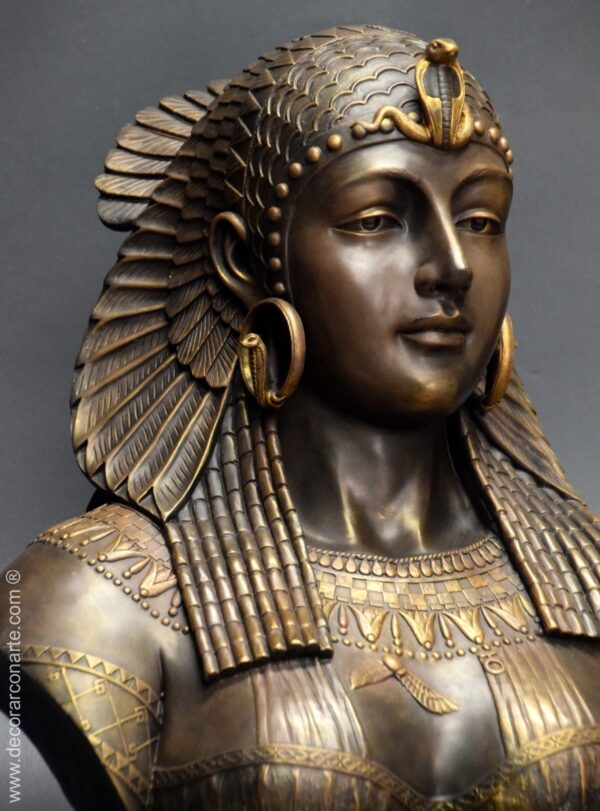 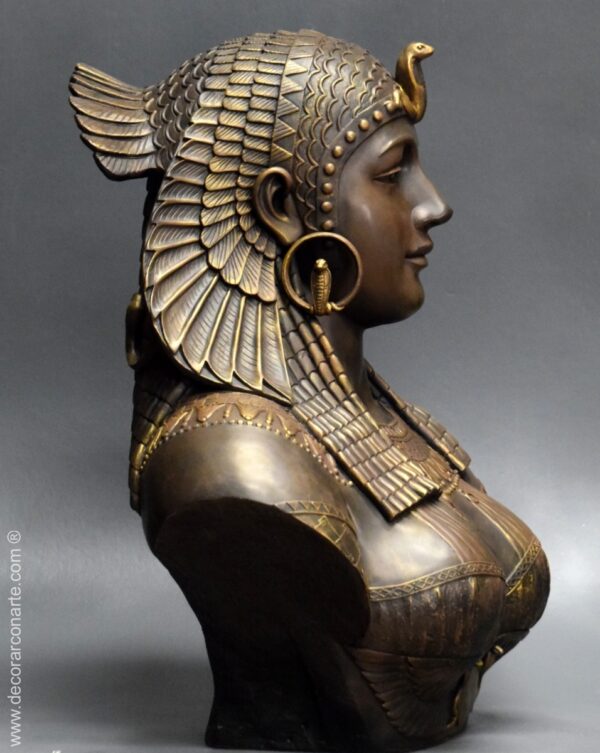 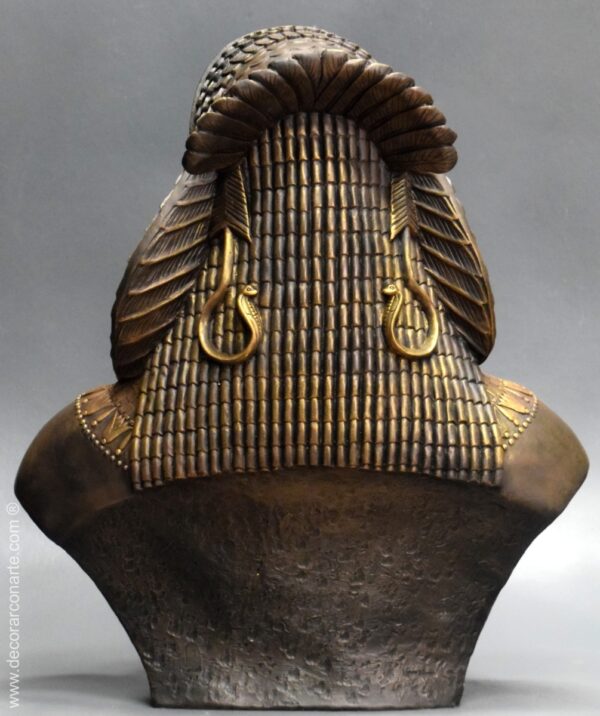 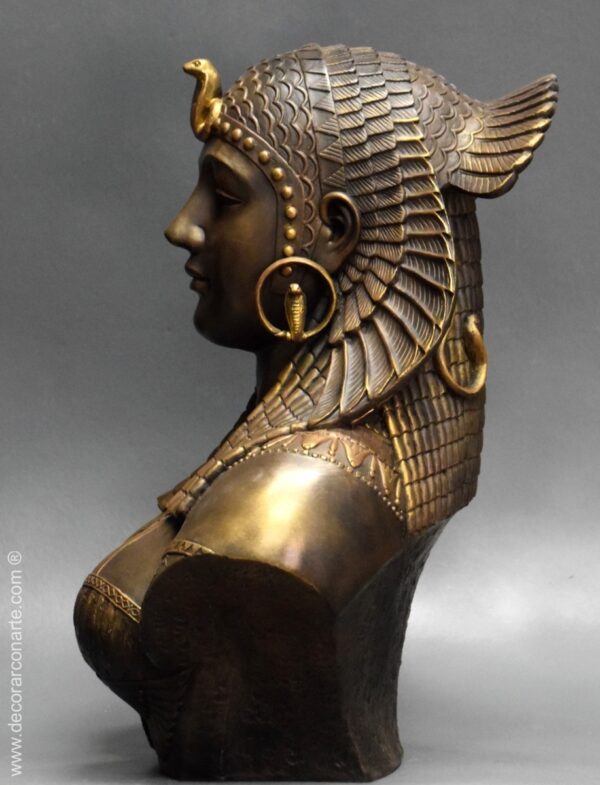 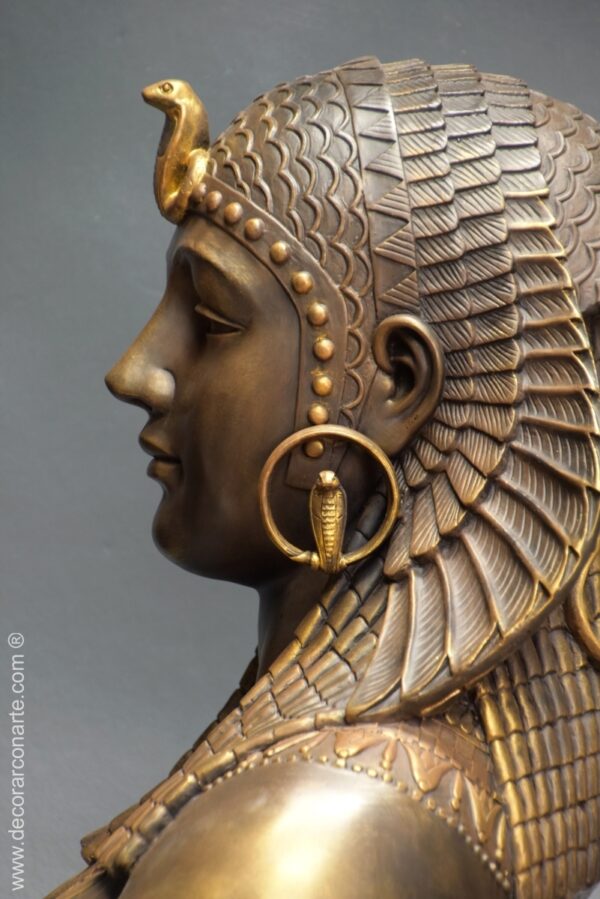 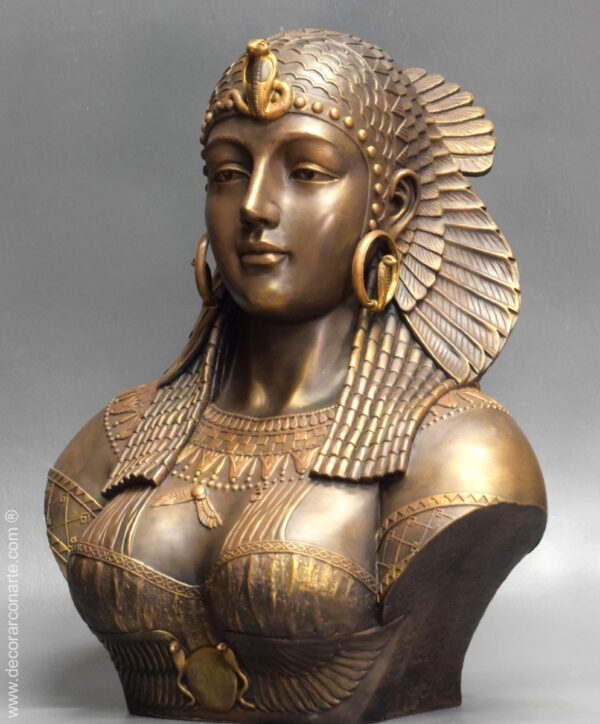 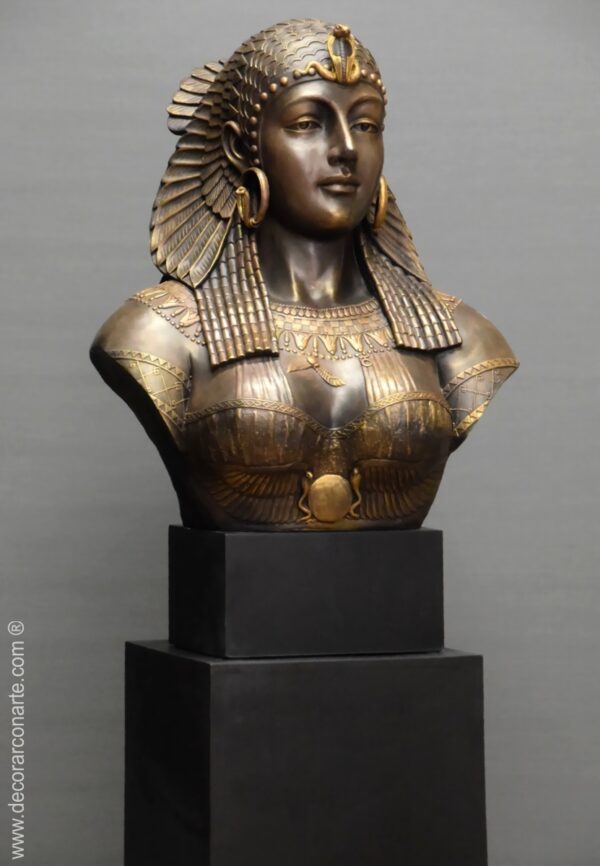 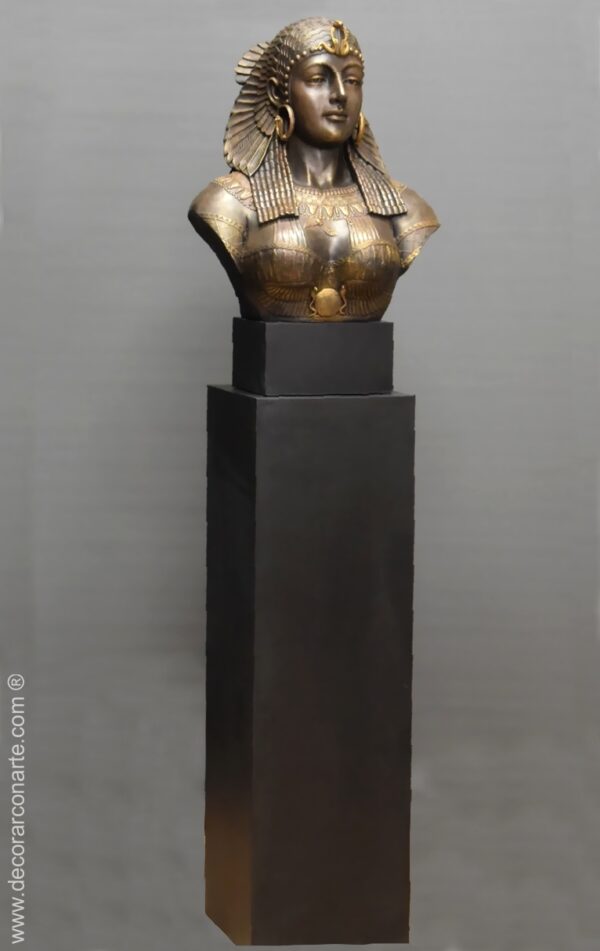 Figure made in reconstituted marble with bronze patina finish.

Cleopatra VII Thea Philopator (69 BC – 30 BC) was the last queen of Egypt of the Ptolemaic dynasty, a descendant of Ptolemy I Soter, general of Alexander the Great. She was noted for her broad culture and great intelligence. She entered into alliances with Rome, and her relationship with Julius Caesar and later with Mark Antony became popular. After his defeat in the battle of Accio against Octavian (future emperor Octavian Augustus) Cleopatra committed suicide, according to popular belief, by being bitten by a cobra.

This sculpture is  Imperial style, the successor to Neoclassicism during the Napoleonic period.  The discoveries in Egypt during the Napoleonic campaigns brought the phenomenon of Egyptomania to Europe, which was reflected in the decorative arts, furniture and jewellery, as well as in painting, architecture and sculpture.