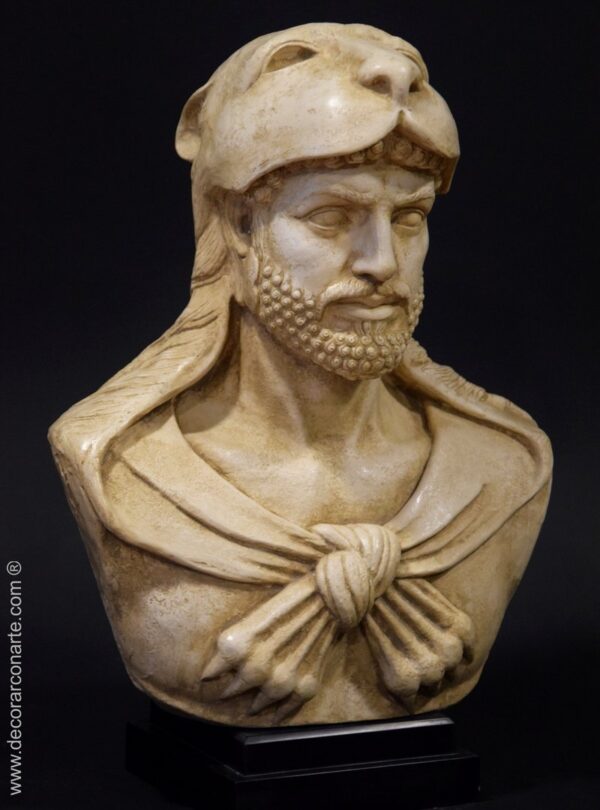 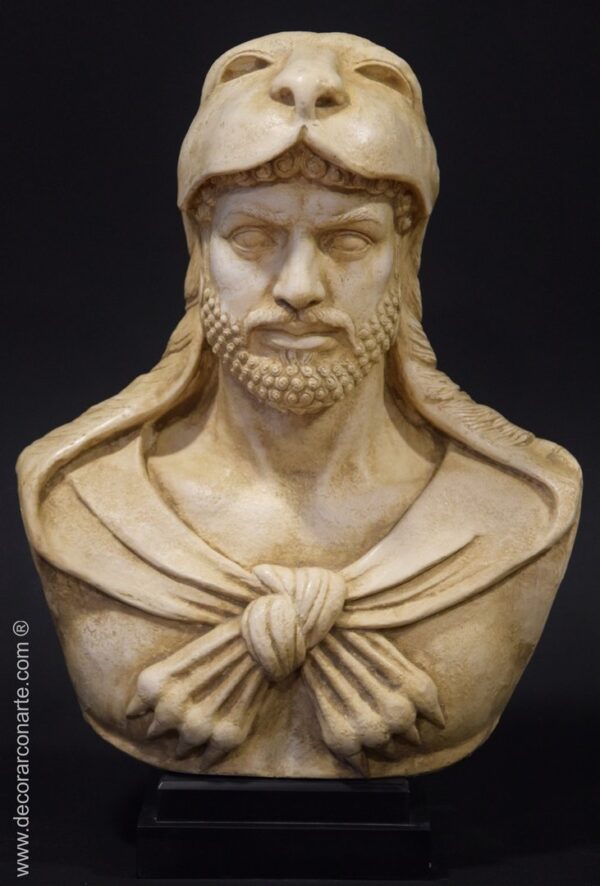 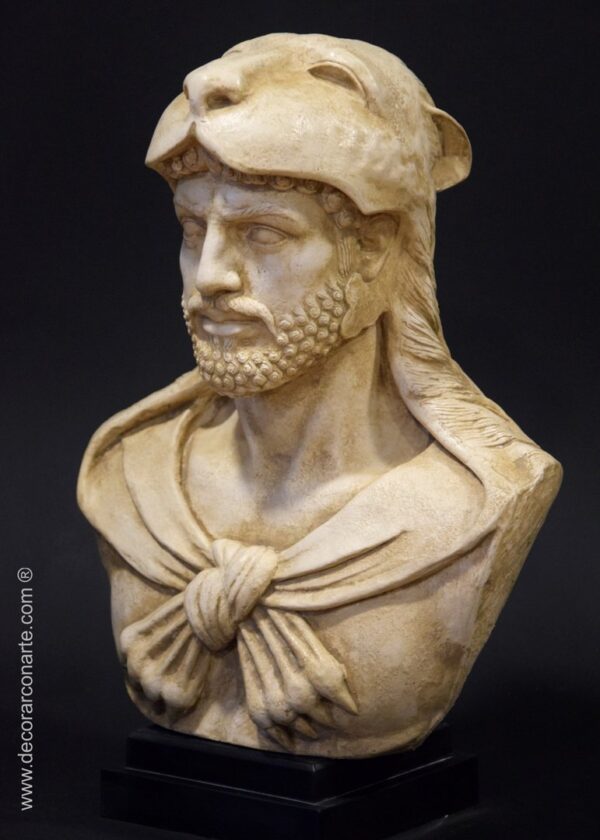 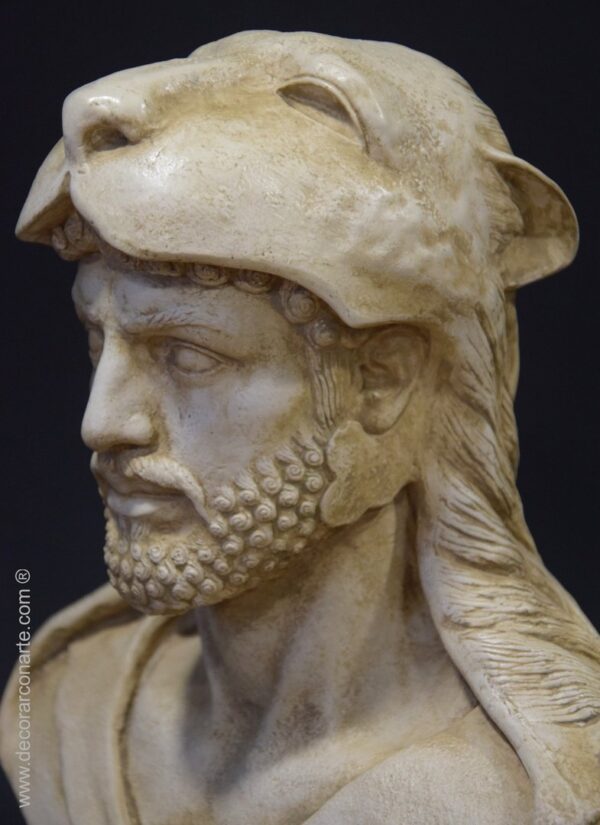 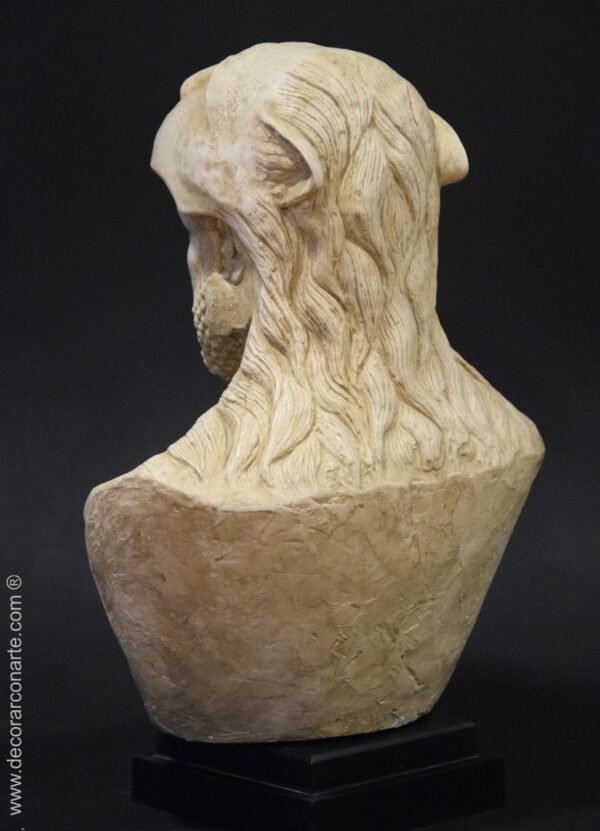 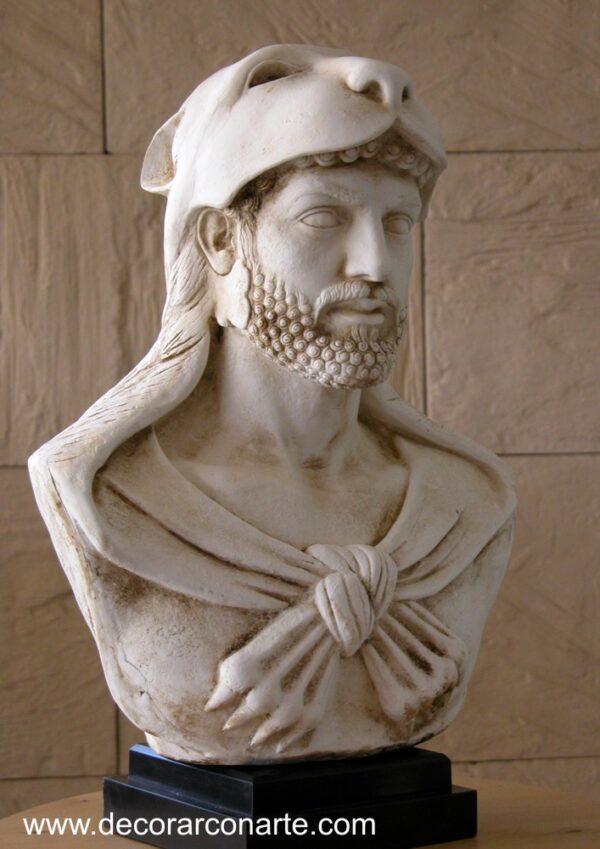 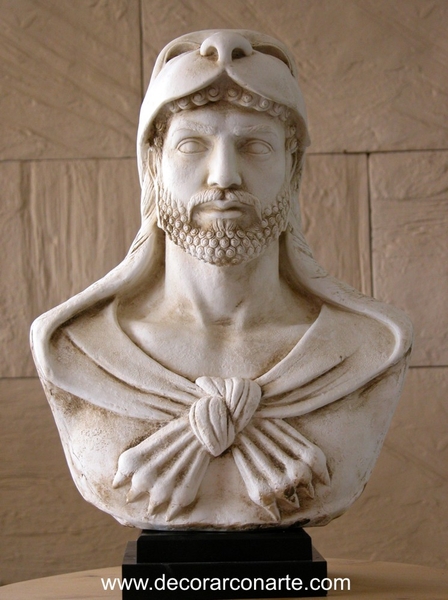 Bust of Hercules with lion head

Figure of the Bust of Hercules. Reproduction made of marble reconstituted on an elegant base in black.

Heracles is the human hero par excellence; simply, brave and good; violently and generous; sighted and foolhardy; but also persevering and tireless. He is the sublime son, for his gigantic works and great benefits. He is the big sufferer and the big pursued. But he is also the great smiling; He laughs at his suffering and continues to act. In this piece that we present here, we see the hero coated with the skin of the Nemean Lion, whose hunting was one of his twelve labors. Heracles started shooting him arrows, but without result; then, threatening him with the mace, he forced him into his lair, and obturated one of its entrances; then he taking him in his arms, to drown him. Dead the beast, Heracles skinned him and coated with his skin; the head served him as helmet. Teócrito tells that the hero has been long time perplexed with the skin, which neither the iron or the fire could rip. Finally, he got the idea to cut it with their own claws of the lion, and thereby he got his purpose.

Be the first to review “Bust of Hercules with lion head. 44x29cm” Cancel reply