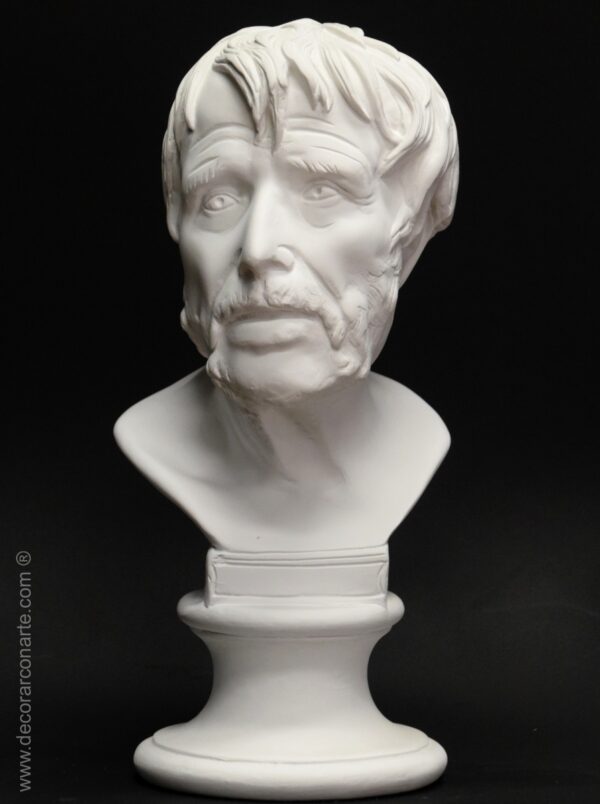 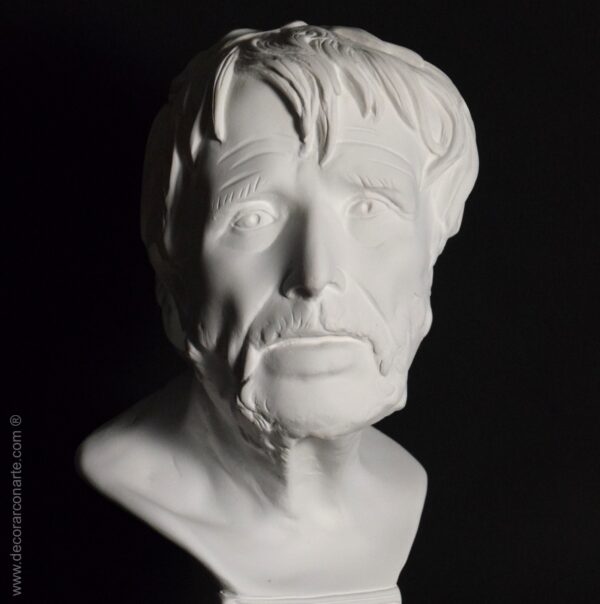 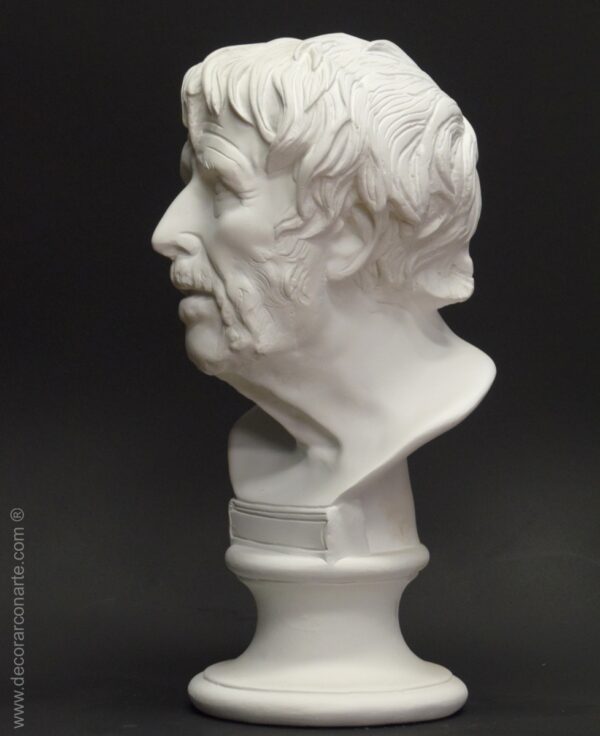 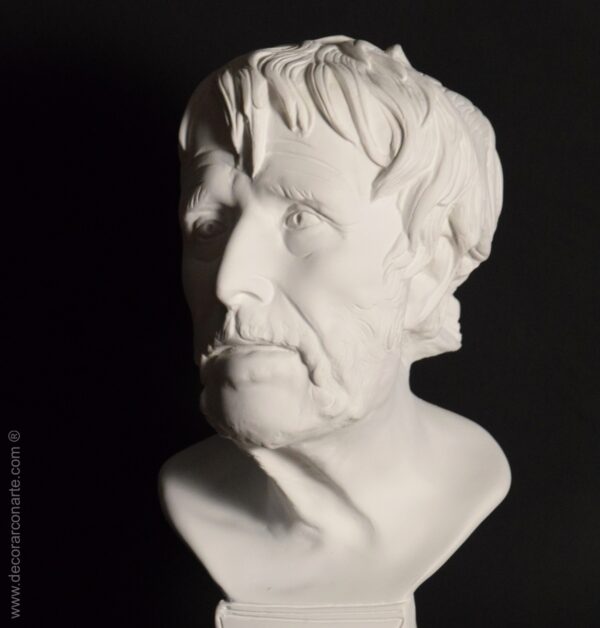 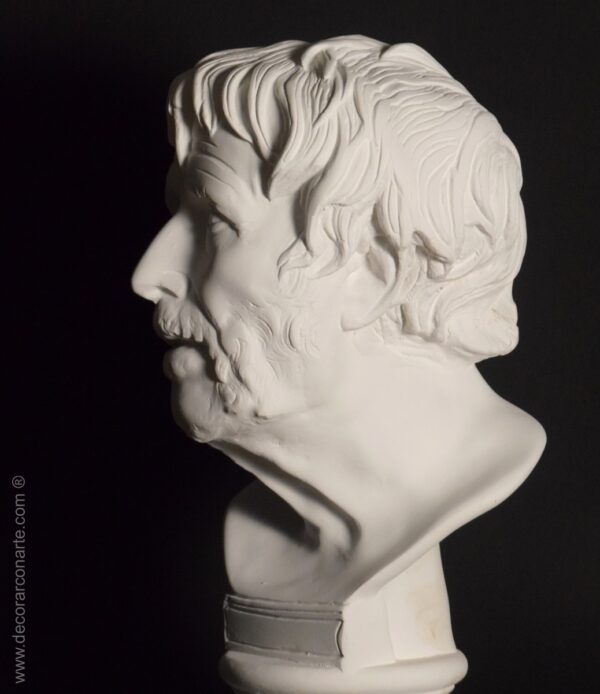 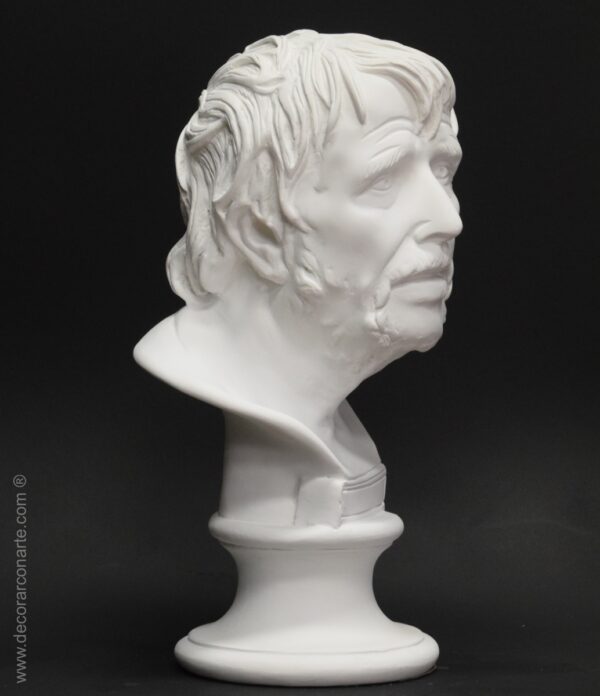 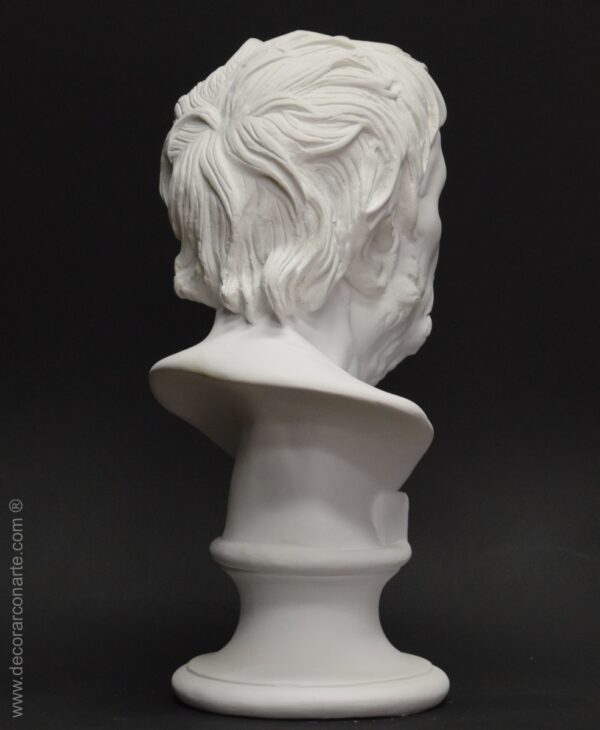 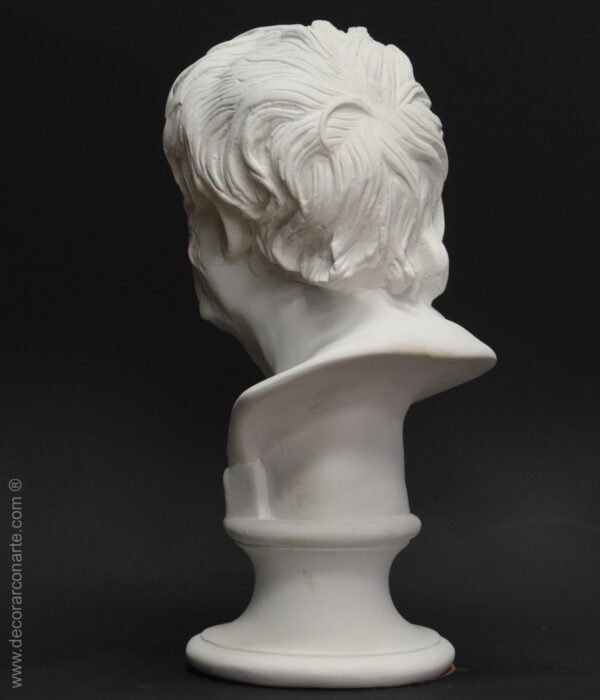 Add to wish list
Categories: Sculptures and figures of plaster, The Stoic Philosophers - A Model of Strength and Joy, Varied Busts
Secure payment:

Plaster bust of Seneca. Reproduction made with special plasters and iron oxides. 100% natural materials. Not suitable for outdoors.

Lucius Annaeus Seneca was a Roman philosopher, politician, orator and writer known for his moralistic works. The son of the orator Marcus Annaeus Seneca, he was quaestor, praetor and senator of the Roman Empire during the governments of Tiberius, Caligula, Claudius and Nero, as well as minister, tutor and advisor to the Emperor Nero.  Seneca went down in history as the greatest representative of Roman stoicism and moralism after the full decline of the Roman Republic and the beginnings of the Empire.

Be the first to review “Bust of Seneca. Plaster. 46 cm.” Cancel reply