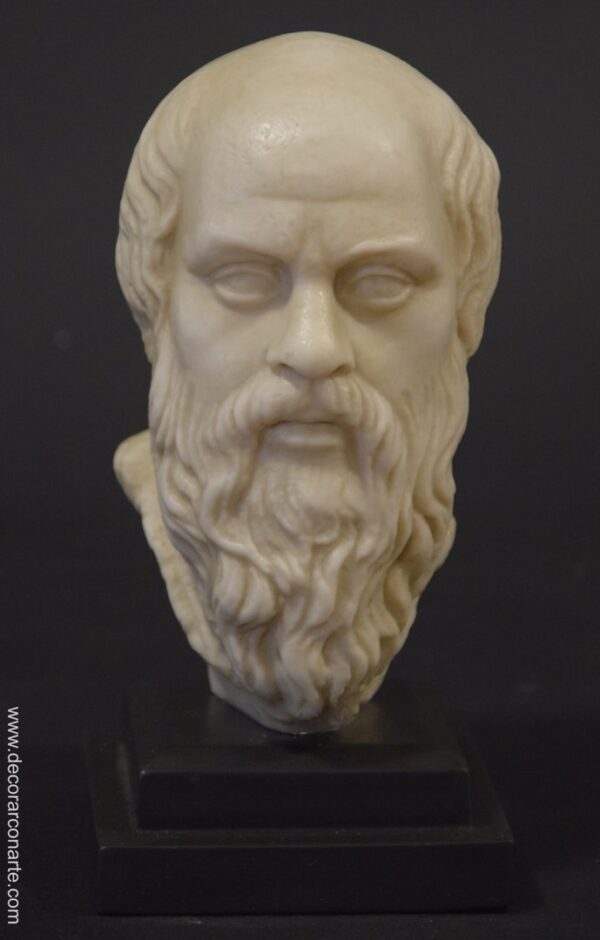 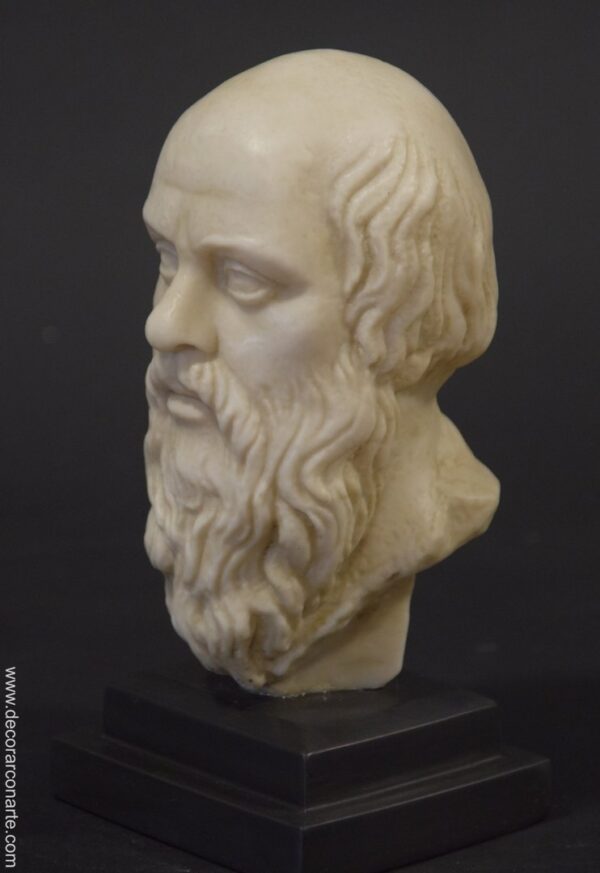 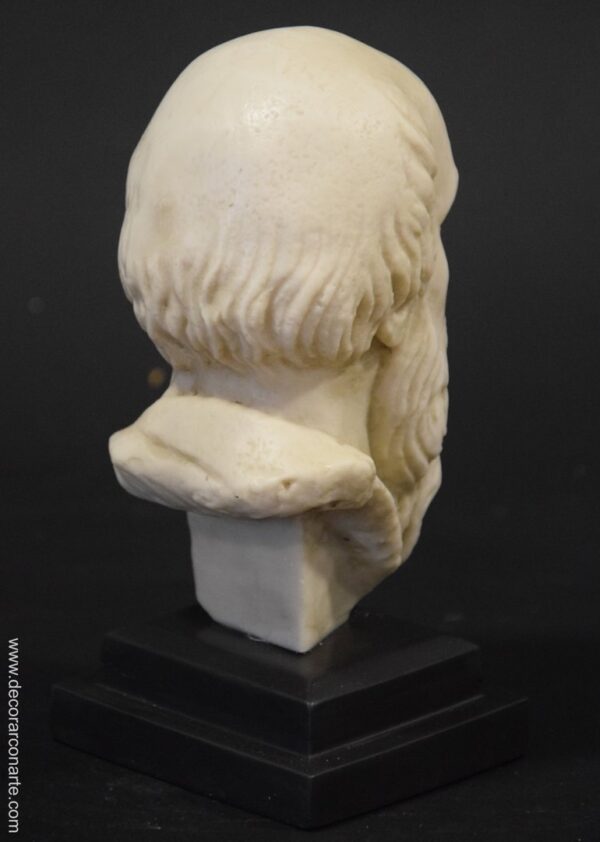 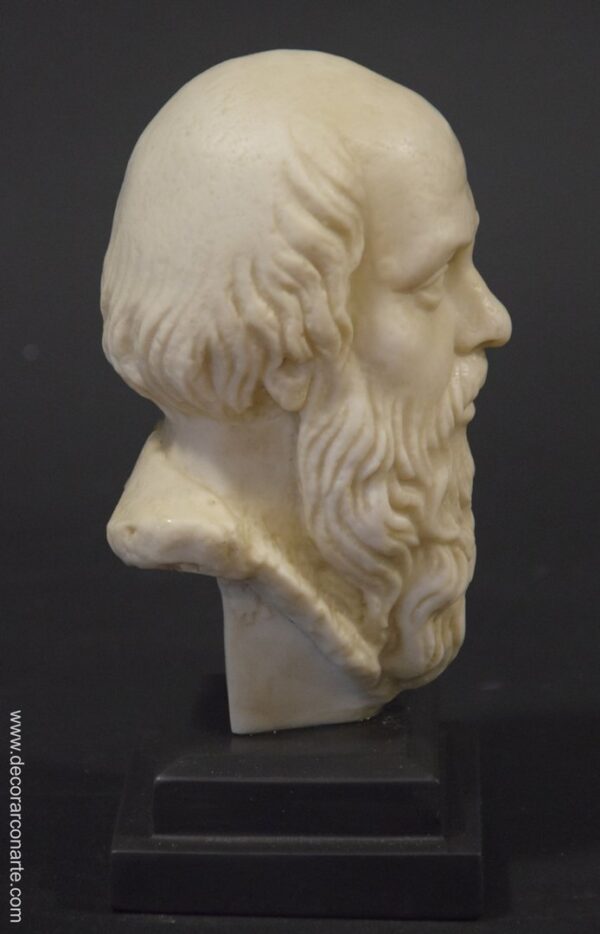 Reproduction of a Greco-Roman figure made of reconstituted marble (marble powder with synthetic resin) finished with an aged patina with natural earth.

Socrates.  Original piece from the 2nd century BC. National Museum of Athens.

The replica presented here comes from a Roman original from Alexandria, sculpted in marble, which in turn is a reduced copy of a Greek sculpture from the 2nd century BC. With his gaze fixed and abstracted, it seems to represent Socrates when he heard the voice of his daimon; or perhaps the philosopher who stood vigil in the starlight in the camp, in front of Potidea, when everyone was asleep. The bust, kept in the National Museum of Athens, exudes a softened sadness: drooping lips, unkempt hair and beard, bowed head and gaze in the distance, communicate a discreet resignation: that of the good man who sees his world blindly drifting away from himself.

In 399 BC Socrates was condemned to drink hemlock on a charge of impiety for allegedly corrupting young people. Although he was offered to flee from prison, he did not accept the offer and preferred to end with his death, freely accepted, a life tirelessly aimed at making people understand that philosophy was not a speculation about the world “added” to other human activities, but a way of being in life for which it is necessary, when necessary, even to sacrifice it.

Be the first to review “Bust of philosopher Socrates. Height: 18cm” Cancel reply