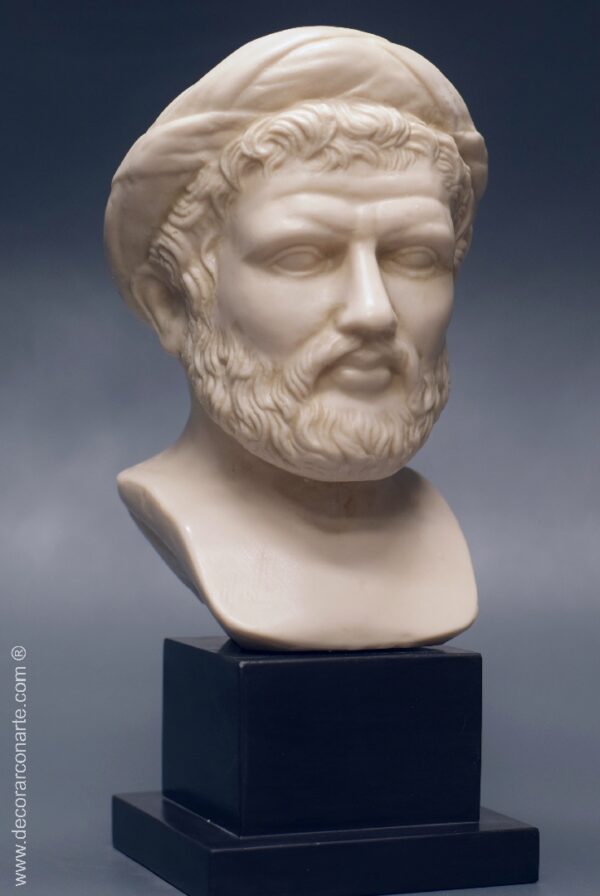 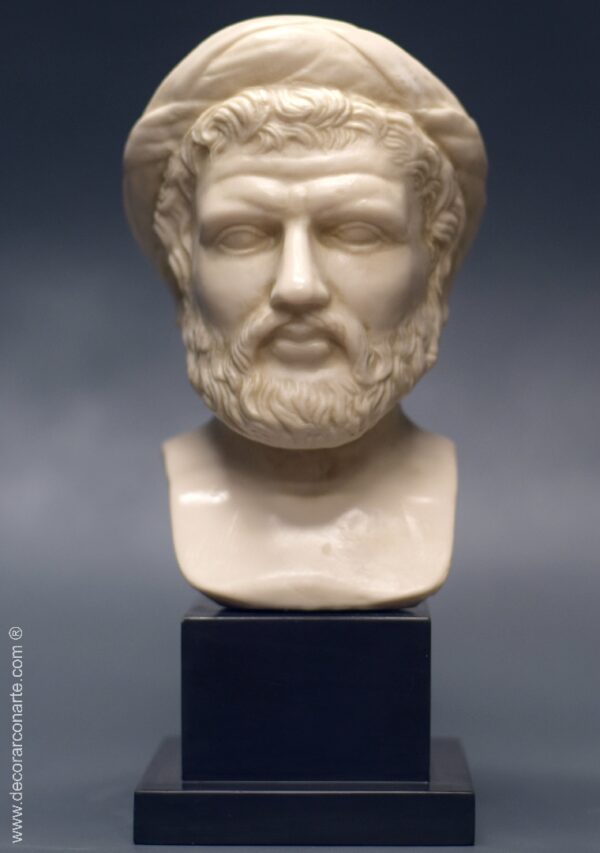 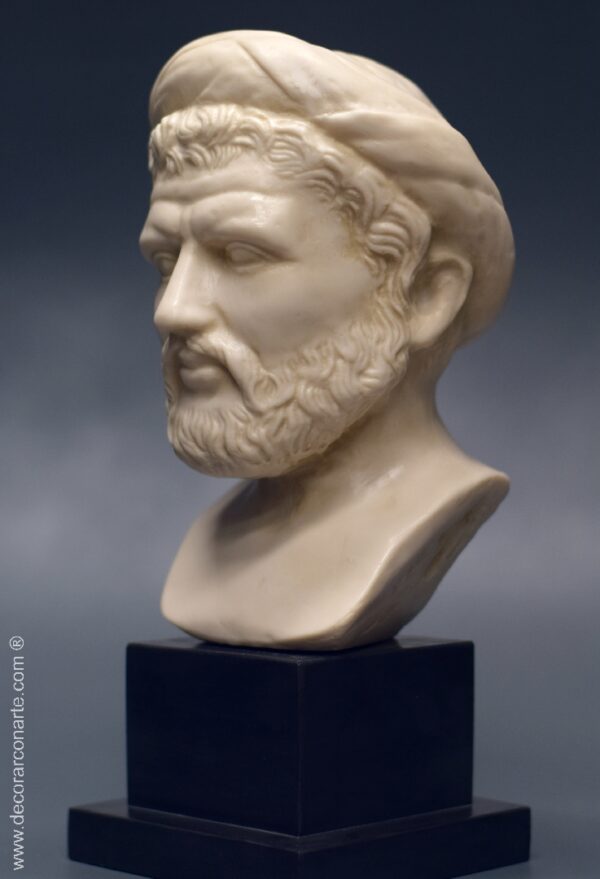 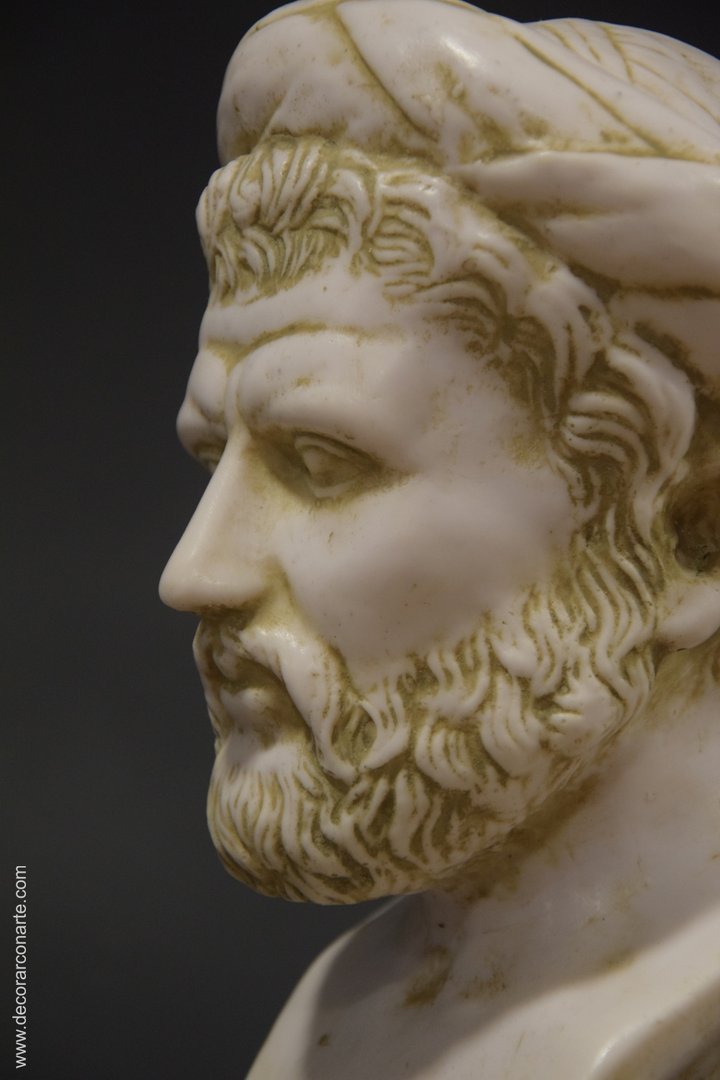 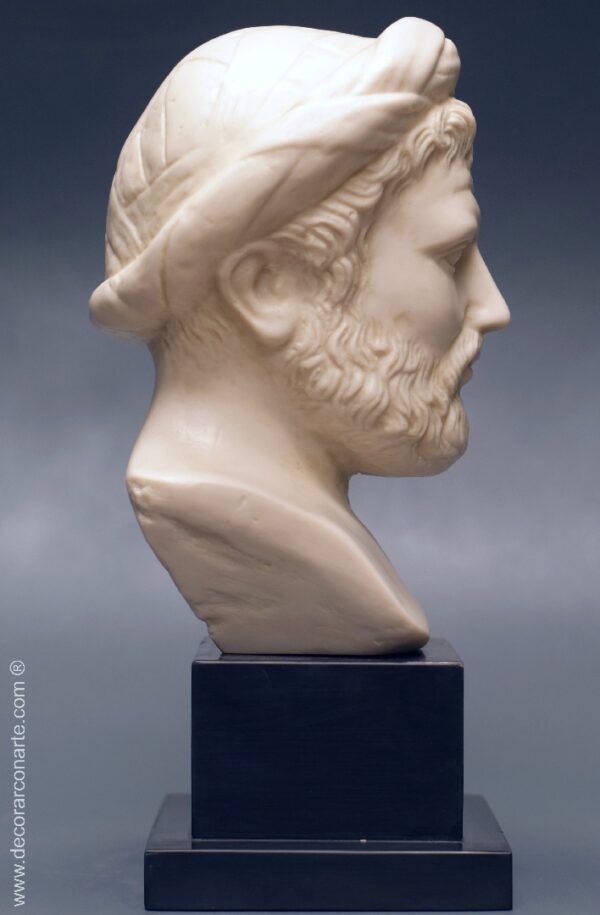 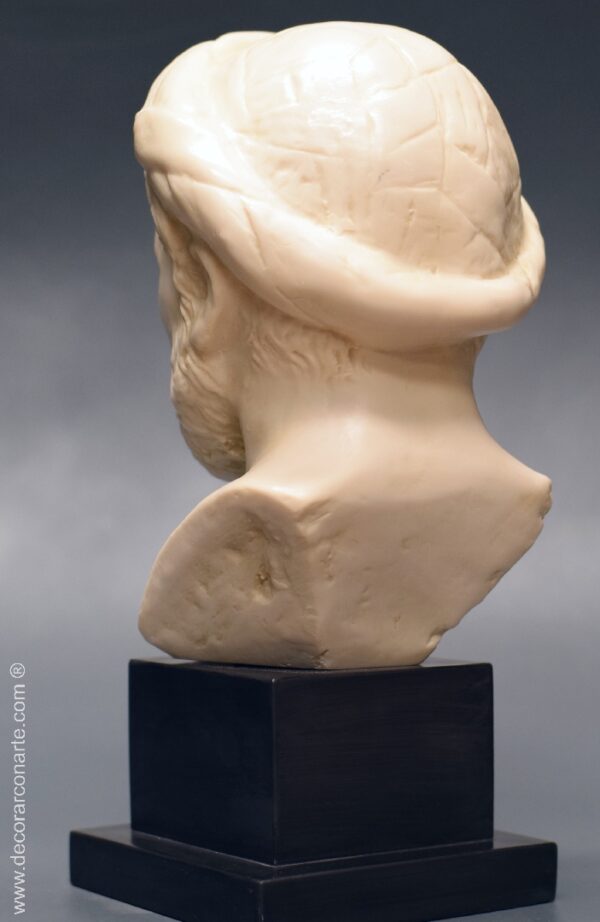 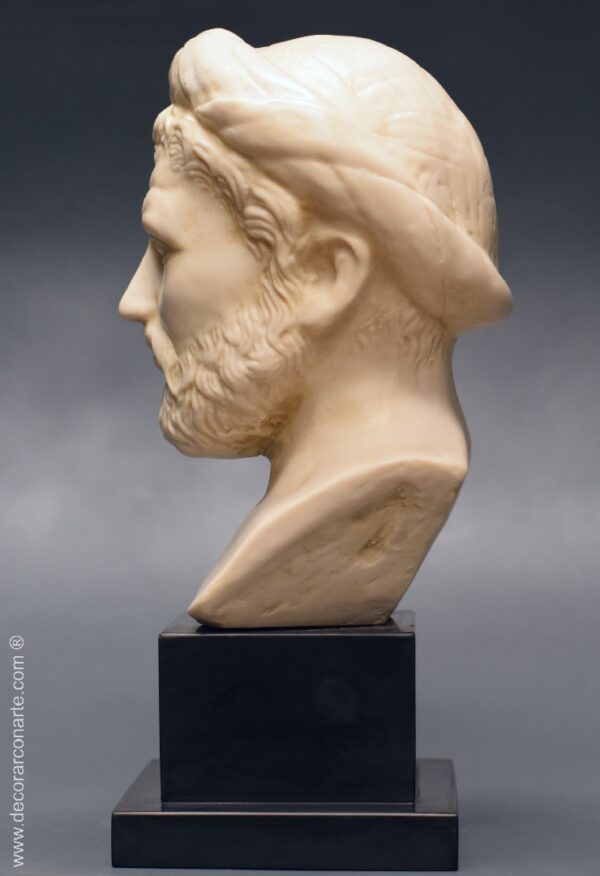 Reproduction of a bust of Pythagoras made in reconstituted marble (marble powder with synthetic resin), finished with an antique patina with natural earth pigments.

Recreation of a Roman bronze bust (100 BC – AD 100), possibly representing Pythagoras, found in the Villa of the Papyri, Herculaneum, and currently on display in the National Archaeological Museum in Naples.

Pythagoras (569 – 475 BC) was a Greek philosopher. Considered the first pure mathematician, he is well known for his contributions to mathematics. He gave his name to the famous theorem on the relationship between the sides of right angles and laid the foundations of Western music. At the time of Pythagoras, the Persian invasions had brought Eastern cultures closer to the Greeks and influenced their way of understanding life. One of the fundamental teachings of Pythagoras was that of immortality and the transmigration of souls, reincarnation. Hence the need for purification in everyday life, as souls return to the world in circumstances corresponding to past actions.

He founded a “school of philosophy”, the Pythagorean School, shaping what became, much more than a school of thought, a way of life.

Be the first to review “Bust of philosopher Pythagoras. 29 x 12 cm.” Cancel reply