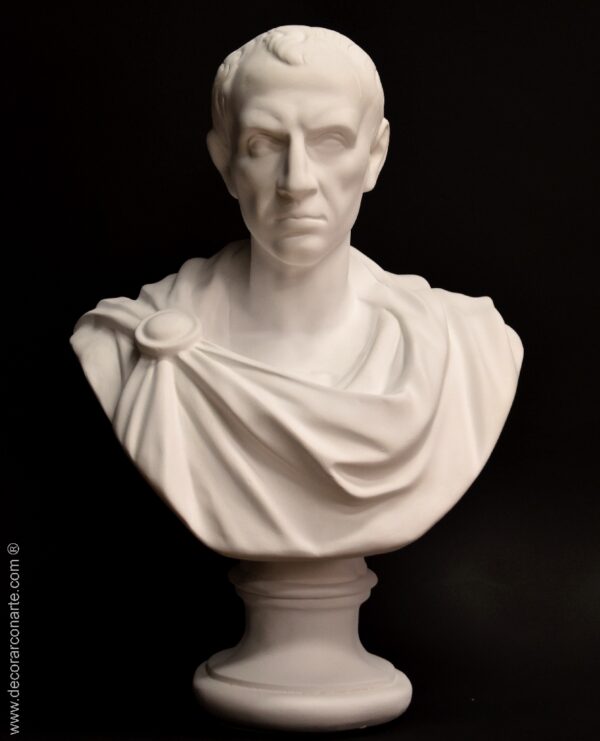 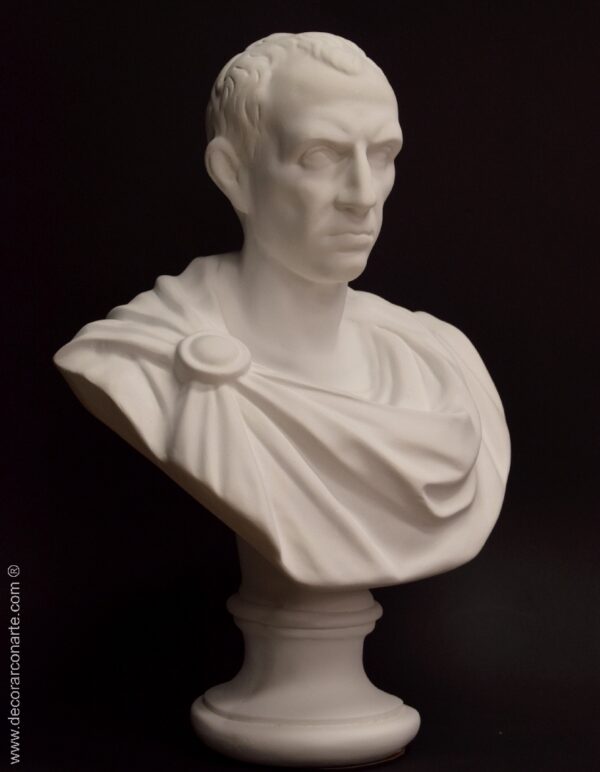 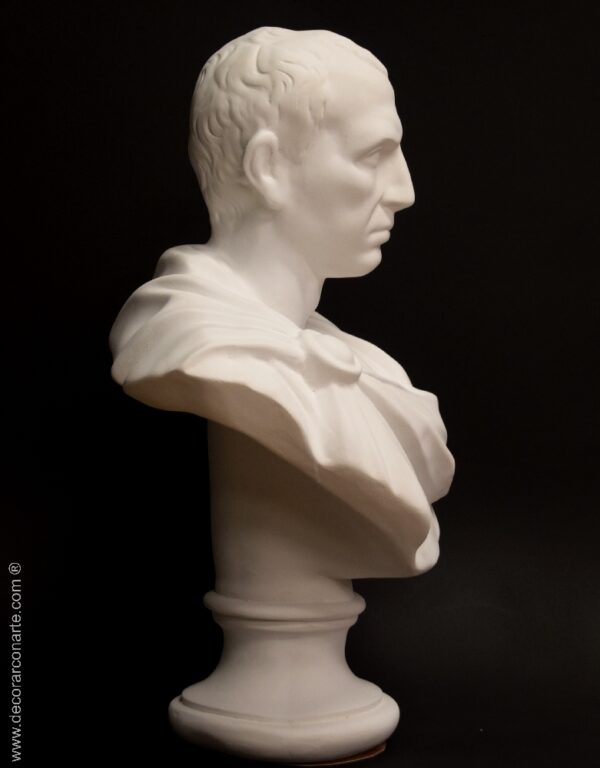 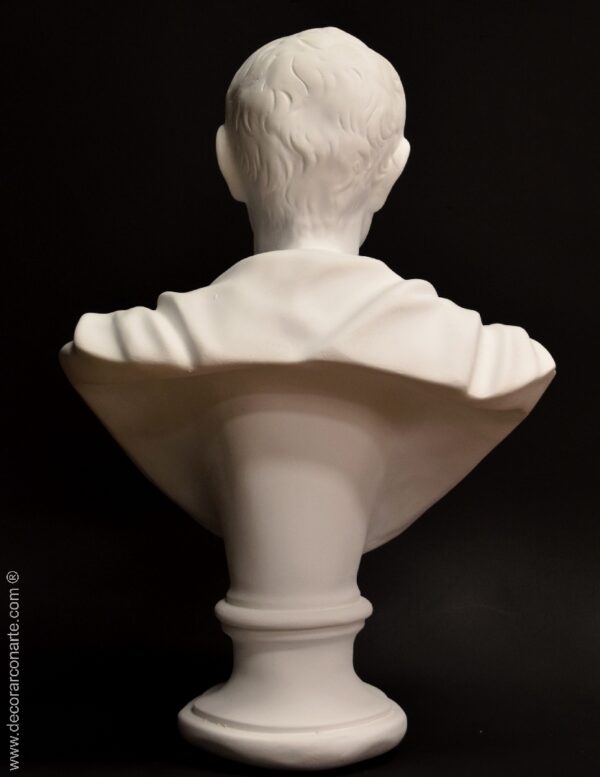 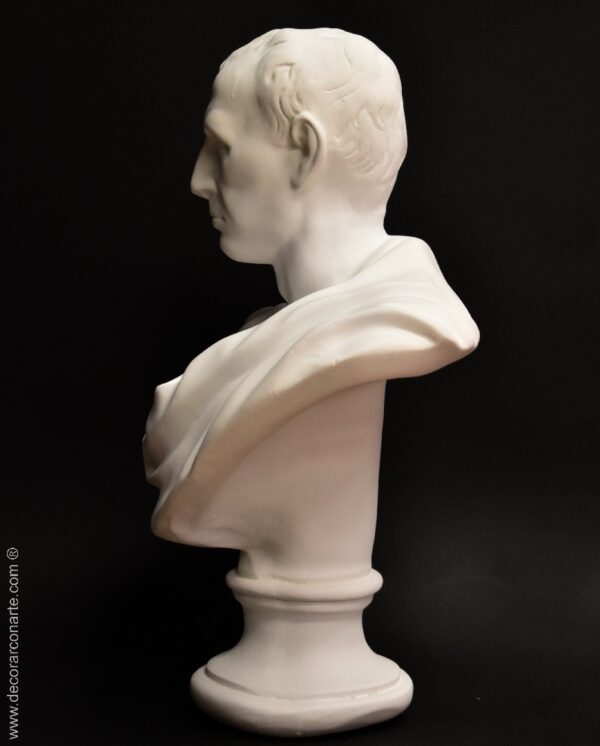 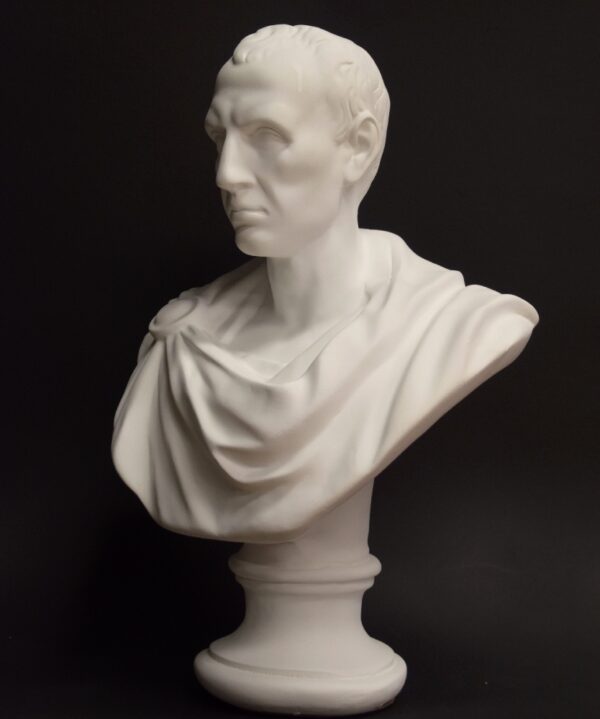 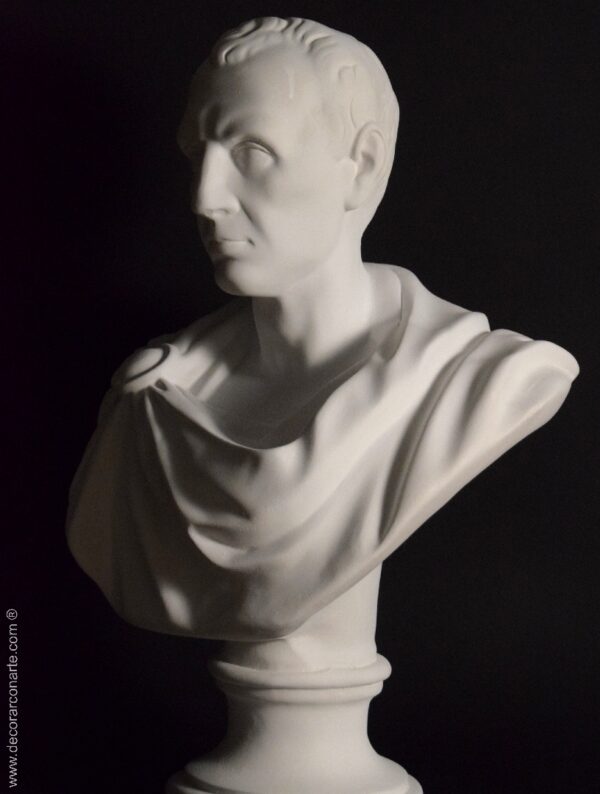 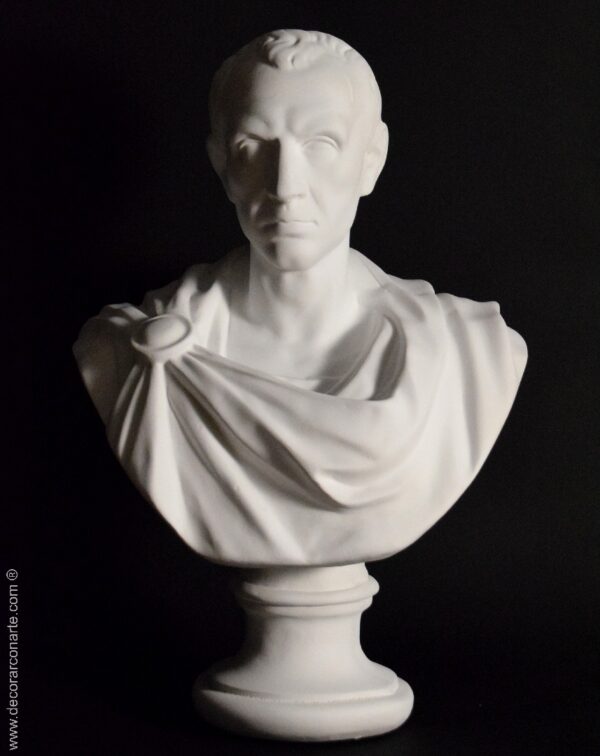 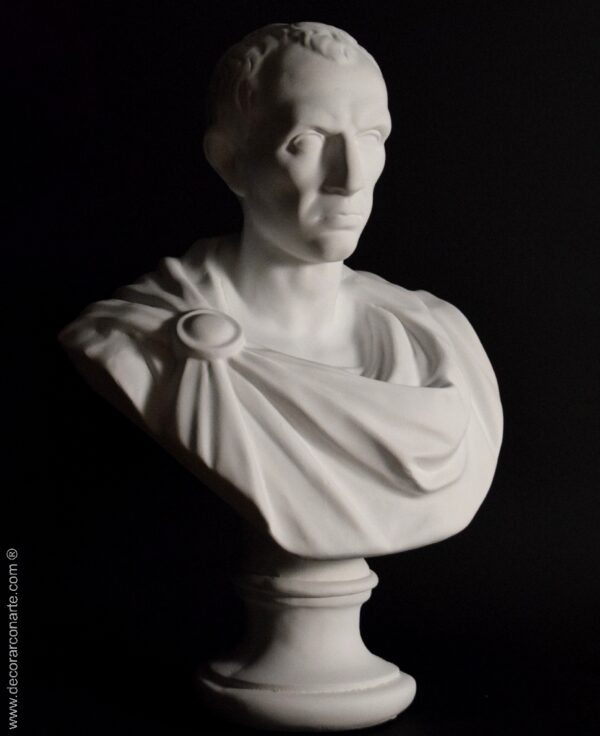 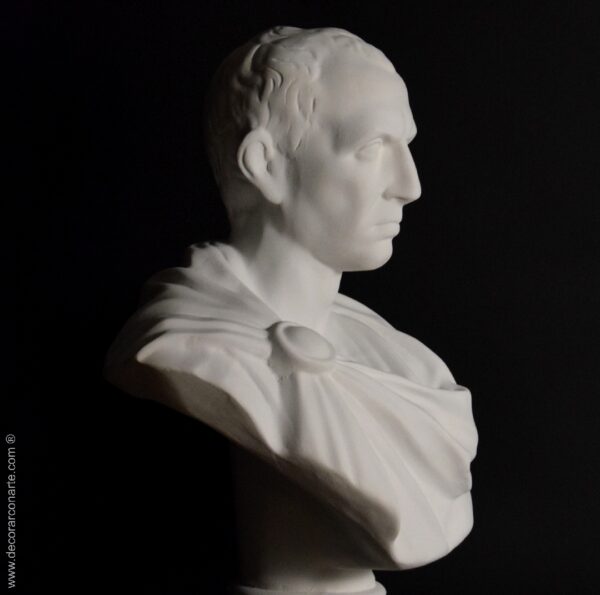 Can be shipped in 6 daysStocks: 2

Reproduction of a sculpture of Gaius Julius Caesar.

Decorative figure made of plaster. Piece made with special plasters and iron oxides. 100% natural materials.

Not suitable for outdoors.

Gaius or Gaius Julius Caesar (100-44 BC) was a Roman politician and military man of the 1st century BC who reached the highest offices of the Roman State and dominated the politics of the Republic of Rome. His conquests extended Roman rule over the territories that today make up France, Belgium, the Netherlands and part of Germany. He was the first Roman general to enter the unexplored territories of Britannia and Germania. Under his rule the Republic experienced great prosperity, but he was betrayed by and assassinated in the Senate by Brutus and Cassius, men he had trusted.

Apart from his political and military career, Caesar excelled as an orator and writer. He wrote at least one treatise on astronomy, another on the Roman Republican religion and a study of Latin, none of which has survived to the present day. The only surviving works are his Commentaries on the Gallic War and his Commentaries on the Civil War. The development of his military career and much of his life is known from his own works and from the writings of authors such as Suetonius, Plutarch, Veleius Paterculus and Eutropius.