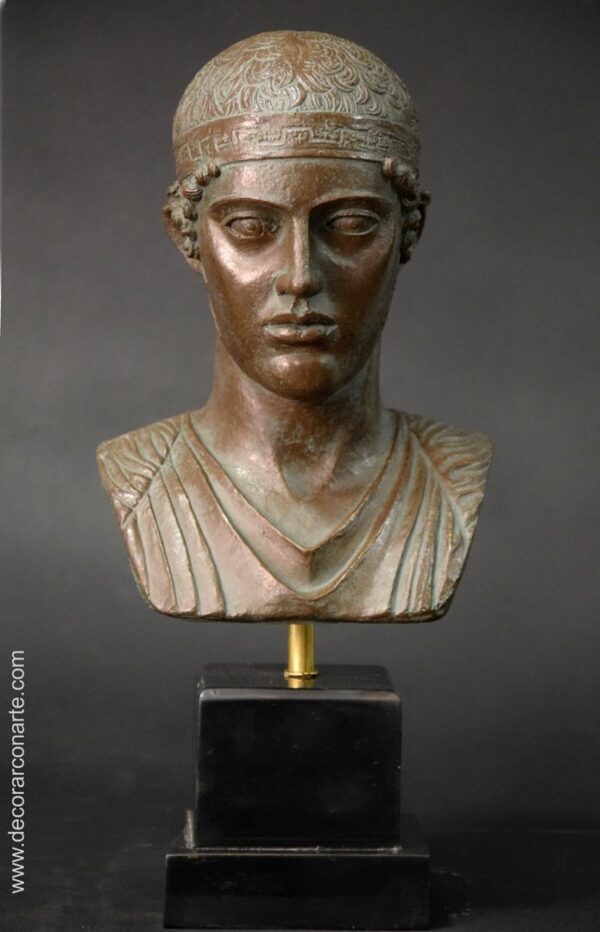 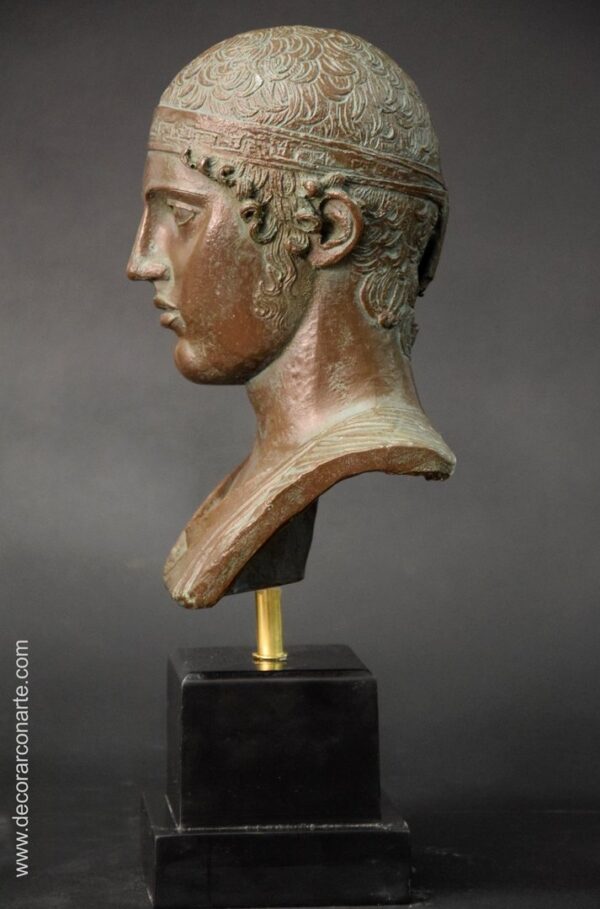 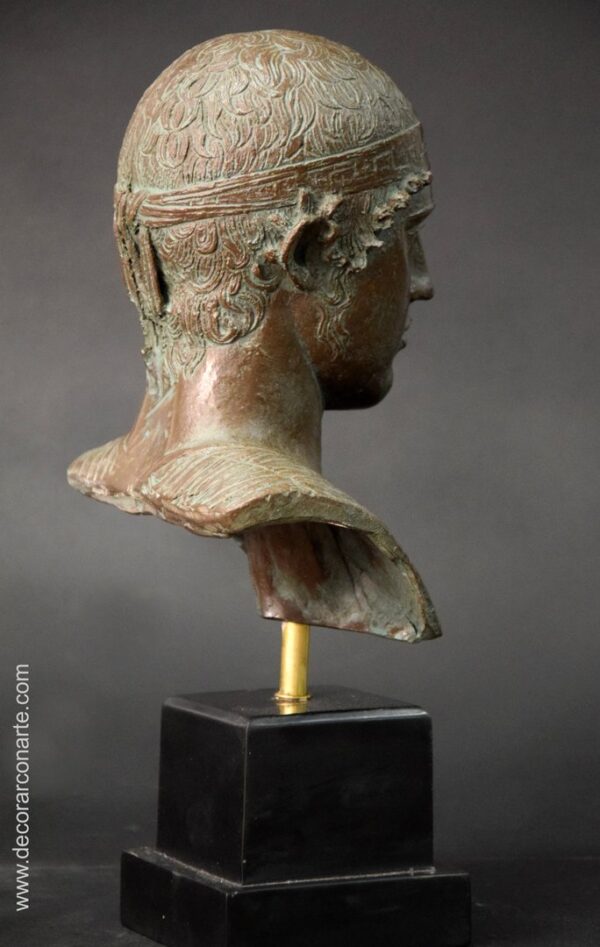 Head made in reconstituted marble (marble dust + synthetic resin) with a finish in ancient bronze, supported by an iron foot over an elegance squared base of the same material. Patina of aging with natural earth. Reproduction and recreation inspired in ancient models.

Head of Charioteer of Delphi.

The Charioteer of Delphi, also known as Heniokhos is one of the best-known statues which survived from Ancient Greece, and is considered one of the finest examples of ancient bronze statues. The life-size is a 1,8 mtrs statue of a chariot driver, which was found in 1896 at the Sanctuary of Apollo in Delphi. It is now in the Delphi Archaeological Museum.

This bust is part of one of the most famous statues of Greek archaism, one of the rare surviving large bronzes of the Severan style from the end of the 6th century BC. The group – charioteer, horses and palafrainer – was erected in the northwestern part of the sanctuary to commemorate the victory in the Pythian Games of the Sicilian tyrant Polyzalos of Gela (Sicily) in 474, but only the charioteer has survived. The excellent state of preservation of the statue is explained by the fact that it was buried in 373, when the sanctuary was destroyed by an earthquake.

Be the first to review “Head Charioteer of Delphi. Height: 34cm” Cancel reply