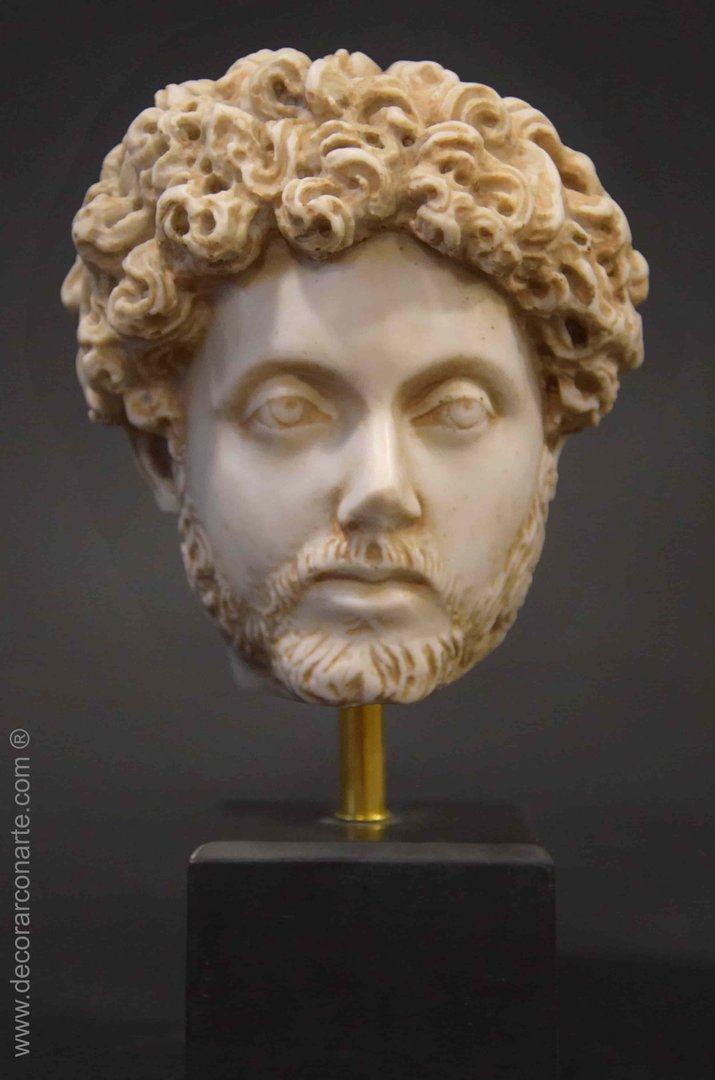 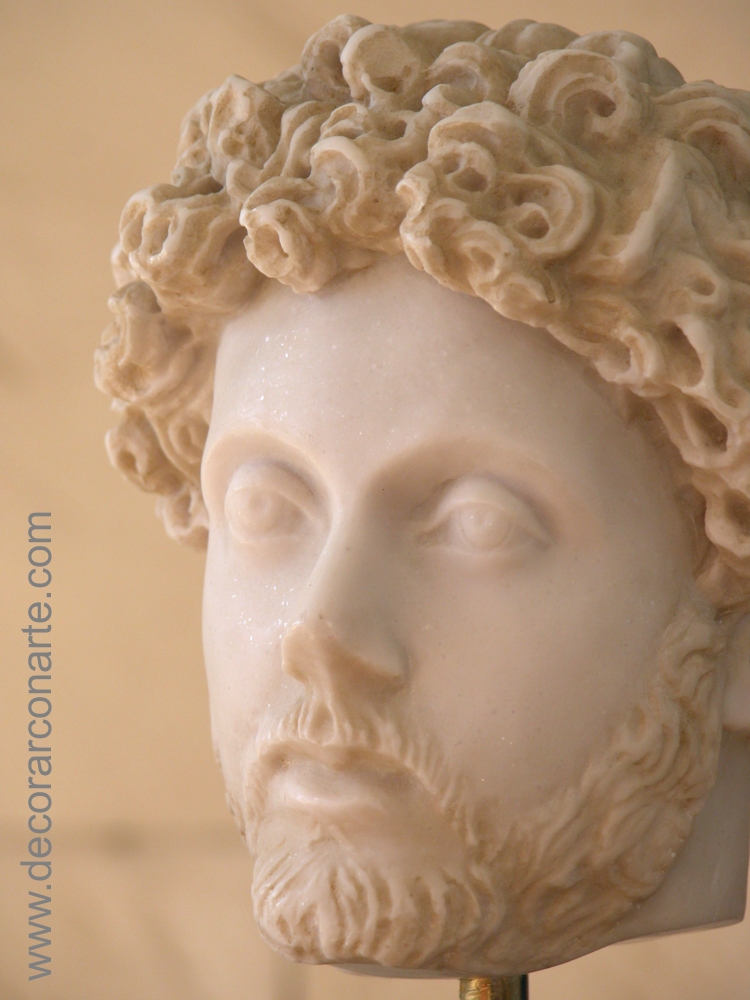 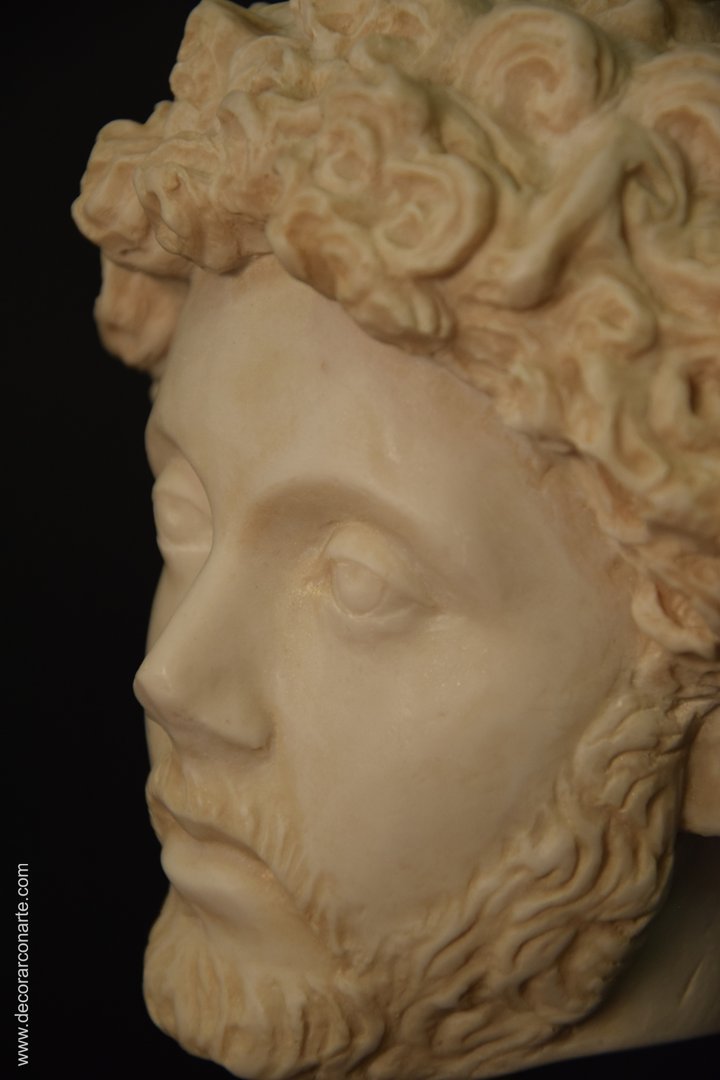 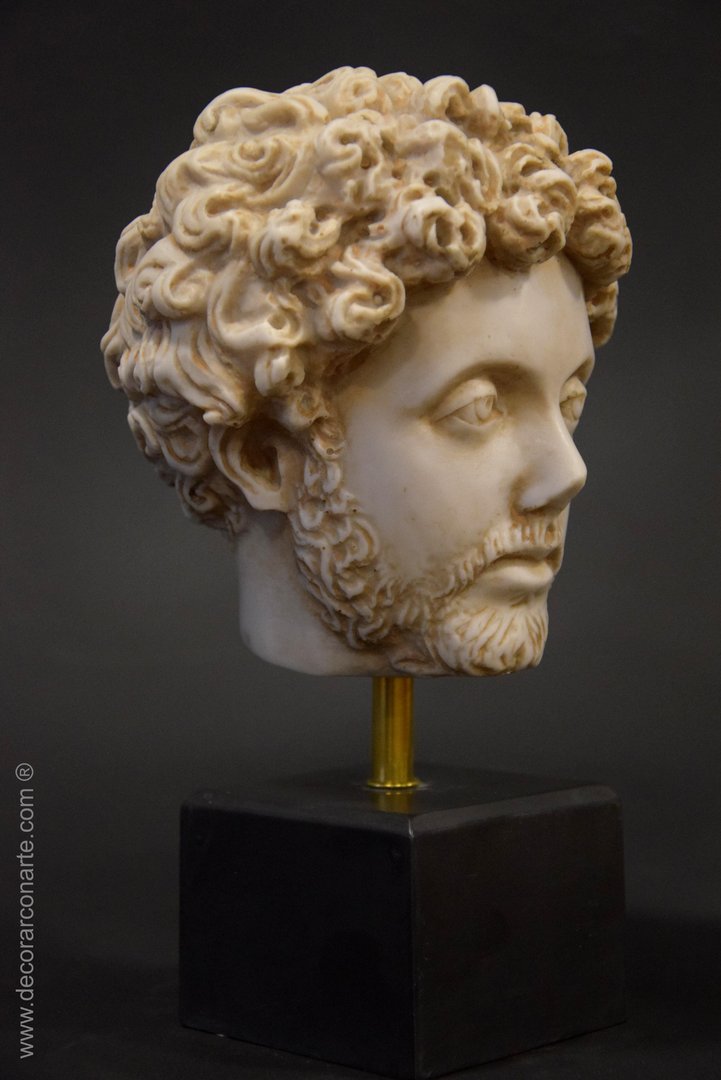 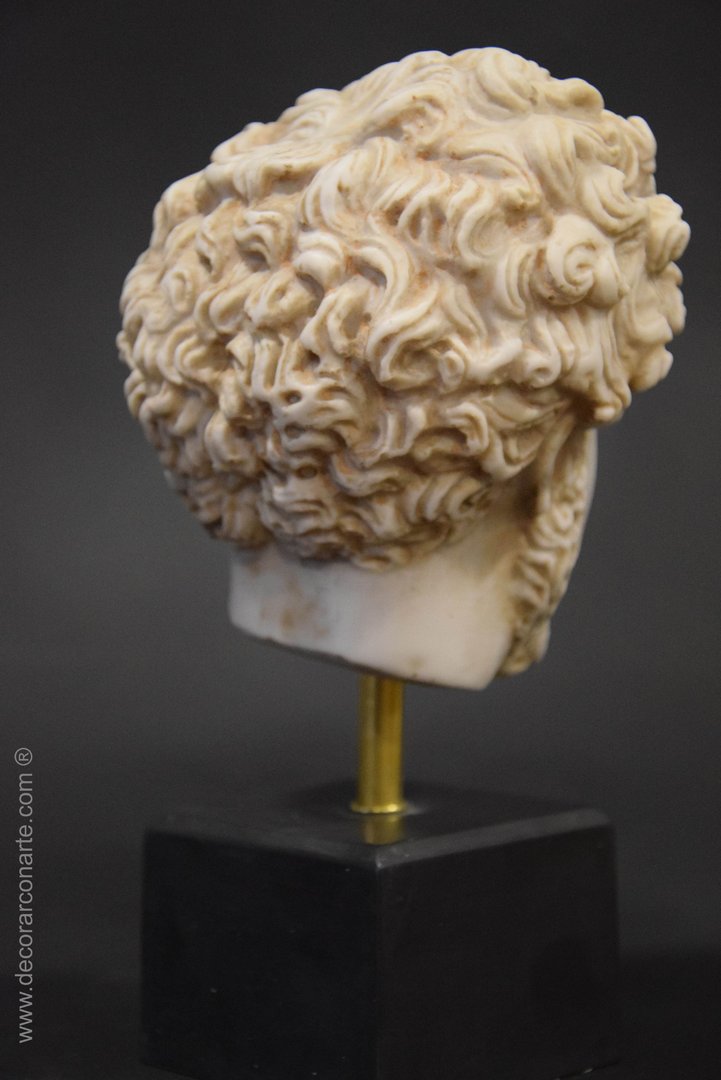 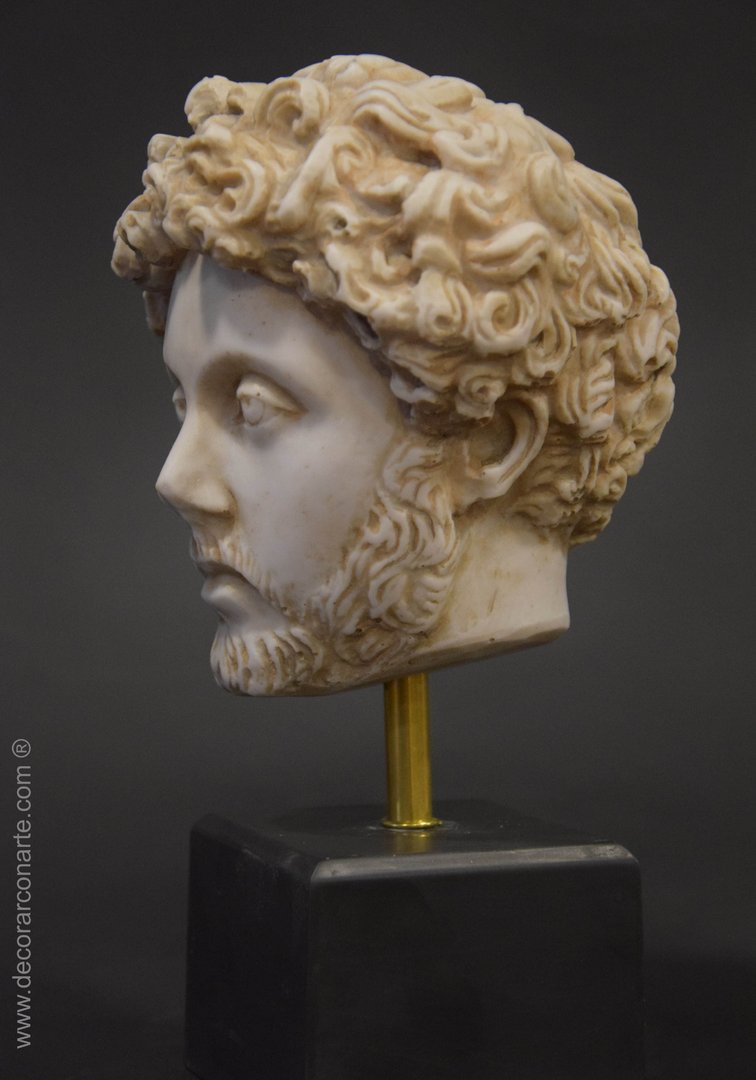 Can be shipped in 5 daysStocks: 4

Head made in reconstituted marble with a carved marble finish, supported by a golden iron foot, over a black base of synthetic resin which enhances the elegance of the piece.

Bust of Marcus Aurelius from the second century after Christ.

Found in the ancient Roman city of Tarraco, Tarragona today. This head represents the Emperor and philosopher Marcus Aurelius. Successor of Antoninus Pius, culminates the so-called golden age of the Roman Empire, reigning between the years 161-180 A.d. His stoic philosophical training allowed him to confront a difficult reign, marked by invasions, epidemics and betrayals of his generals. It carried out administrative reforms for the benefit of the most needy sectors of society. During the harsh military campaigns, he wrote his philosophical work in Greek “Meditations”.

The original piece is in the National Archaeological Museum of Tarragona.

Be the first to review “Head of Marcus Aurelius. 20×12,5cm” Cancel reply