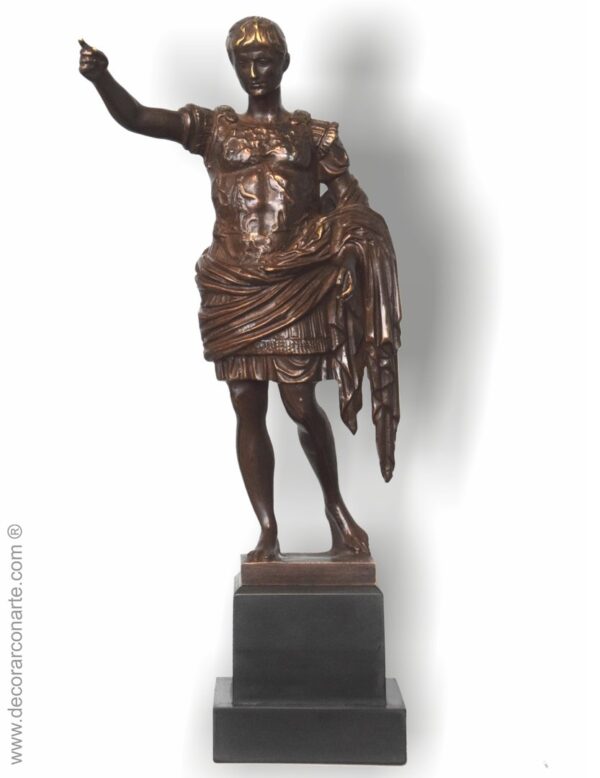 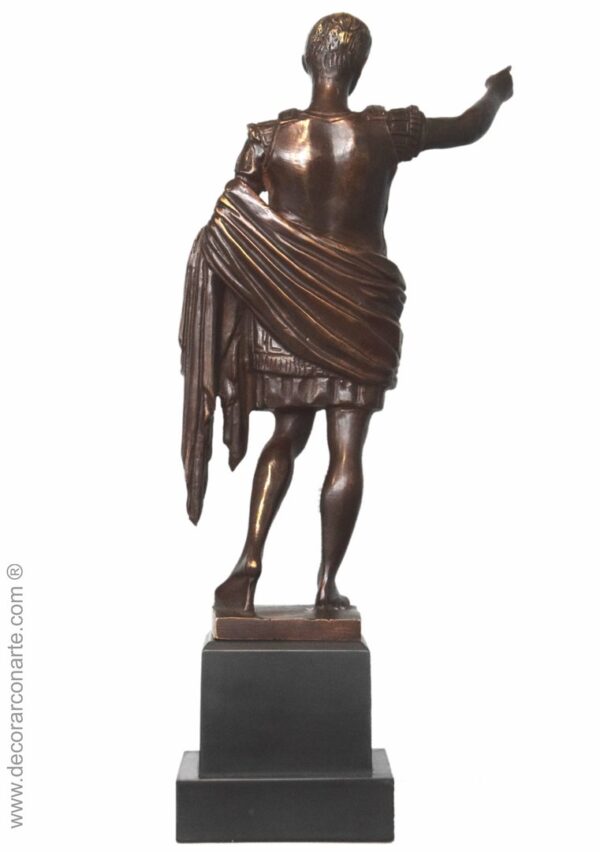 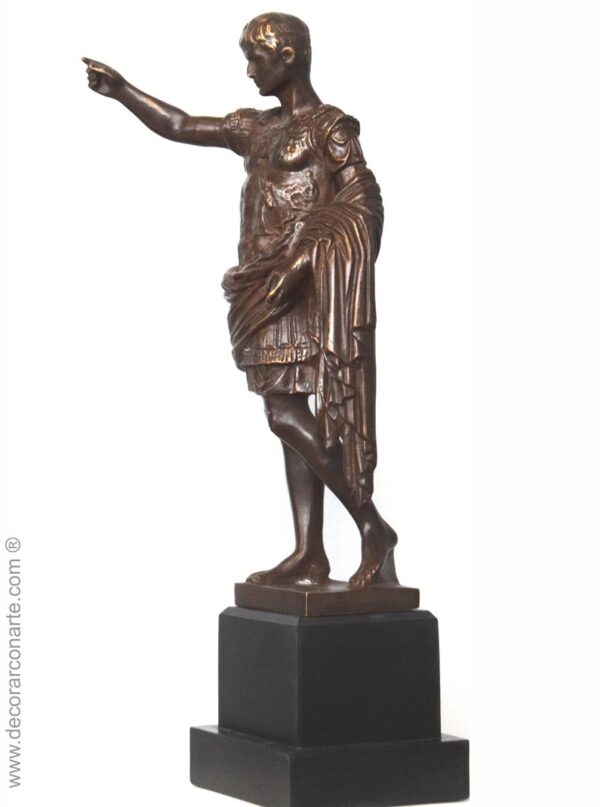 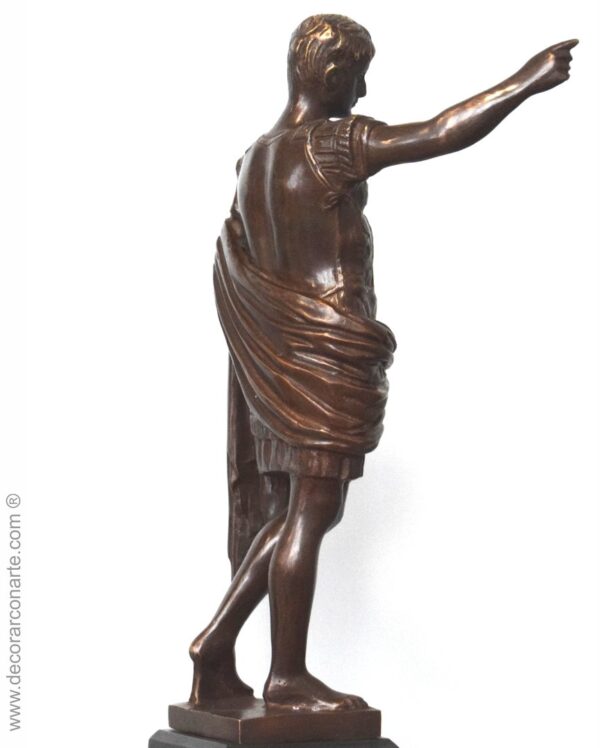 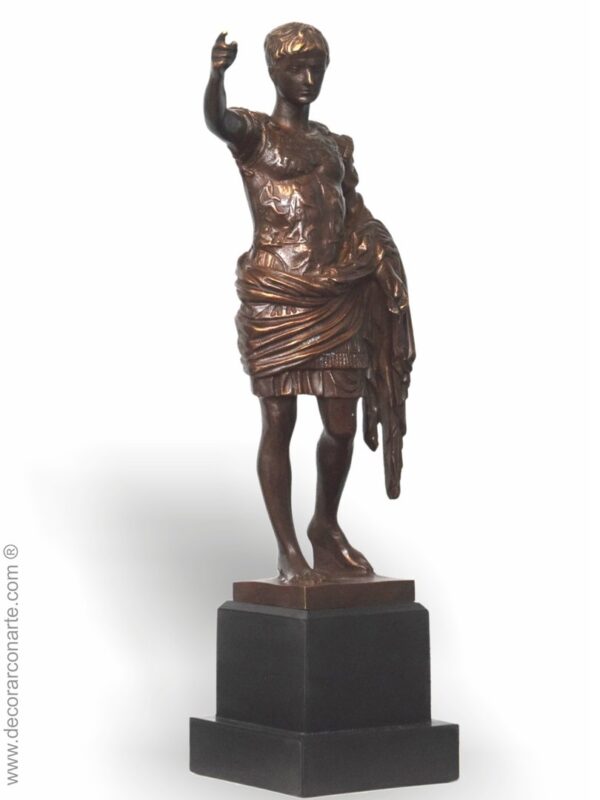 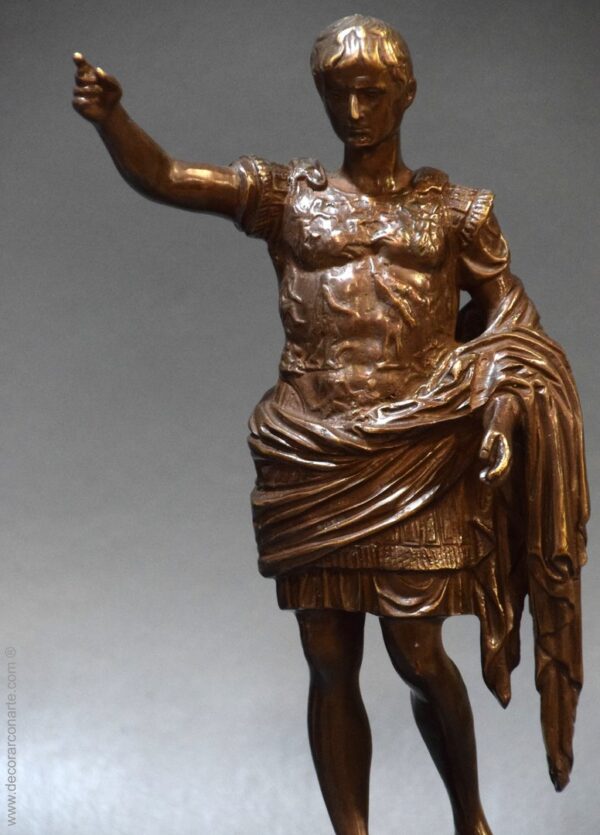 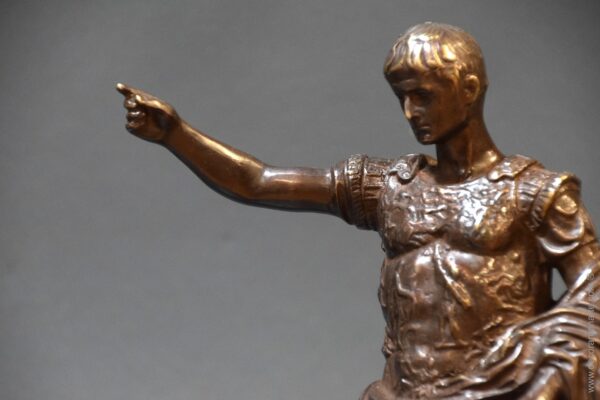 Caesar Augustus Prima Porta made in lost wax bronze, on a reconstituted marble base.

The work reproduced here is a faithful copy of the bronze sculpture in Zaragoza of the Emperor Octavian Augustus. This sculpture recreates the original sculpture that was found in the villa of Livia, in Prima Porta, a su 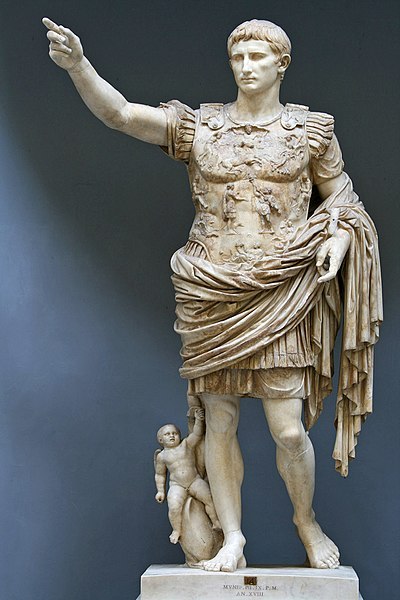 burb of Rome. It is a 1st century AD marble copy of an earlier bronze model. Today it is on display in the Vatican Museums. The model is clearly inspired by the works of Polyclitus such as the doriphorus.

Octavian Augustus was the first emperor of Rome (27 BC to 14 AD). He put an end to the wars of conquest, beginning a period of peace that, except for sporadic wars, lasted for two centuries, known as the Pax Romana. The peoples of the Mediterranean enjoyed a peaceful environment for more than two centuries.