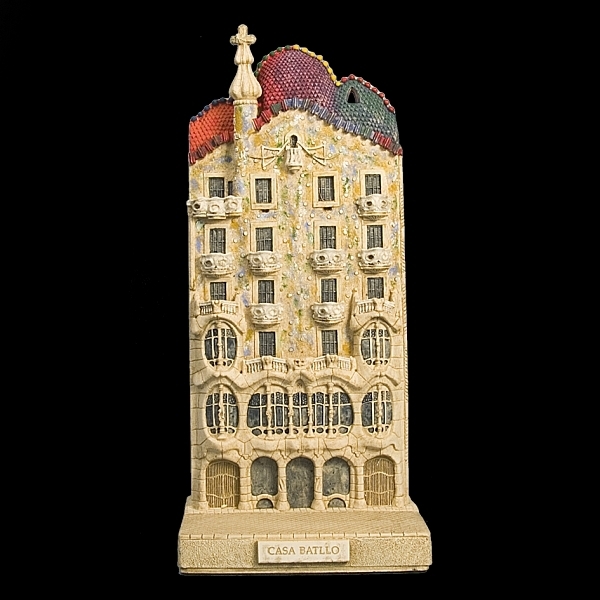 Model of the Casa Batlló, made of marble reconstituted with resin.

Casa Batlló, Gaudí. Barcelona. In 1904 and 1906 the most international of the Catalan ‘modernist’ architects, Antoni Gaudí Cornet (1852 – 1926), worked on the renovation of a house built in the last quarter of the 19th century on Barcelona’s Paseo de Gracia.

The name by which this unique building is popularly known is taken from its owner, D. Josep Batlló y Casanovas. Considered to be ‘the most poetic’ of his works, its façade, ‘pictorial’ and of naturalist inspiration, is a good example of the genius of the Catalan architect, characterised by the personal and singular chromatic treatment of the surfaces and by the organic, enveloping forms of its decorative elements. However, amidst all the colour and sinuous forms, there is also a certain touch of religiosity, evident in the small tower.