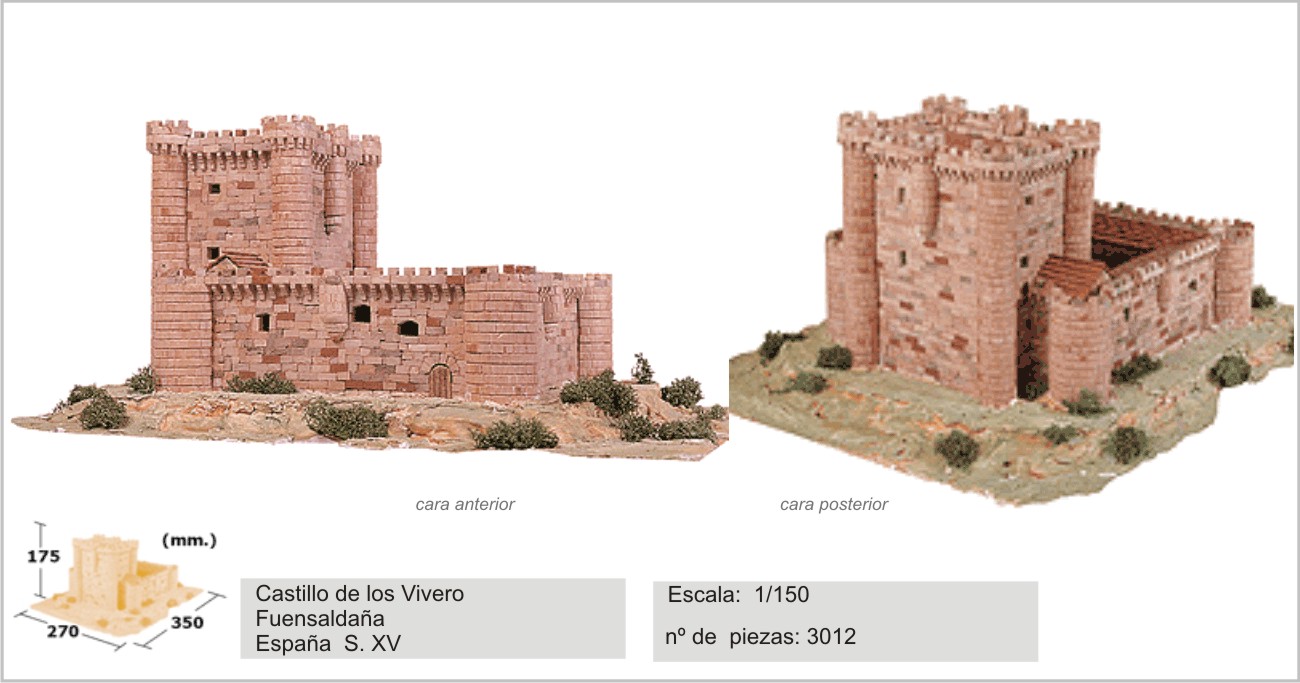 Castle from the Vivero from Fuensaldana. XV Century

Spanish flatness Castle, near Valladolid, built by the family nursery in the s. XV. In typical stately appearance, has an impressive 34 Tribute Tower taller, which was reached by a drawbridge, a tower of rectangular section, divided into three floors and a basement which is accessed by a spiral staircase square, and this extends to the crenellated terrace with four booths running down to the floor as four thin turrets. Each floor consists of a large vaulted windows provided with grills. In this tower shields were placed Alfonso Pérez de Vivero and his second wife Dona Maria Manrique de Benvides. It also has a simple square enclosure with circular defensive towers in the corners and center courtyard. The castle was restored by the Province of Valladolid who ceded it to the Junta de Castilla y León and currently is home to the Parliament of Castilla y Leon in Spain