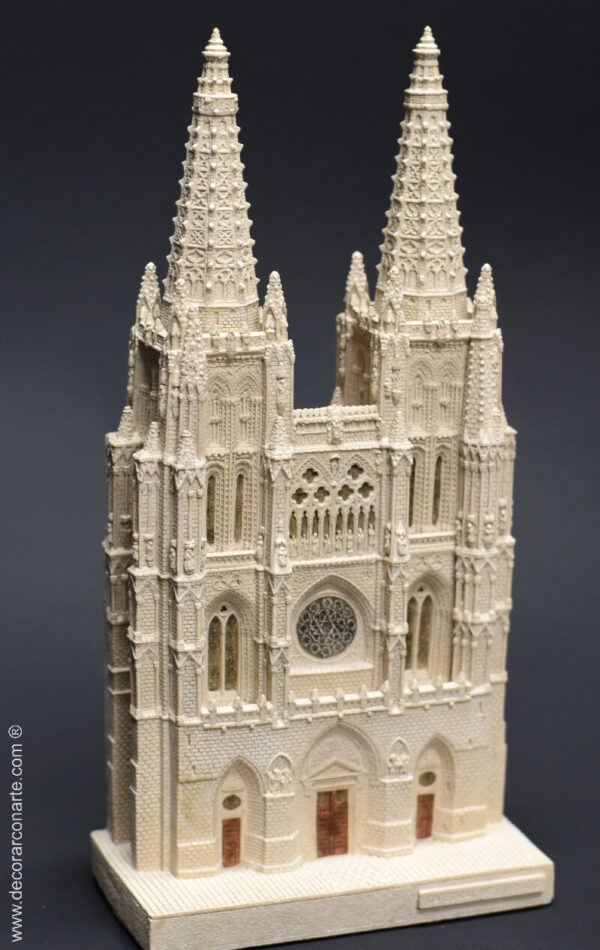 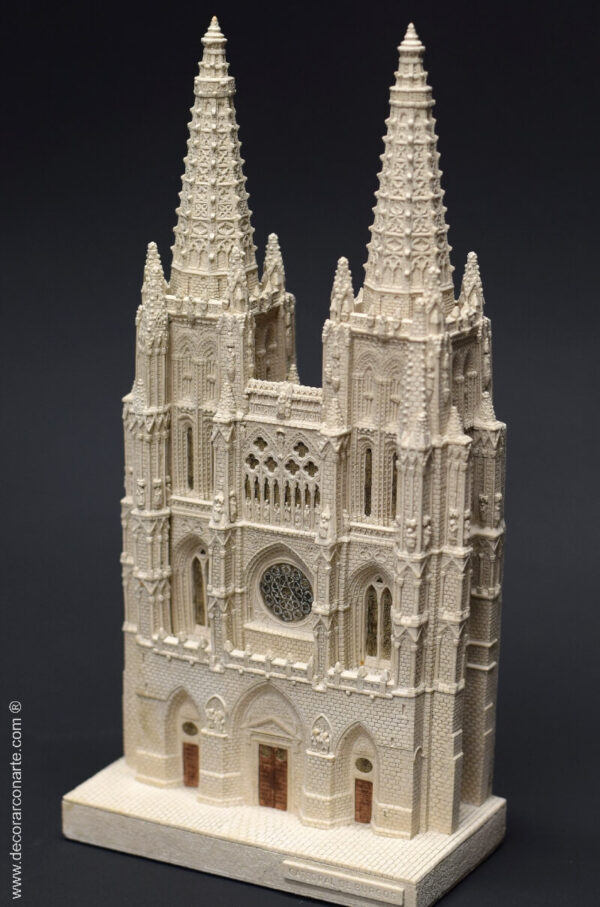 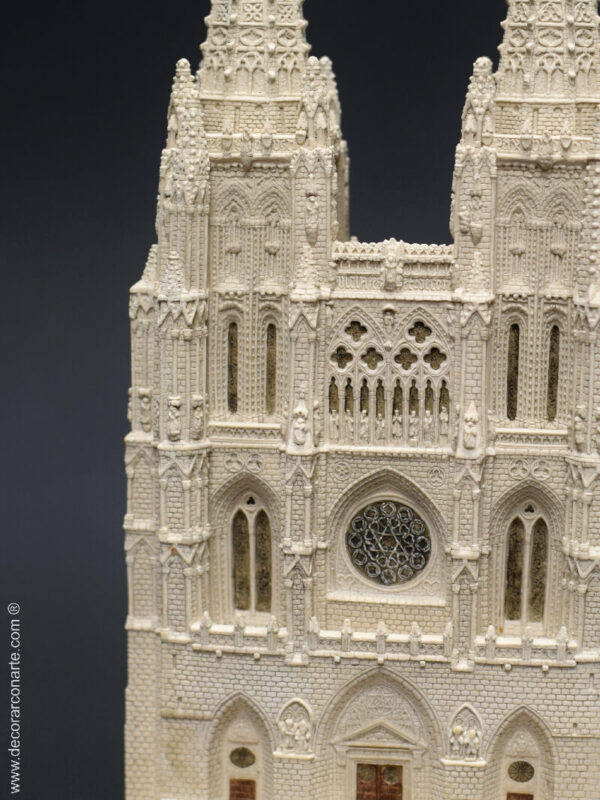 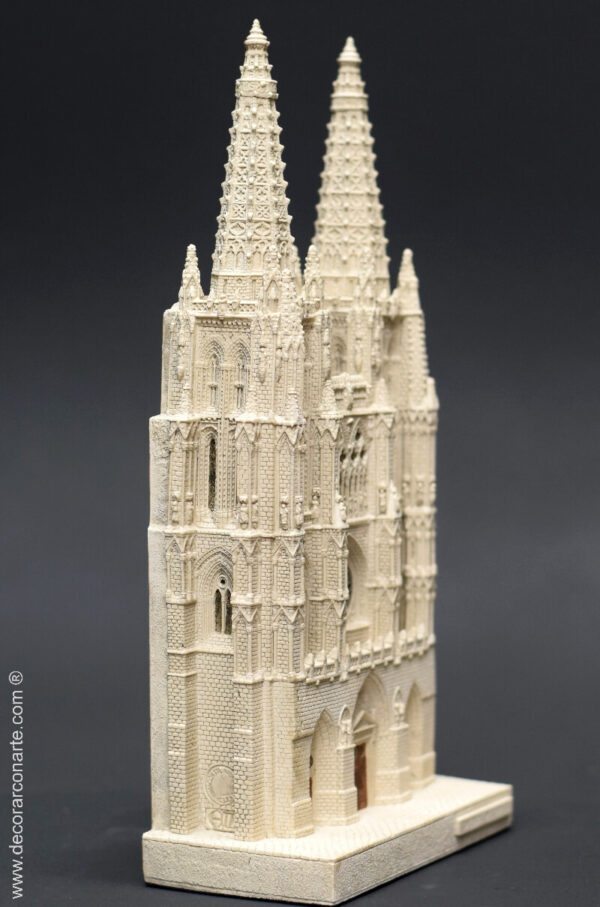 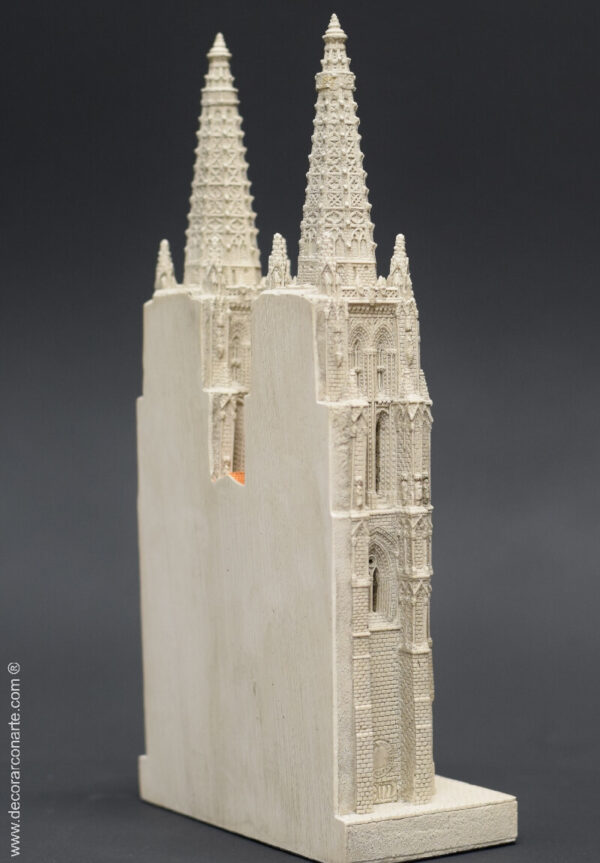 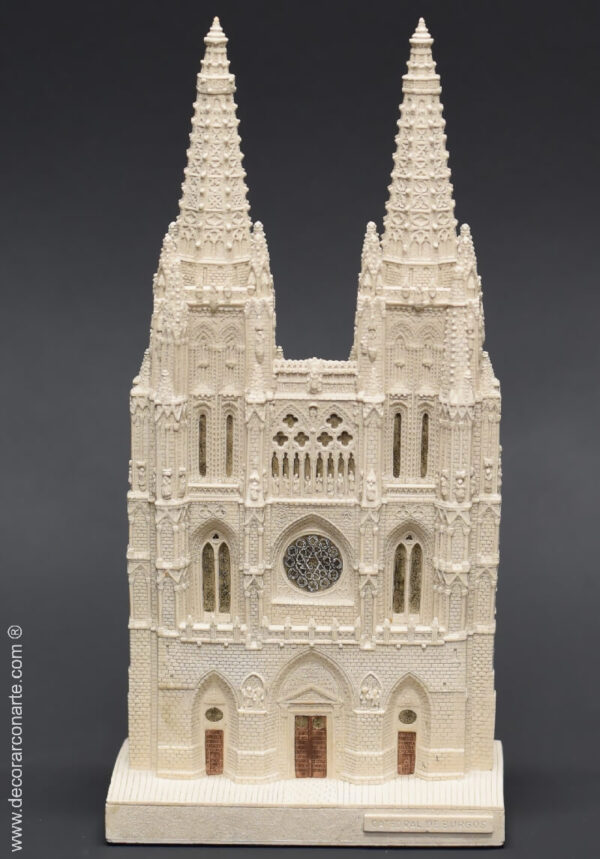 Model of the Cathedral of Burgos, made of marble reconstituted with resin.

The consecration of the cathedral of Burgos in 1260 was the culmination of a long process that began in the last quarter of the 12th century when Bishop Martín (1181-1198), taking advantage of the commercial and political situation of the civitas regia, thought of renovating the old Romanesque building of the temple, located in the highest part of the city.

The dream of the bishop of Burgos was not long in coming true and in the first quarter of the 13th century, during the episcopate of Maurice (1213-1238), work began on the new cathedral, specifically on 20 July 1222, the day on which Ferdinand III laid the first stone.

With three naves, a very long transept and an ambulatory with five bays, its plan and vaulting are reminiscent of French buildings such as Coutances and Bourges. Its exterior is notable for the presence of arched parapets between angels, a very Burgalese Gothic solution, and the majesty of its slender towers framing the western façade.