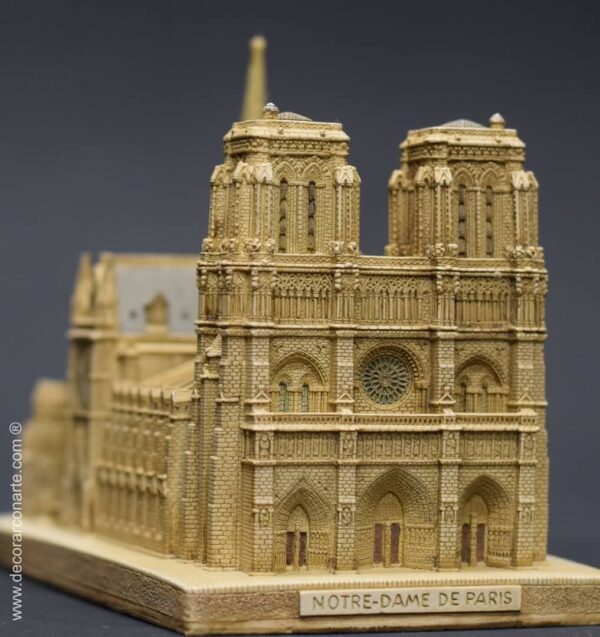 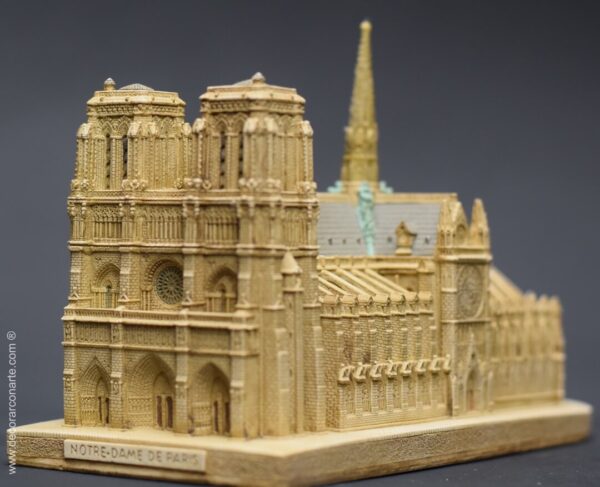 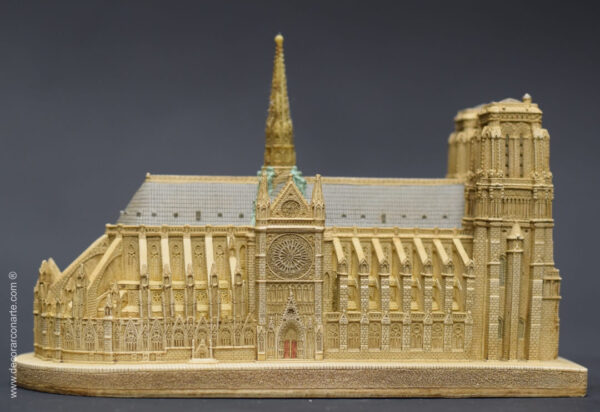 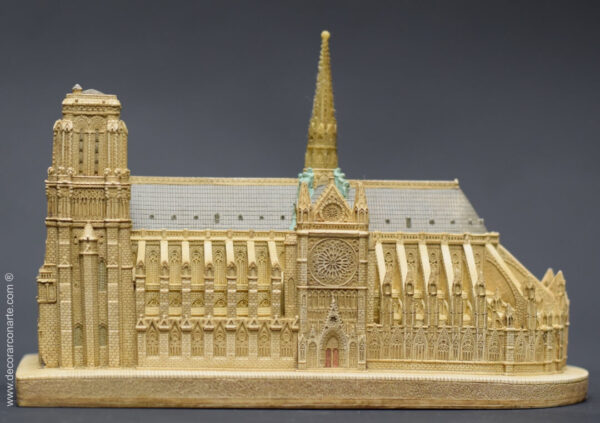 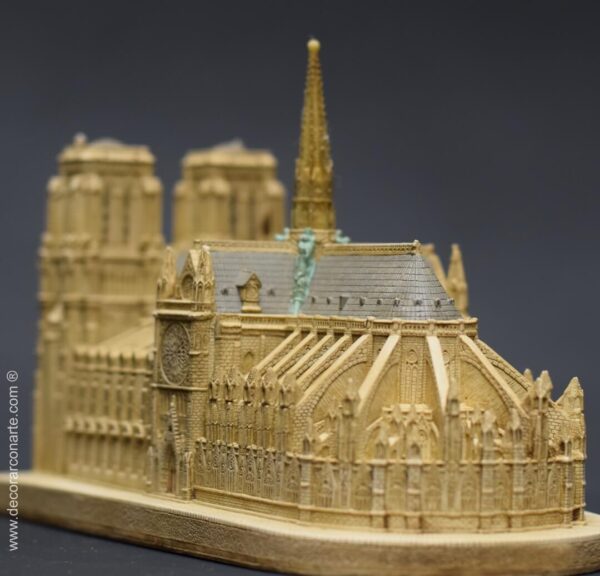 Model of the Cathedral of Notre Dame de Paris made of reconstituted alabaster (alabaster powder plus binder).

Notre Dame Cathedral was erected on the Île de la Cité, in the heart of Paris, in the place occupied until then by the Carolingian churches of Saint Etienne and Notre Dame.

Its construction began around 1160 under the episcopate of Maurice de Sully. The works lasted until the beginning of the 14th century, being the object of some reforms at the beginning of the 18th century and widely restored by Viollet le Duc, in the 19th century, after the damages suffered during the Revolution. The western façade, flanked by two towers 70 meters high, is one of the most beautiful achievements of French Gothic.

On the lower level three monumental porticos open above which runs a gallery with sculptures of the kings of Judea and Israel. In the center there is a large rosette flanked by twin windows, this intermediate body is finished by means of a beautiful arcade on which the upper body of the towers looks out.