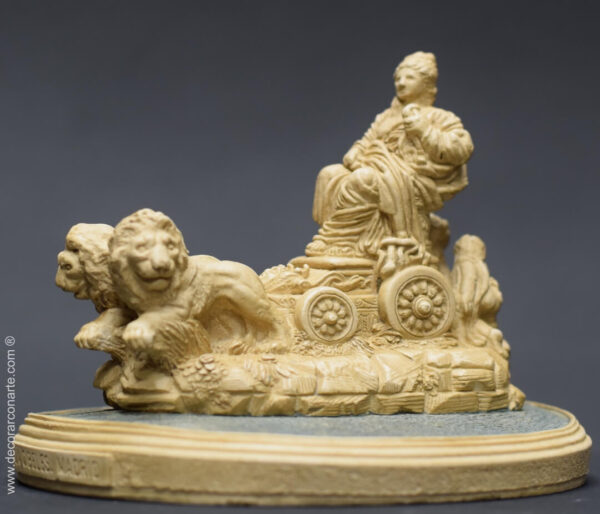 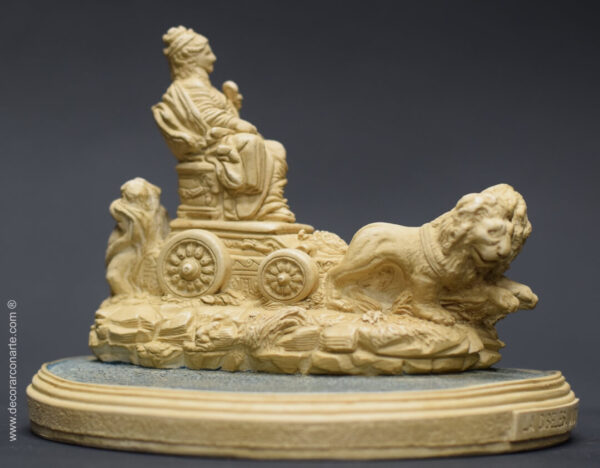 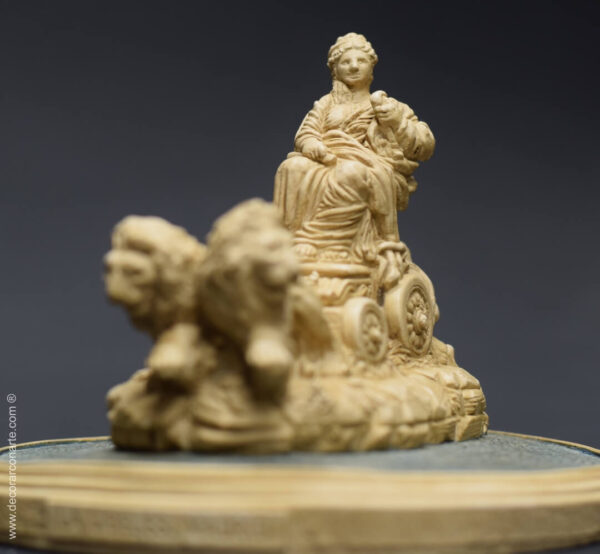 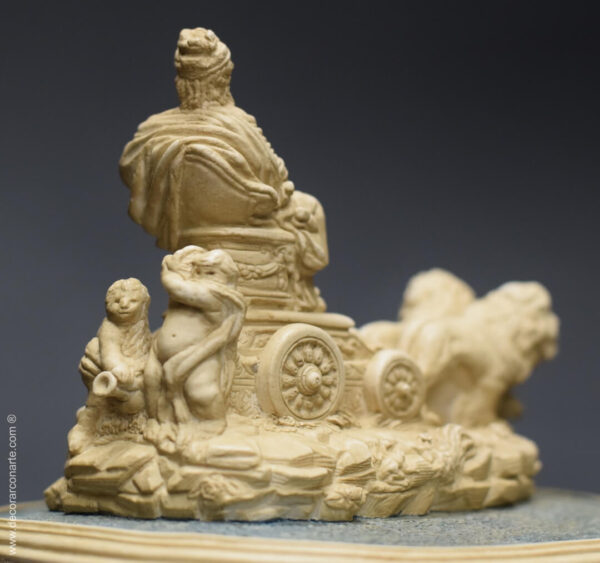 Model of the Cibeles Fountain in Madrid, made in marble reconstituted with resin.

This is one of the most popular fountains in Madrid in the 18th century, to the point of being a true emblem of the capital.

The project was the work of the artist Francisco Gutiérrez who, however, was unable to see it finished before his death in 1782.

The lions have been attributed with some doubt to Juan Pascual de Mena and Roberto Michel. It was at the end of the 19th century, when the ensemble was moved to the centre of the square, that the lions were added by the hand of Miguel Angel Trilles.