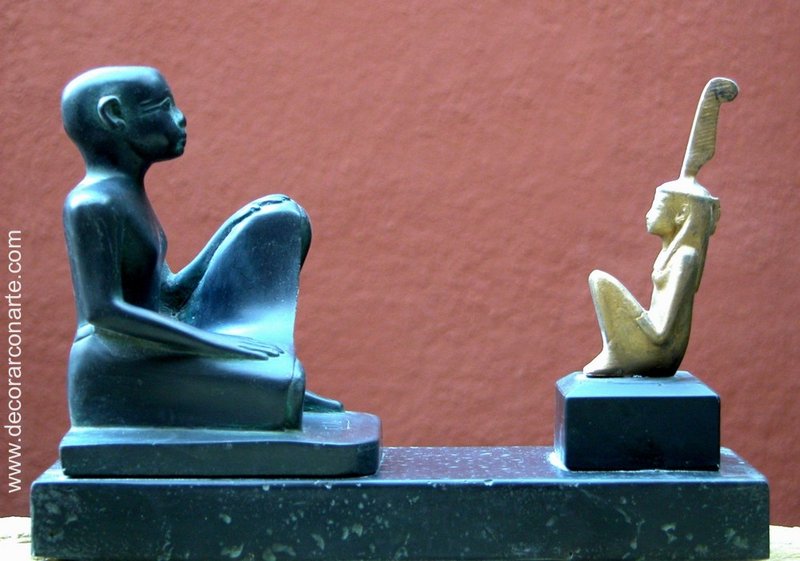 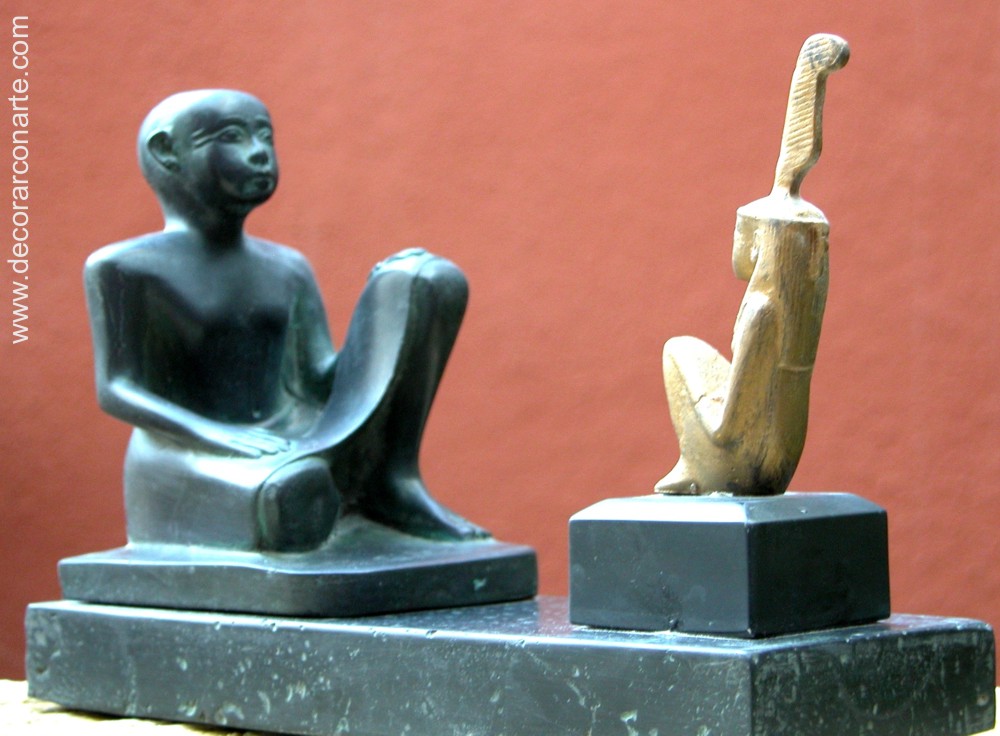 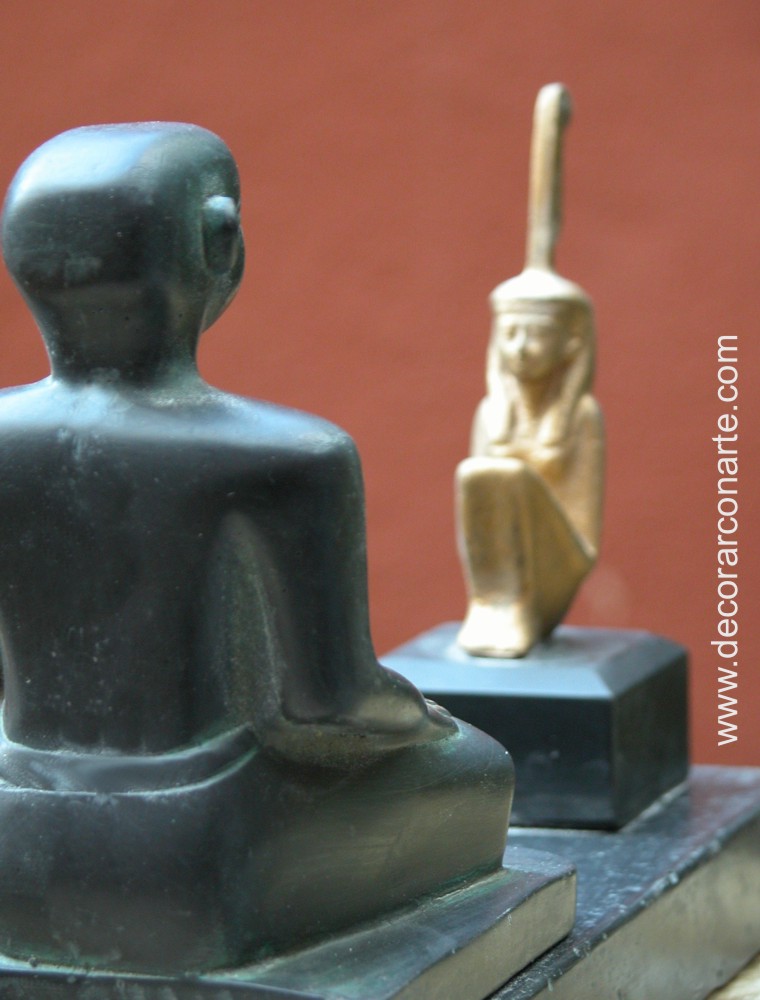 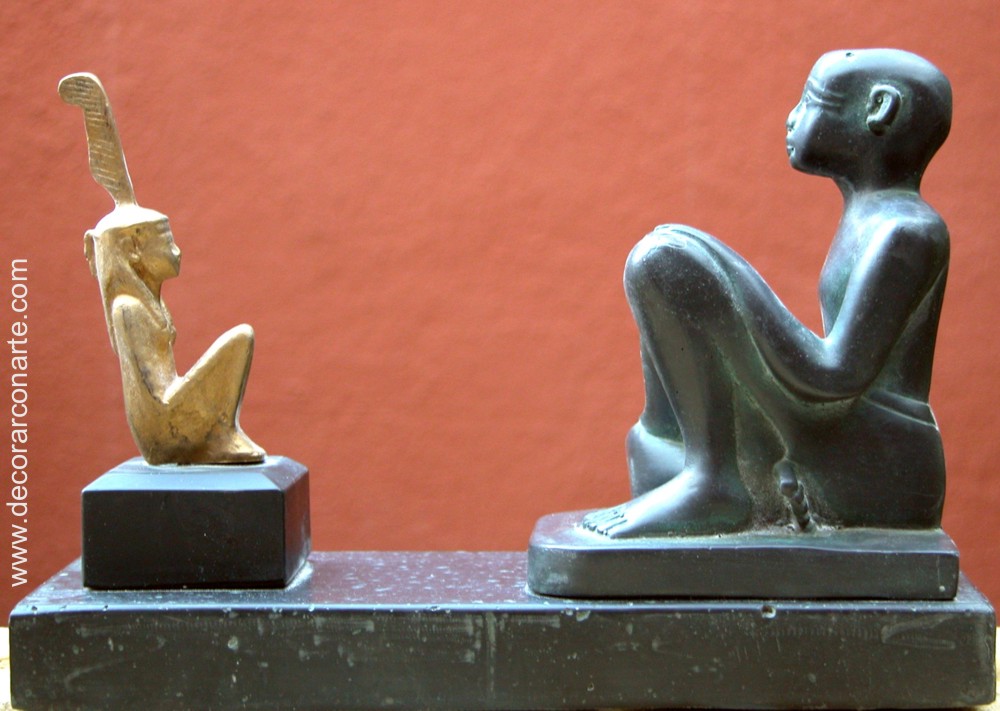 (2 questions)
Can be shipped in 7 daysStocks: 1

The office of scribe was held in high esteem in Egypt. Scribes were trained in the Houses of Life, where they not only learnt the technique of hieroglyphic writing and its derivatives (hieratic and demotic) and grammar, but also studied sacred and classical texts, and gained knowledge in other fields such as history, geography, accountancy, law, etc. Their tutelary god was Thoth, and they were also closely related to Maat, the goddess of Justice and Harmony.

Maat was the Egyptian goddess of righteousness, Truth and Justice. Her symbol was a blue ostrich feather. This feather, which adorns her head, served as a counterweight on one of the plates of the scales used during the “judgement of the dead”, which was carried out by the court presided over by the god Osiris. On the other plate was placed the heart of the deceased, which represented his deeds during his lifetime. If the heart was as light as the feather, then the one being judged was ready to pass the tests that would take him to the Amenti (Land of Amun). If the heart was heavier than the feather, then the soul would have to return to Earth and continue the cycle of incarnations until its actions were pure and free from all evil.