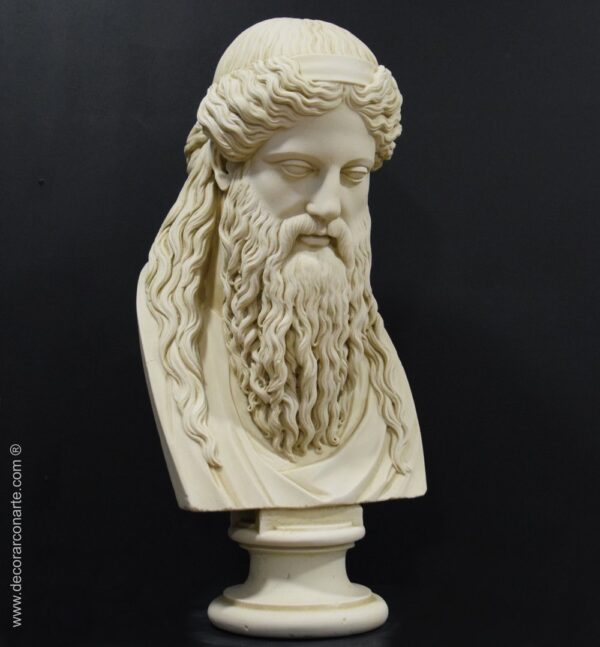 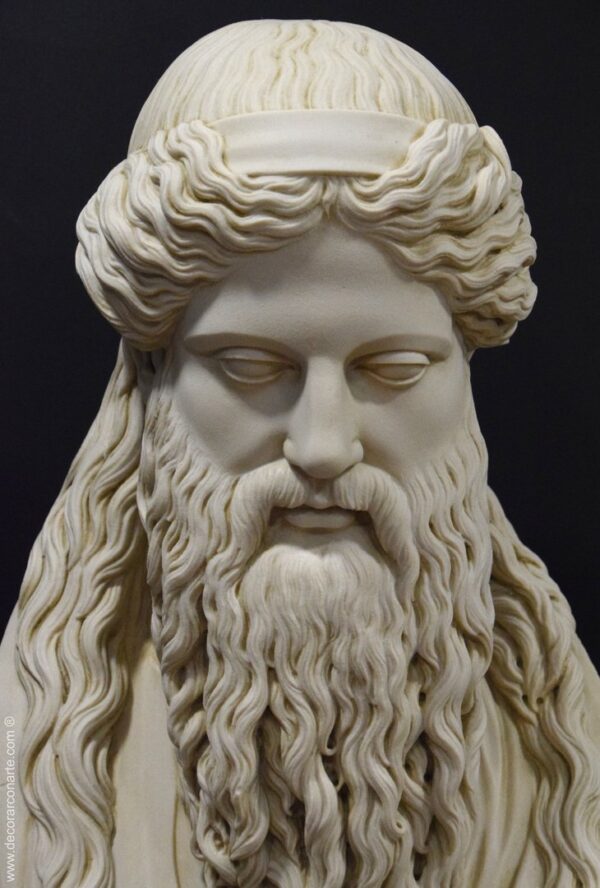 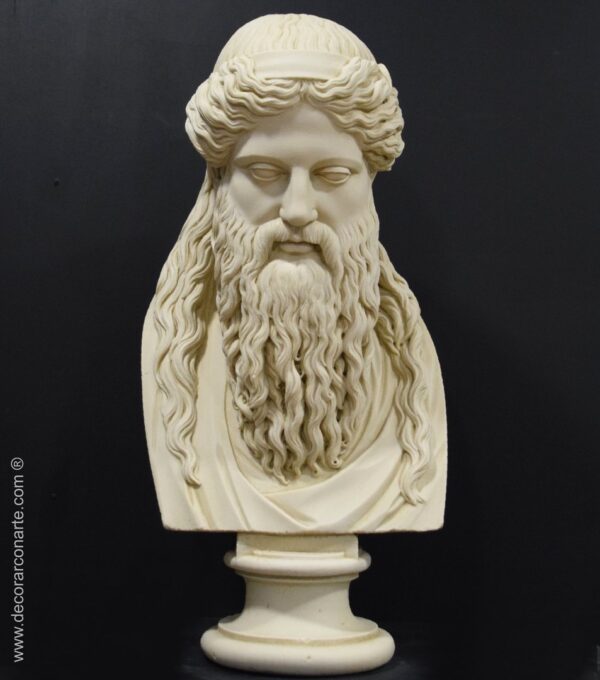 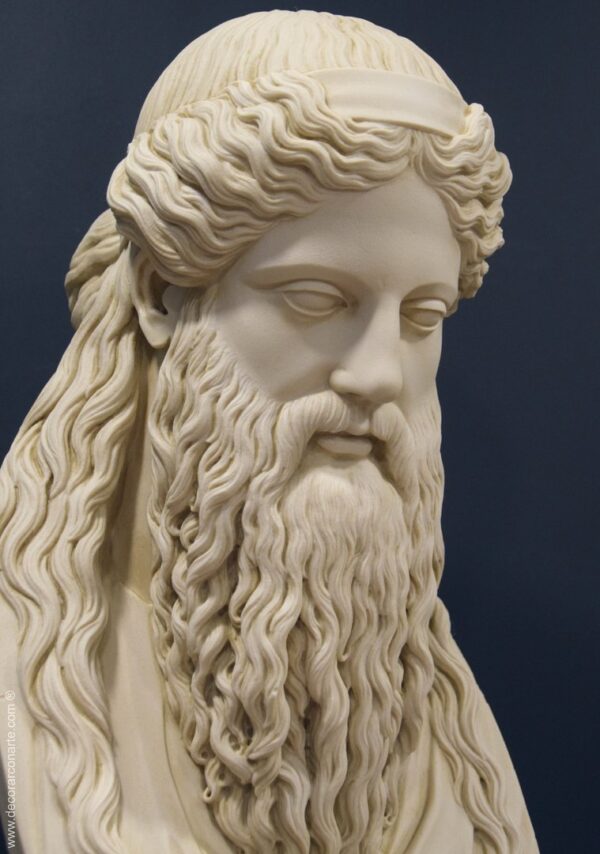 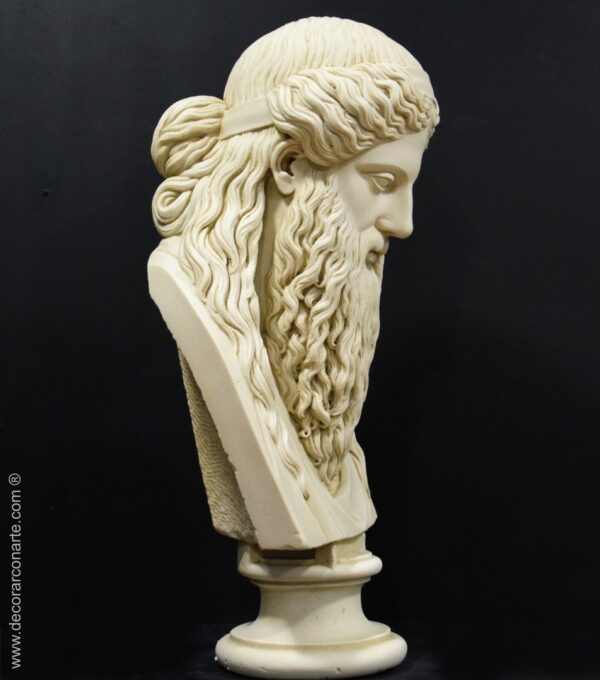 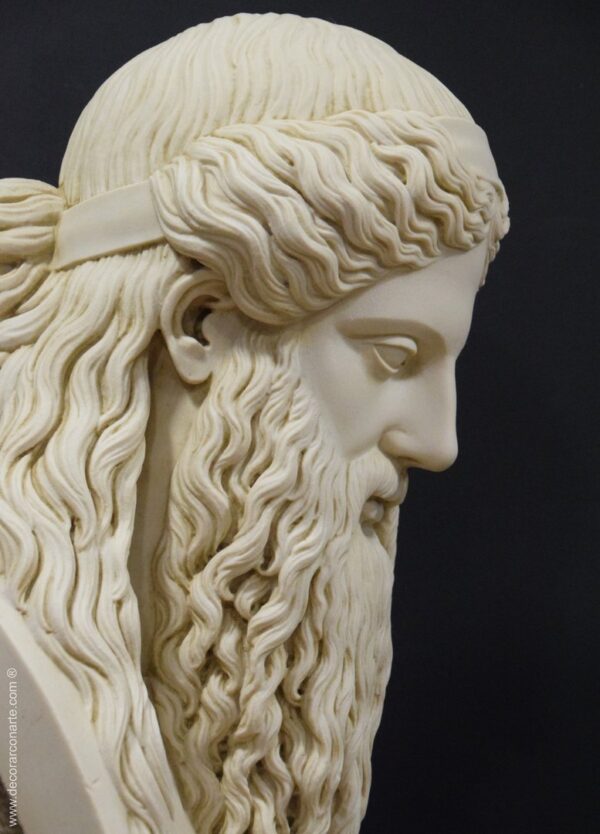 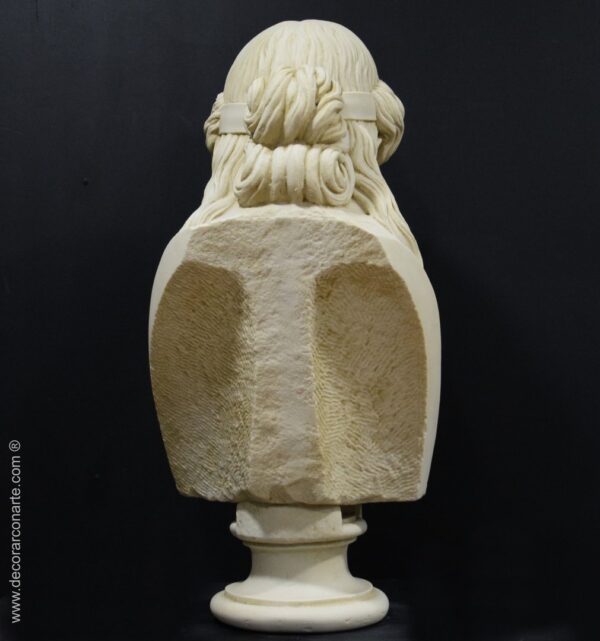 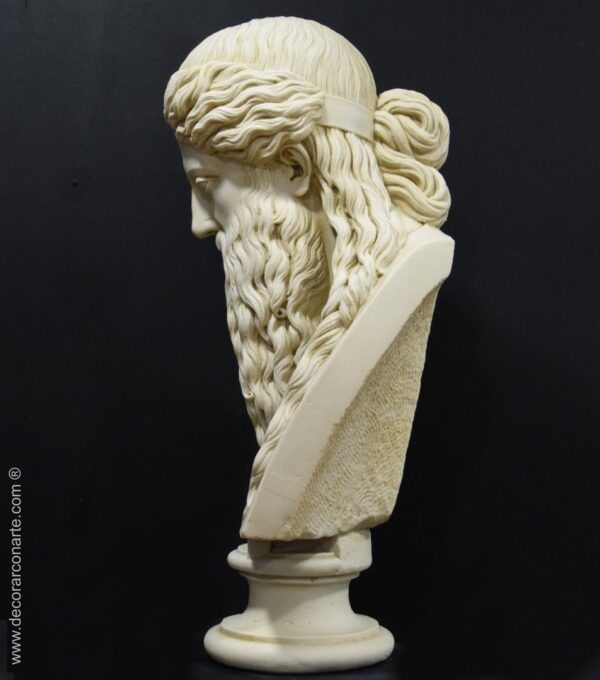 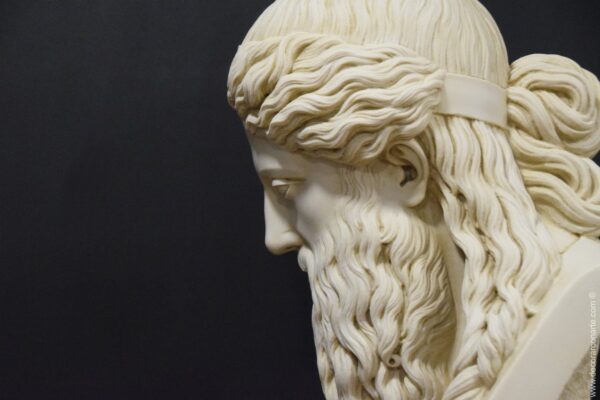 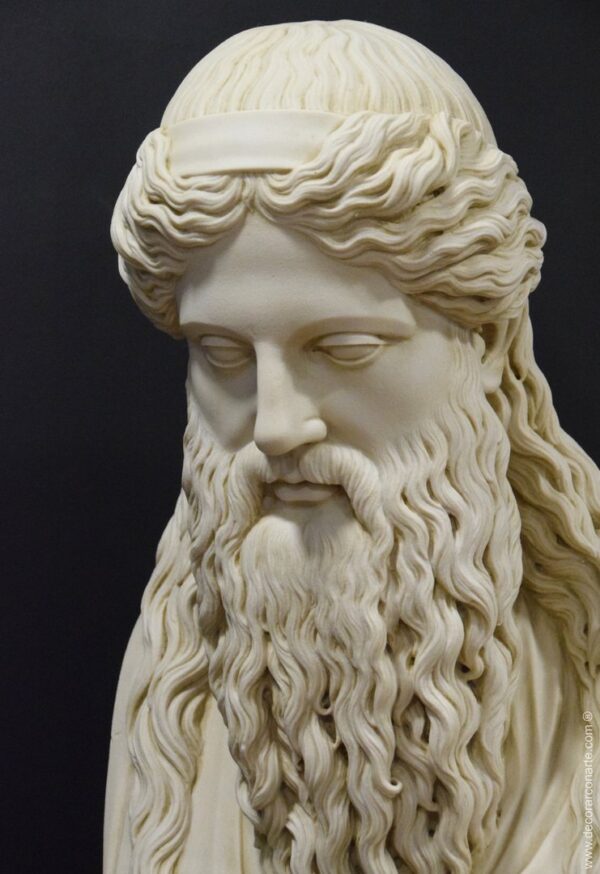 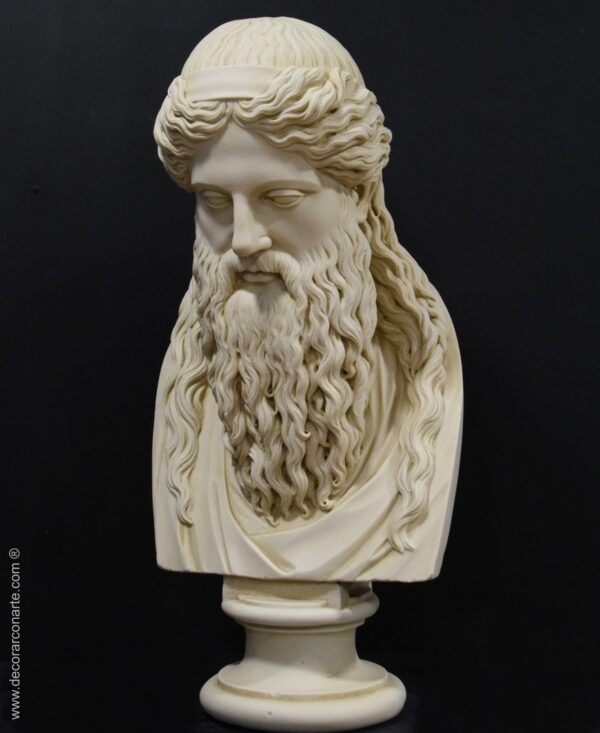 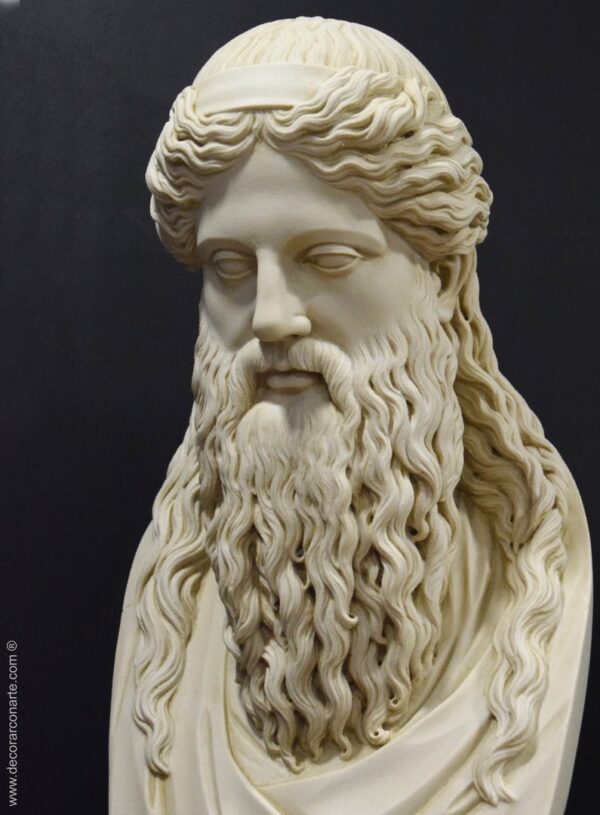 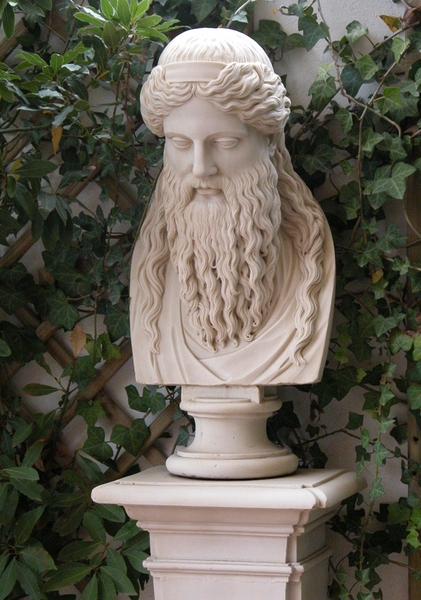 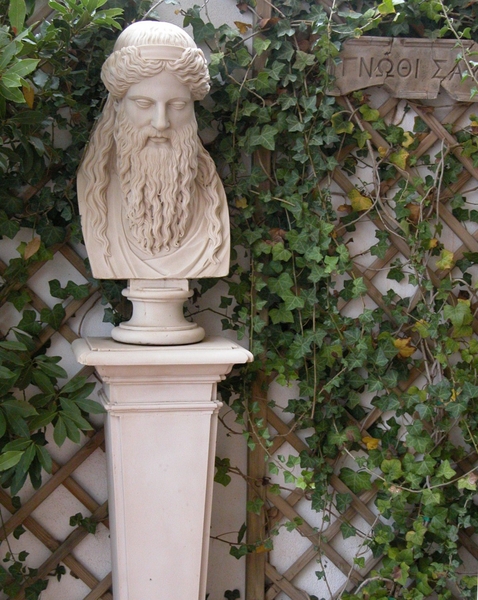 Can be shipped in 25 daysStocks:

The God of the enthusiasm shown by his serene face, and transmits peace to those who look at him.

Reproduction made ​​of stone powder with synthetic resin. Completion with antique patina.

Bust of Dionysus in the Archaic style, dating from the 4th century BC. It was previously considered to be a portrait of the Assyrian king Sardanapalus.

In classical mythology, Dionysus is the god of wine, the inspirer of ritual madness and ecstasy, and one of the Olympian gods, the most important in Greek mythology. Although the geographical origins of his cult are unknown, almost all tragedies portray him as a “foreigner”.  He was also known as Bacchus and the frenzy he induced, bakcheia. He is the patron god of agriculture and theatre. He is also known as the ‘Liberator’ (Eleutherius), liberating one from his normal condition, through madness, ecstasy or wine.   Researchers have discussed Dionysus’ relationship to the ‘cult of souls’ and his ability to preside over communication between the living and the dead.