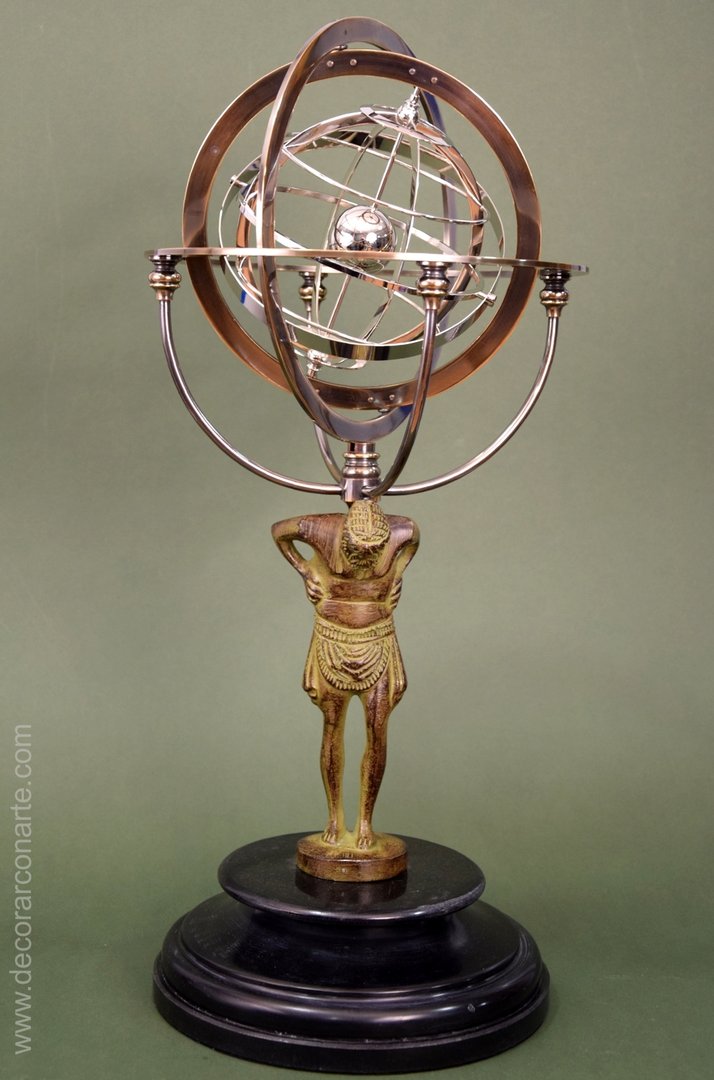 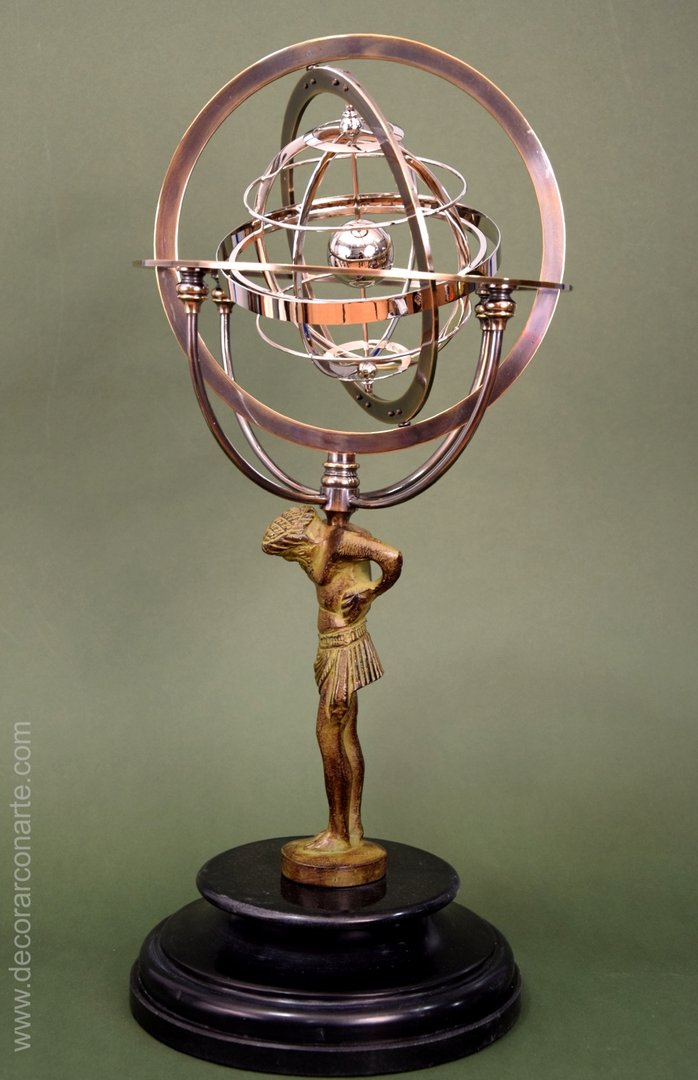 Can be shipped in 7 daysStocks: 0

Armillary sphere in aged brass.
An armillary sphere is an astronomical instrument. It is used to represent the movement of the heavenly bodies. An armillary sphere consists of several relatively rotatable metal rings together form the shape of a ball. This structure is usually mounted in a frame. The armillary sphere was used in Greece in the II centuries BC and in China in the I century BC. The name comes from the Latin armilla (ball), represents the instrument is mounted on a skeleton of graduated circles and shows us the equator, the ecliptic and the meridian and the astronomical parallel.