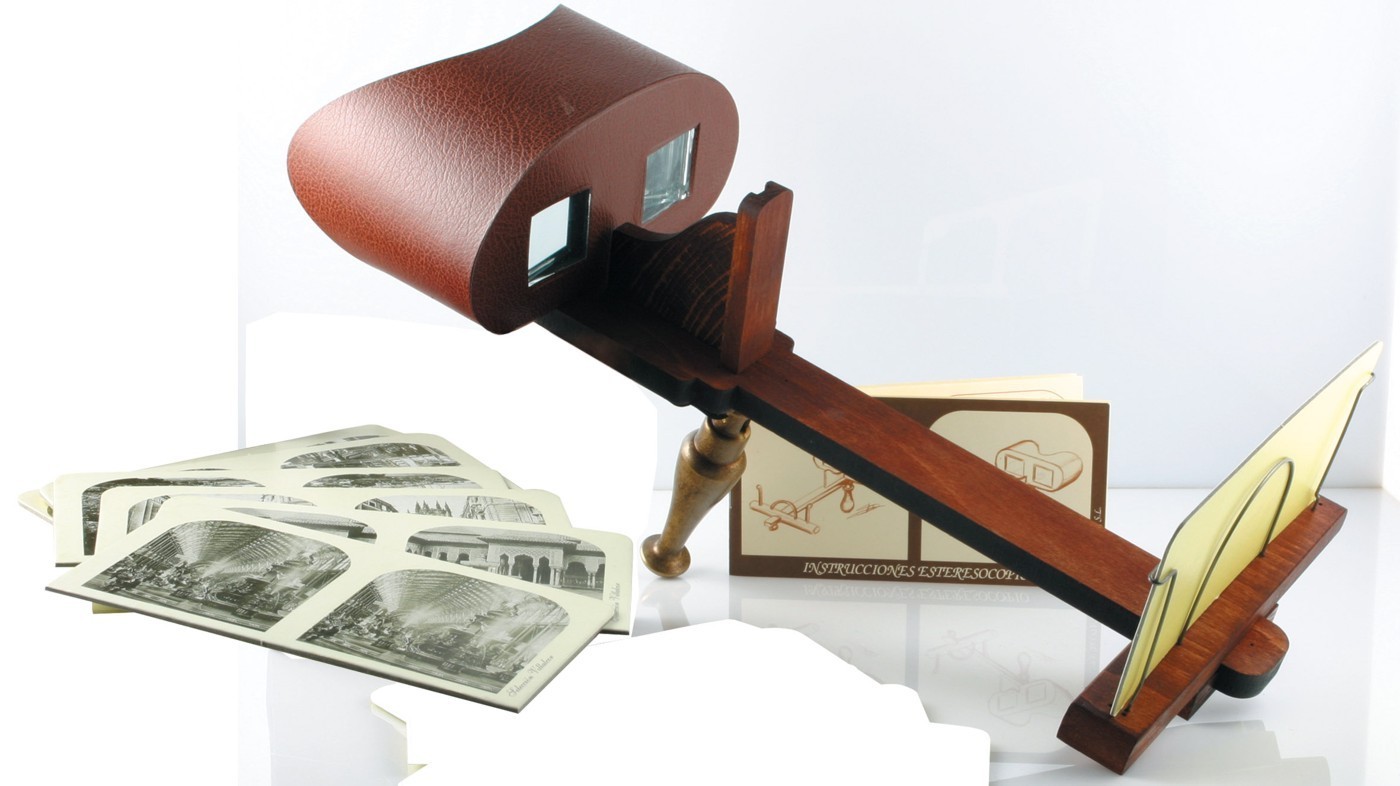 Instrument which is derived from the studies of binocular vision (it leads back to Euclid, Kepler, and Leonardo da Vinci). But it was Sir Charles Wheatstone in 1938 (Royal Society of London) who presented this invention in which a series of two line drawings of geometric shapes, which had only watch in perspective, thanks to an instrument that was designed by him, and so allowed to see pictures from two different points of view and the feeling of three-dimensionality was. He called this instrument stereoscope (it represents volumetric figures and how they are seen by each eye, and in fact, each eye sees a slightly different image).

Later in 1841, around the time of the photographic process, Calbot and Collen, after consultation with Wheatstone they set forth calotype stereoscopes, so photography was a helper method of the utmost importance for the development of stereoscopes. From 1850 was the invention of “Brewster stereoscope“ a great success and of great popularity in America and Europe. In 1851 at the World Exhibition in London it was introduced by a French company and made ​​as a gift to Queen Victoria, who assumes the luxury Aparat. The stereoscope was one of the favorite amusements of the nobility.

This model is the reproduction of Oliver Wendel Holmes, was manufactured in 1862.

Be the first to review “Stereoscope, 12x15x37cm” Cancel reply