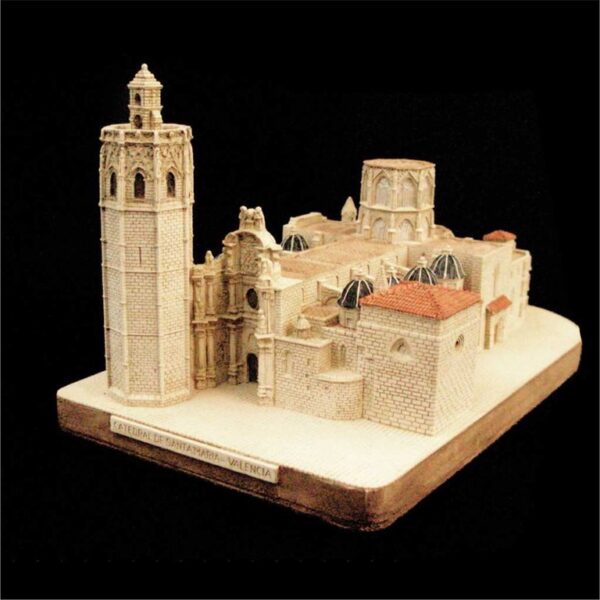 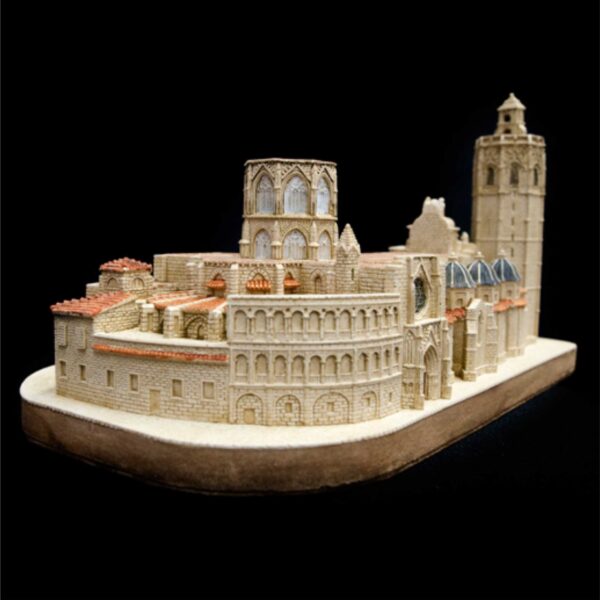 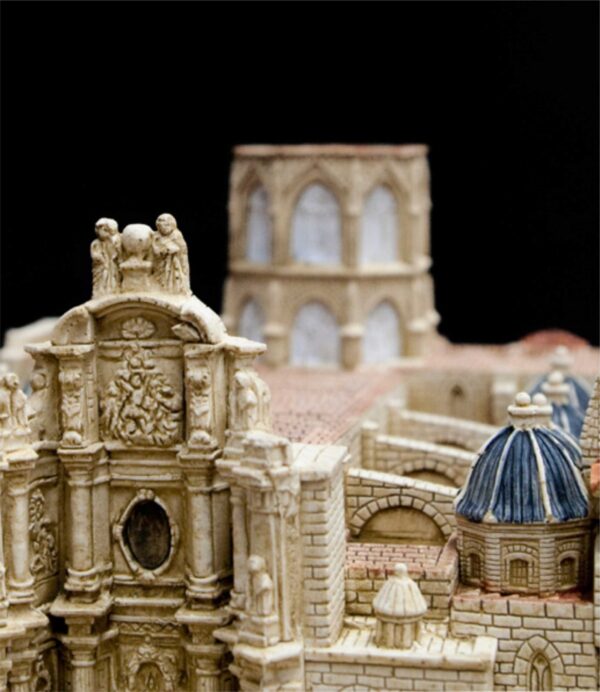 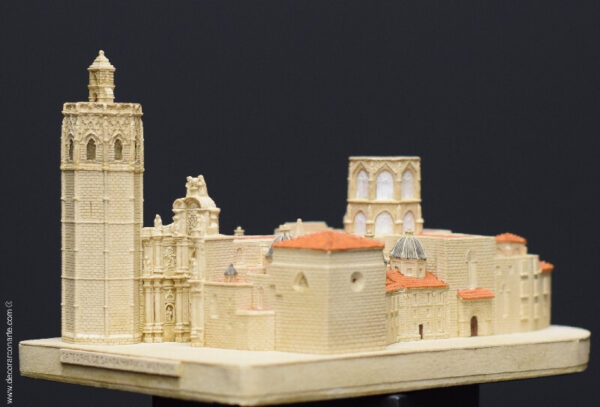 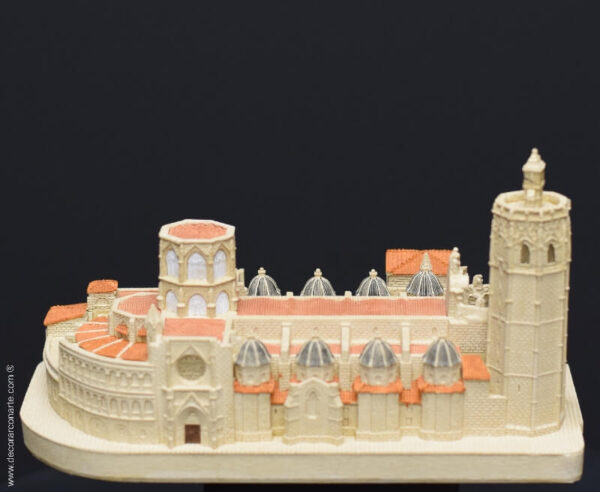 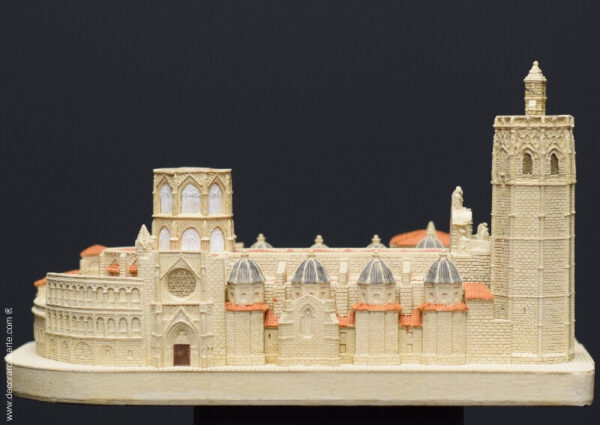 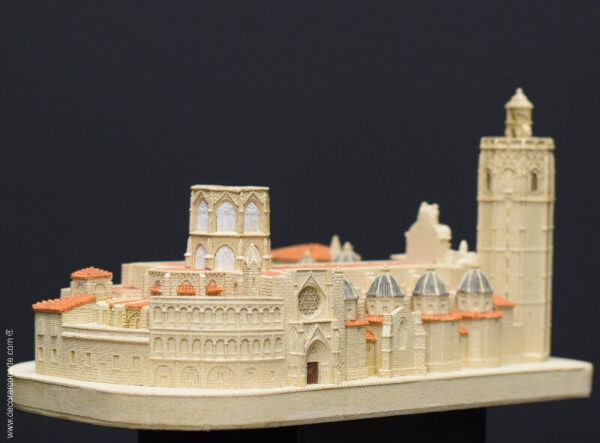 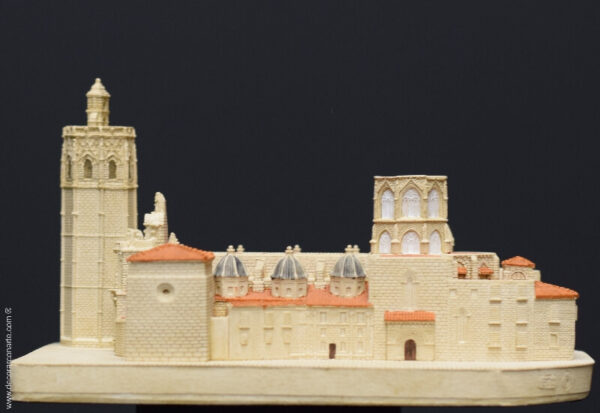 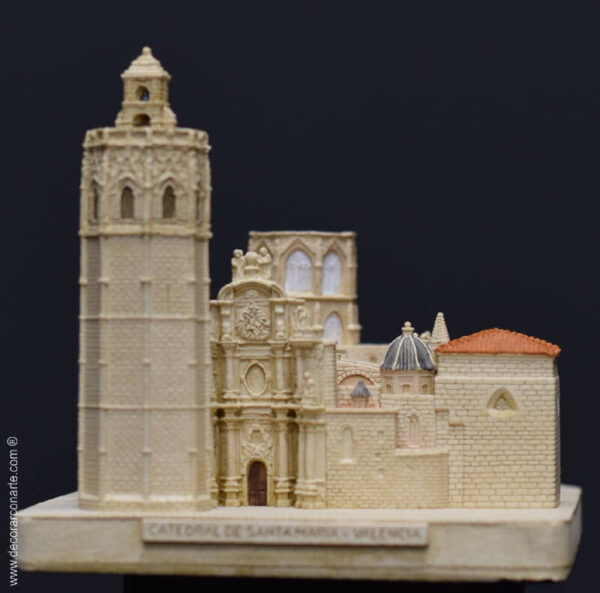 Can be shipped in 10 daysStocks: 4

Model of the Valencia Cathedral. Made of reconstituted stone.

The origins of the building date back to Visigoth epoch, when the existence of an ancient temple, which, once fall city in Arab hands, step to serve as a mosque has been documented.

In the 13th century is decided to tear down the old building to build a new one, following the guidelines of the master Arnau Vidal. The style used is Gothic, although the Almoyna door, so call for being next to the defunct House of the Almoyna (alms), presents an inertial Romanesque style, with kinship with the dells the Cathedral of Lleida fillols door.

At the beginning of the 14th century, works are directed by Nicolás de Autum, moment in which the header and the ambulatory, construction is already finished with its eight chapels, and while in process of completing the transept and the cover of the Apostles.

In the middle of this century the greater part of the Cathedral, launching other constructions, such as the chapel of el Santo Cáliz, completed in the year 1369 by the master builder Andrés Juliá, which is far away from the main body, to be its function to serve is topped as theology classroom, currently capitular classroom. Most interesting is the building of the Tower of Miguelete – so called because the name of the campaign that gives them hours-, that was devised by the previous master of works as a free construction to the Cathedral in the year 1381. It has an octagonal and is divided into four sections separated by fascia.