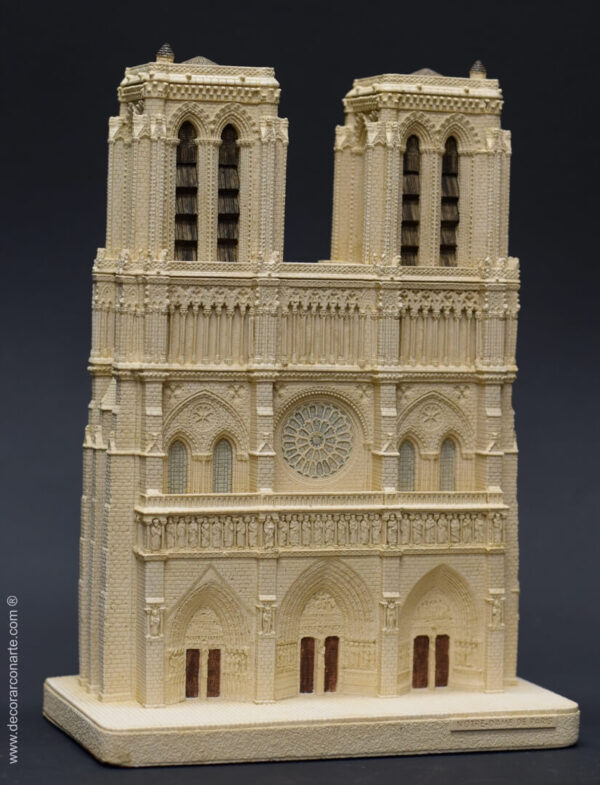 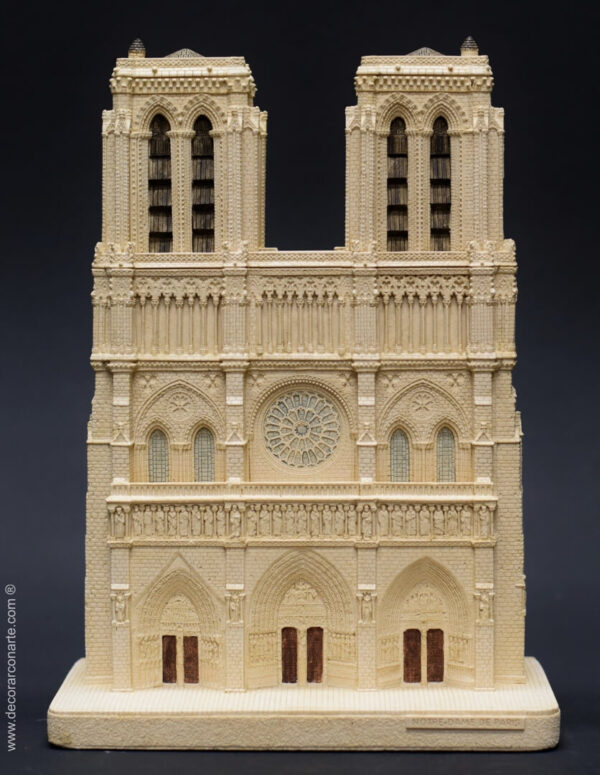 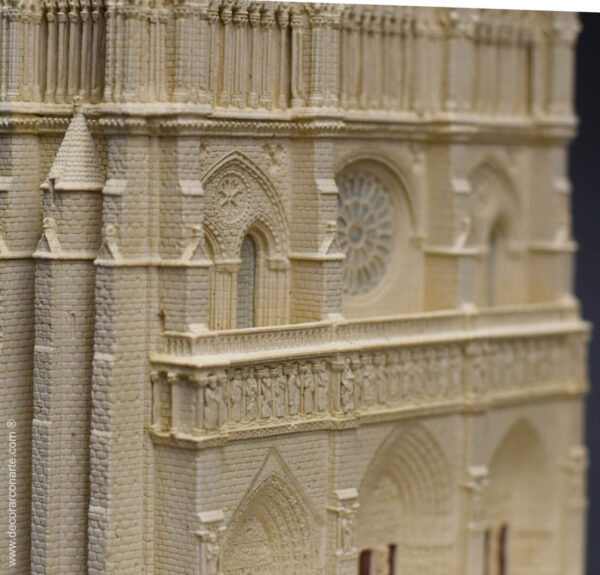 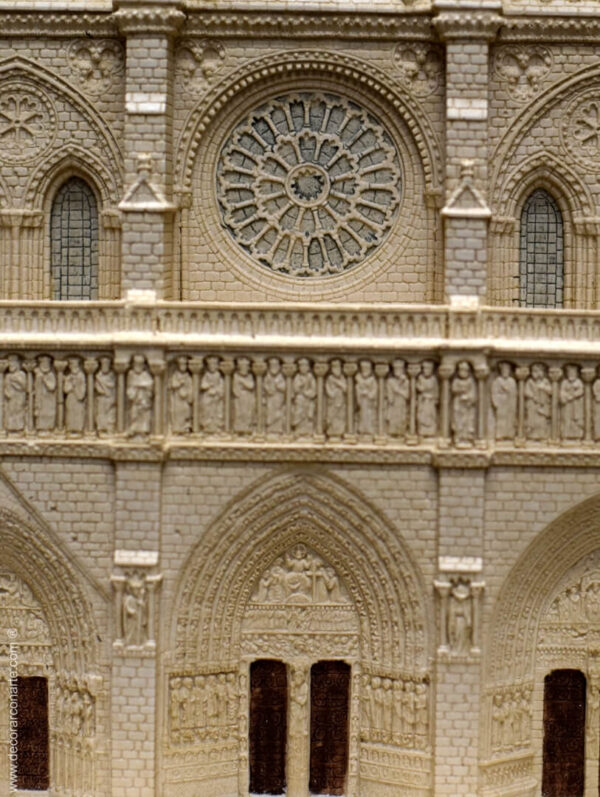 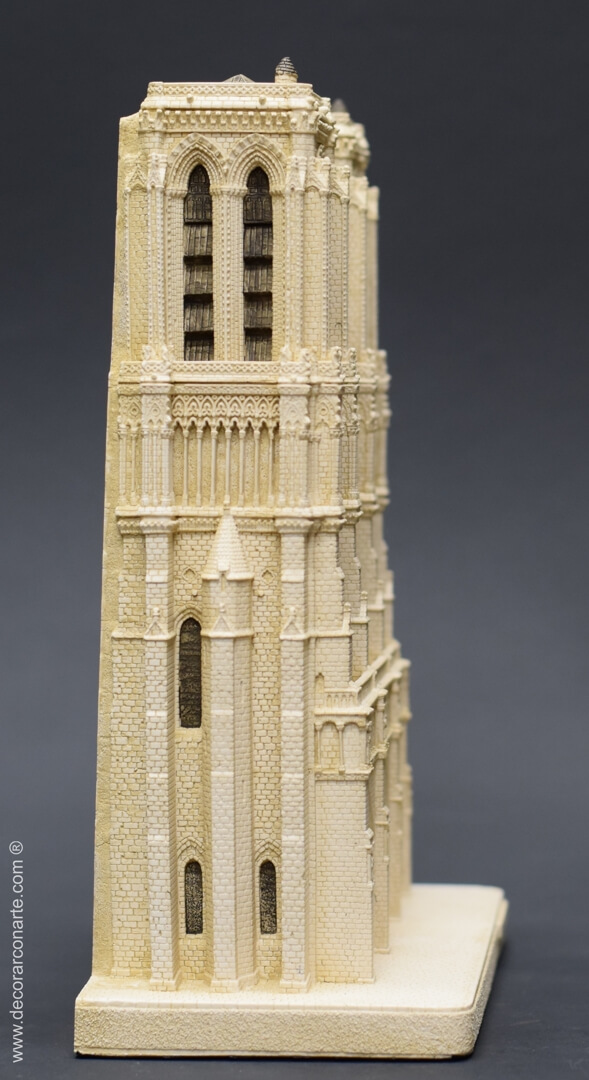 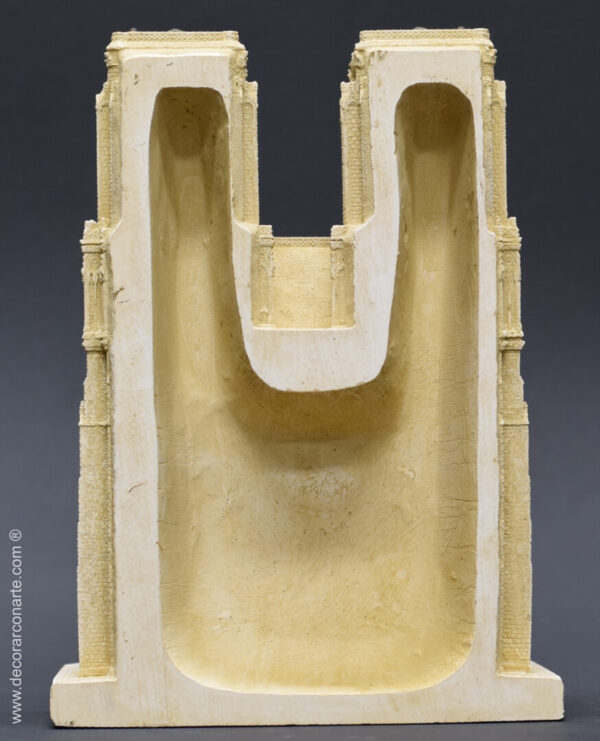 Notre Dame Cathedral was built on the Île de la Cité, in the heart of Paris, on the site previously occupied by the Carolingian churches of Saint Etienne and Notre Dame.

The western façade, flanked by two 70-metre-high towers, is one of the finest achievements of French Gothic architecture.

On the lower level are three monumental porticoes above which runs a gallery with sculptures of the kings of Judea and Israel. In the centre is a large rose window flanked by twin windows, and the middle section is crowned by a beautiful arcade over which the upper section of the towers overlooks.