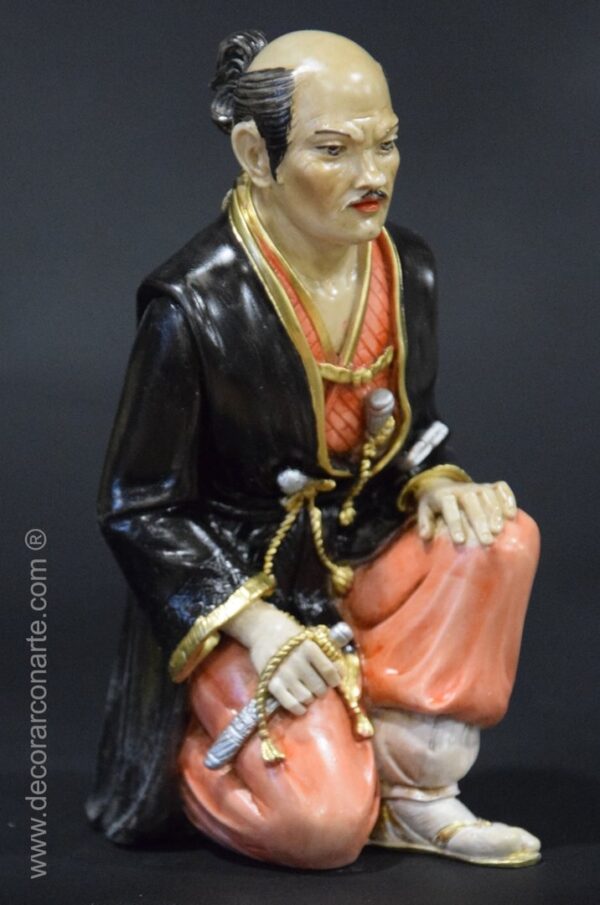 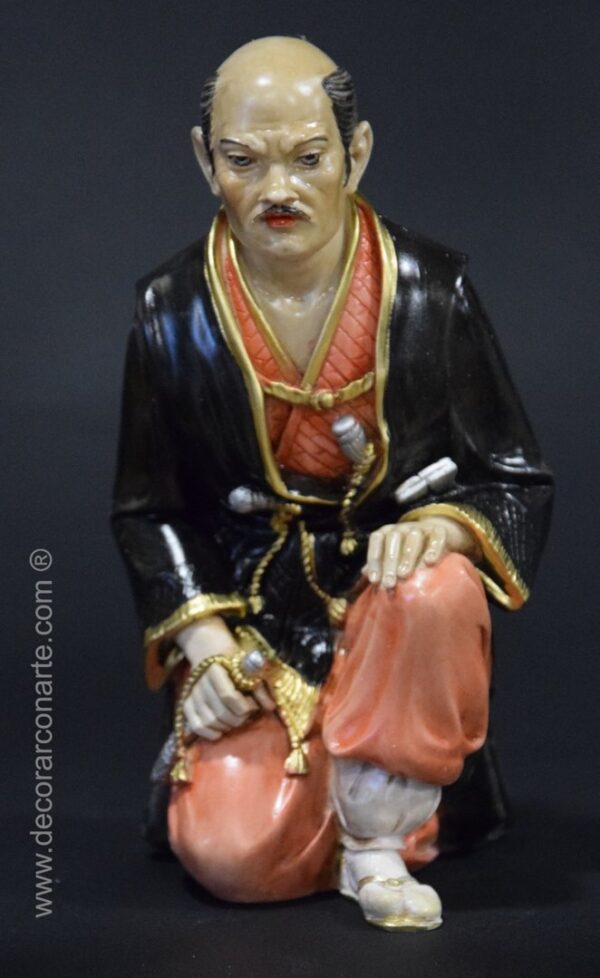 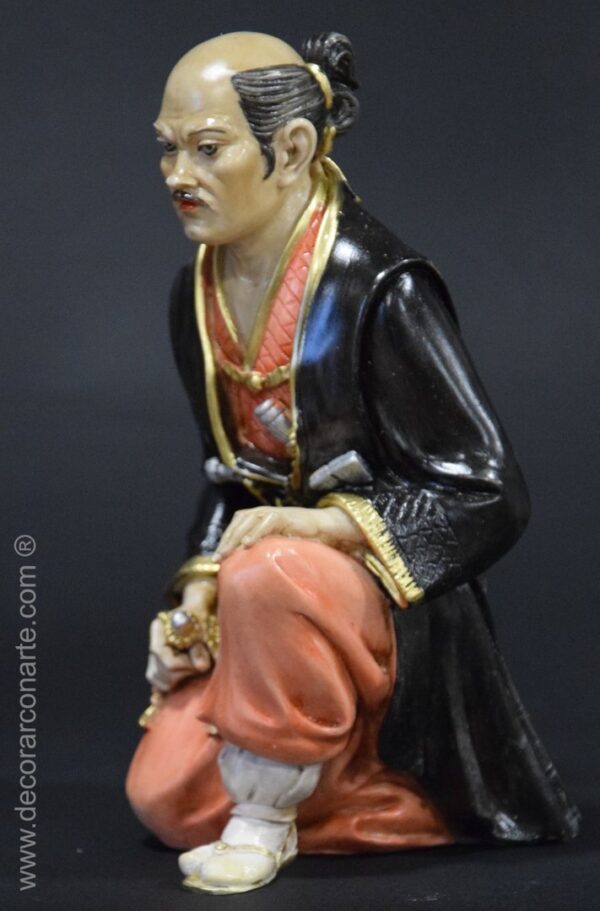 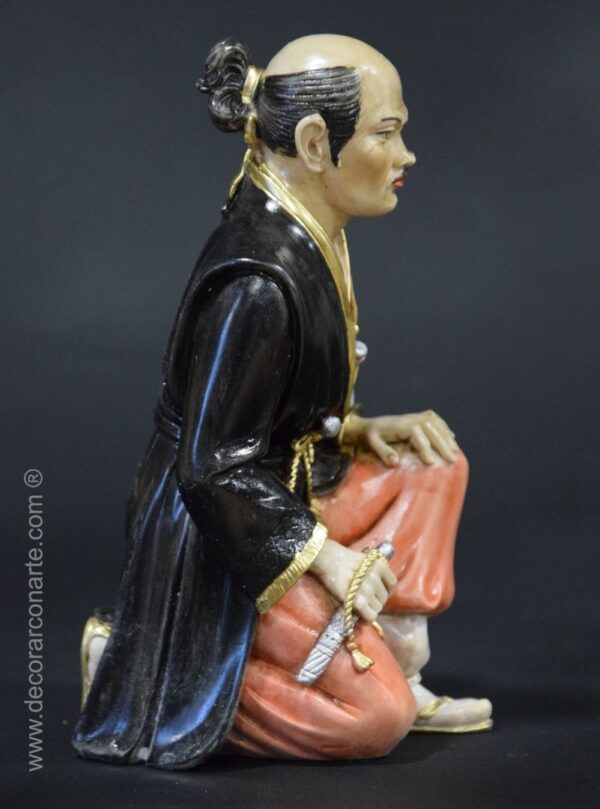 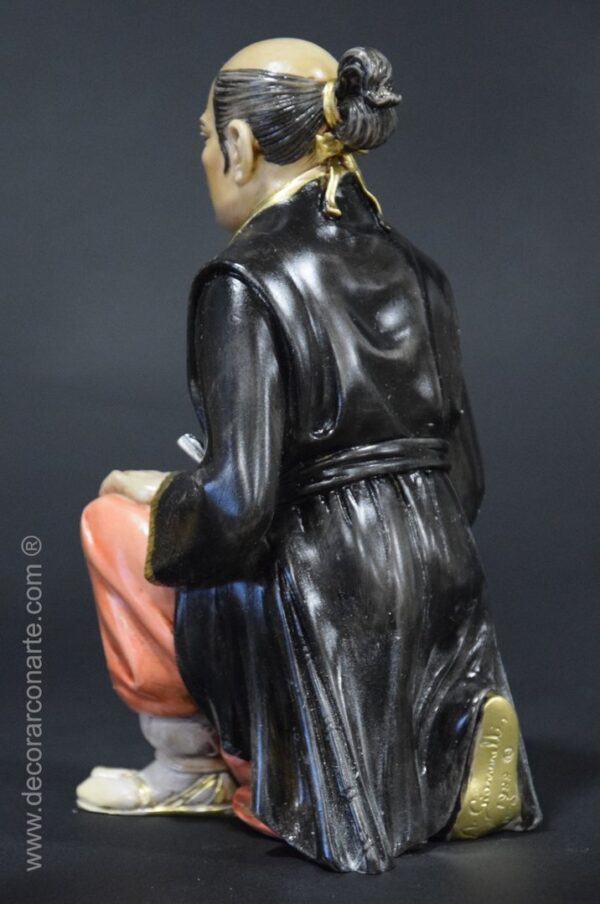 Can be shipped in 4 daysStocks: 2

Reproduction of a decorative figure of a samurai, made of reconstituted marble (marble powder agglutinated with chronolite) and finely polished. Patinated with polychromes and natural earths that give it the finish of a sculpture embellished by the passage of time.

Reproduction of a Japanese figure of a samurai made with great attention to detail.

The samurai were a Japanese military elite formed by clans of warrior landowners. During the Sengoku period (15th-17th century), a period of great instability, the power of the emperor and the shogun (a kind of prime minister) was very weakened and they fell into a period of feudal civil wars between different clans. After the restoration of the power of the shogunate, the samurai began to decline until their complete disappearance in the Meiji Era (19th century). They were characterised by a stoic attitude to death and the following of some of the precepts of Bushido, the way of the warrior.