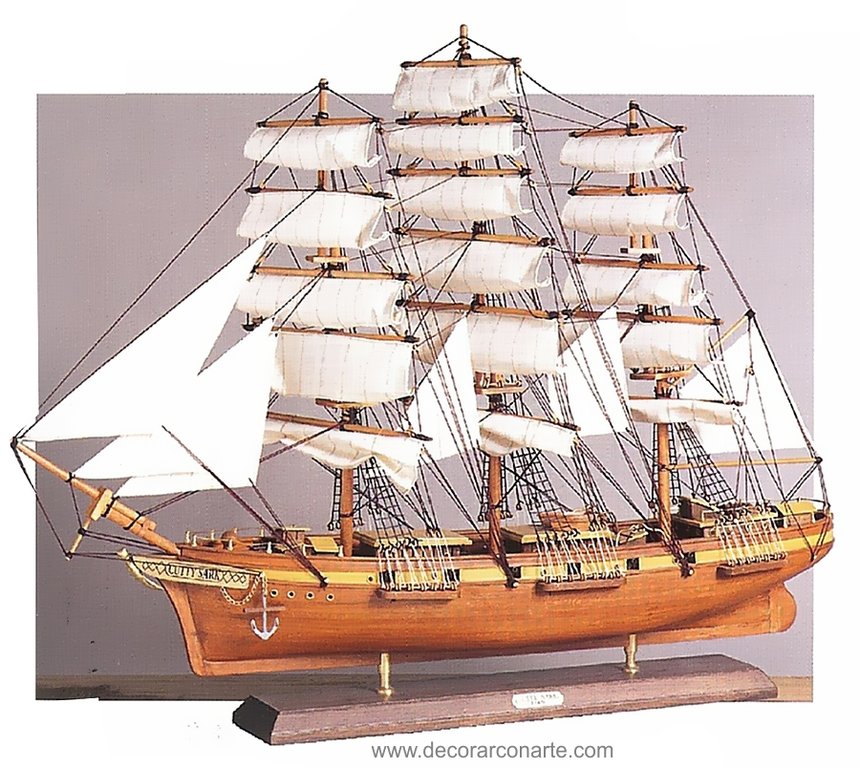 Boats made in quality materials, wood and textile.

The model ships are FULLY ASSEMBLED ready for decoration.

The Cutty Sark was, in 1869, one of the last clipper type sailing ships to be built.

She owes her name to a fictional character called Cutty Sark, a dancing witch from a comic poem by Robert Burns published in 1791. She was designed by the naval engineer Hercules Linton and built in 1869 at Dumbarton (Scotland) by the Scott & Linton shipyard. She was launched on 23 November of the same year.
The Cutty Sark was destined for the tea trade which, at that time, was very active on the China-London lines. This trade generated large profits if the first tea of the season arrived in Britain. Its beginnings were not very promising. In the 1872 tea race against the clipper Thermopylae, the two ships left Shanghai together on 18 June, but Cutty Sark was stranded two weeks later after a rudder failure in the Sound. She arrived in London on 18 October, a week after Thermopylae. Although she had lost the race, the Cutty Sark became famous because her captain preferred to continue the voyage with a makeshift rudder rather than stop in port for repairs.

The Cutty Sark is preserved today as a museum ship and is one of Greenwich’s main attractions.