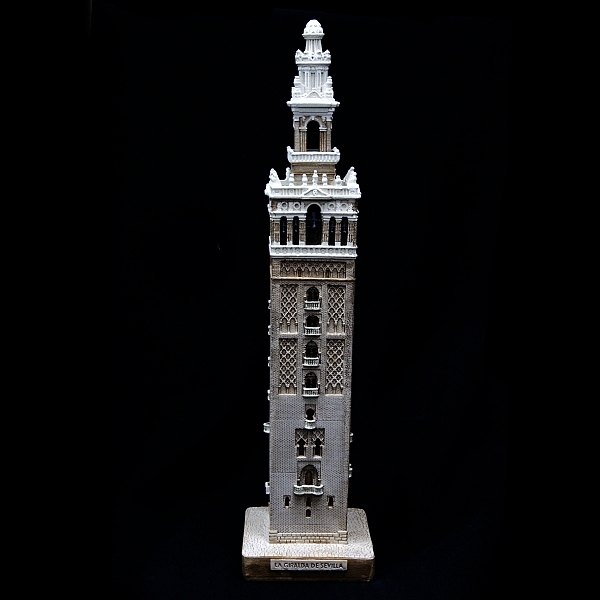 Model of the Giralda made of marble reconstituted with resin. Patinated with natural earth.

One of the most emblematic Spanish towers and universal symbol of the city of Seville is the Giralda, a name that comes from the sculpture that crowns it, ‘la Giraldilla’, an ‘allegory of Faith’ made in bronze by the sculptor Bartolomé Morel in 1564.

This is the old minaret of the Almohad mosque, erected between 1184 and 1196 by the master builders Ahmad ibn Baso and Ali de Gomara. Its current height, approximately 97 m, is the result of the addition of several sections in the Renaissance period (around 1568), the work of Hernán Ruiz.

For this it was necessary to remove the primitive top, now devoid of the yamur of the golden apples. In general, the works respected the original structure of the minaret (except for the balconies with balusters), where brick predominates as a building material.

The vertical division of its walls, its poly-lobed arches and its abundant decoration with a network of lozenges (known as sebga) make the Giralda one of the richest and most interesting examples of Almohad architecture in Spain.