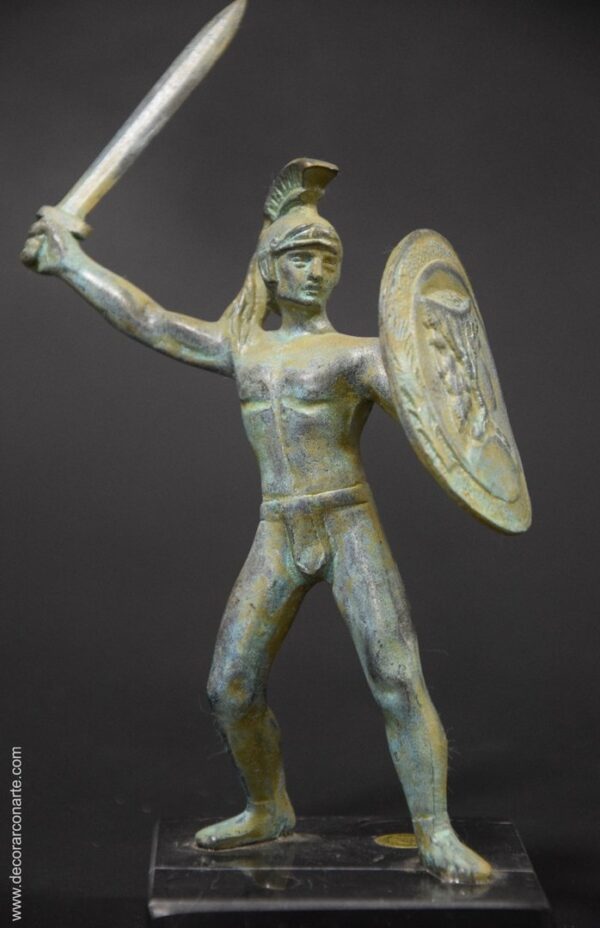 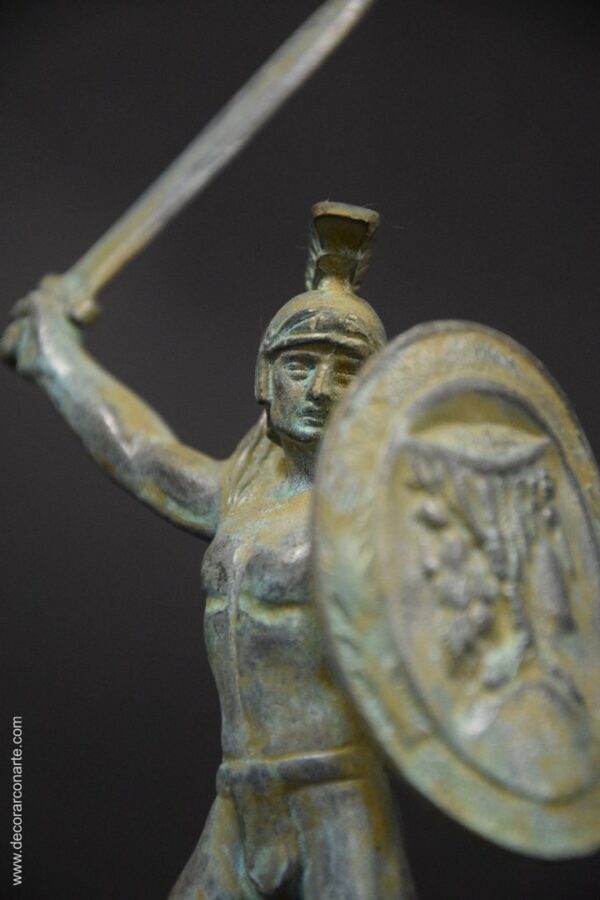 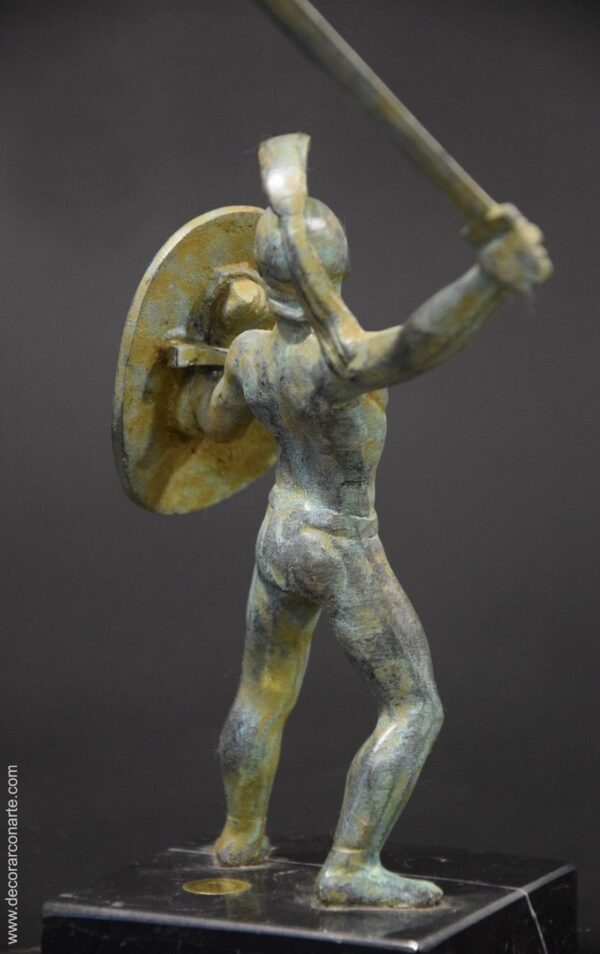 Figure representing a warrior of ancient Rome, with helmet, sword and shield.

The mythical foundation of Rome dates back to 753 BC. From the establishment of the Republic in the 6th century, Rome gradually gained importance in its region. Between the 3rd and 2nd centuries BC. After the Punic Wars against Carthage, Rome began to expand, first in the Mediterranean countries, thanks to a strong and well-organised army. In 27 BC, the Republic gave way to the Empire, which lasted until 476.