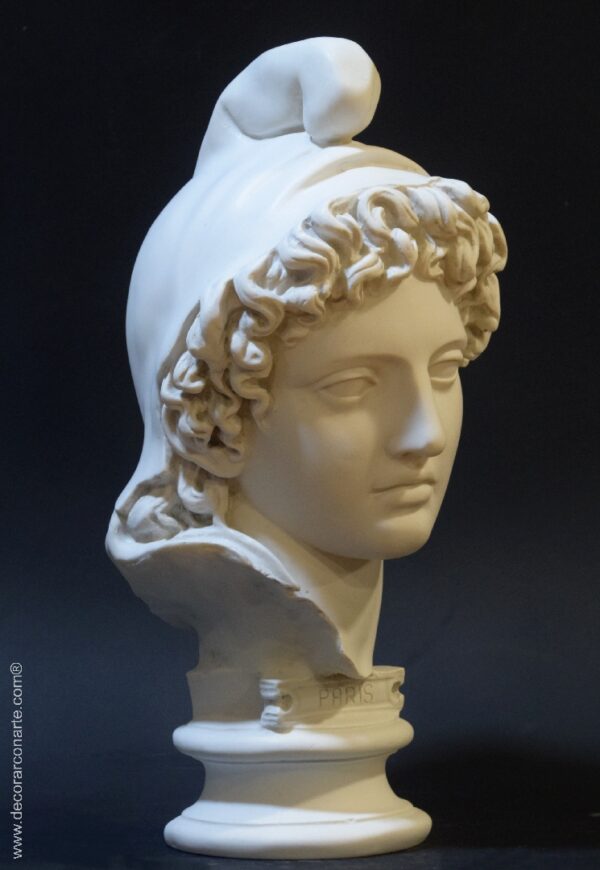 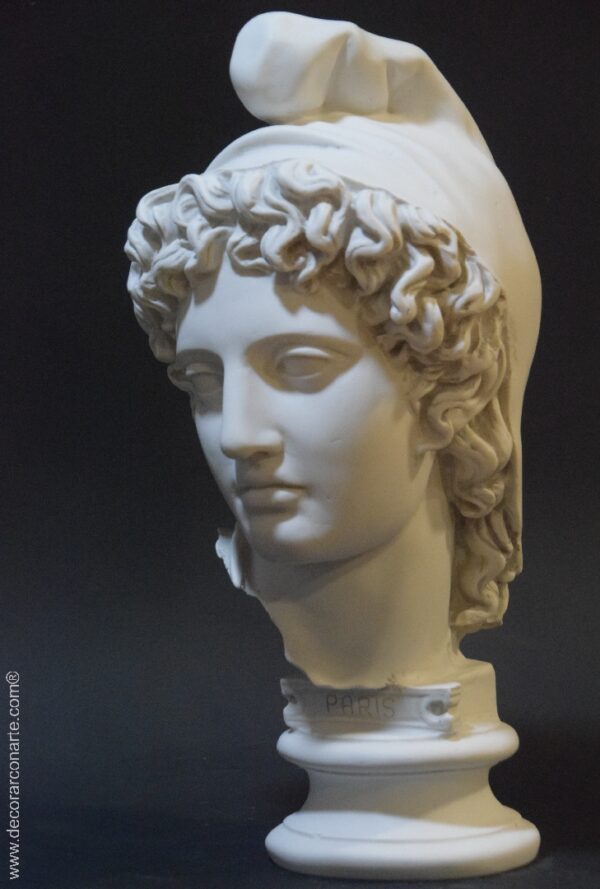 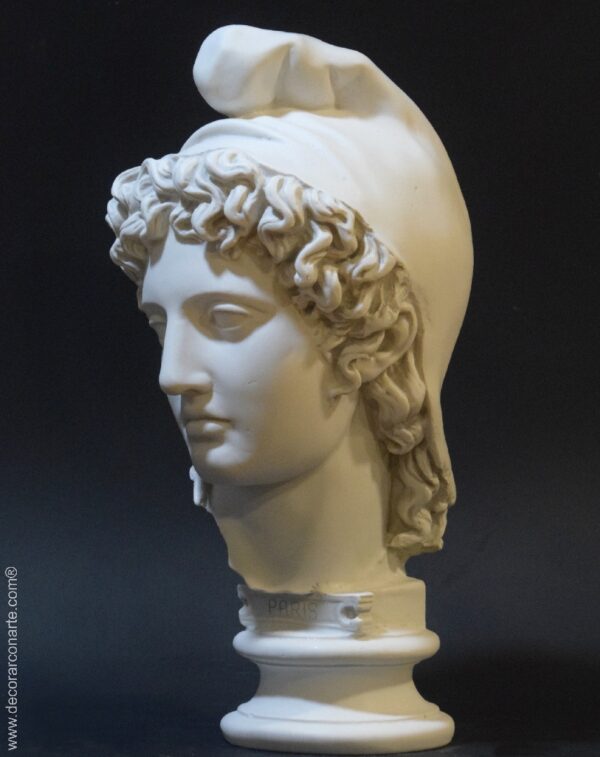 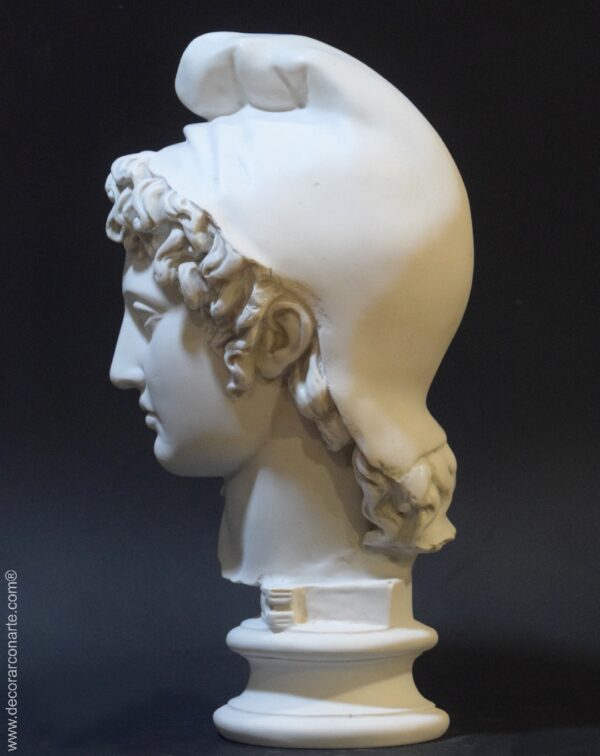 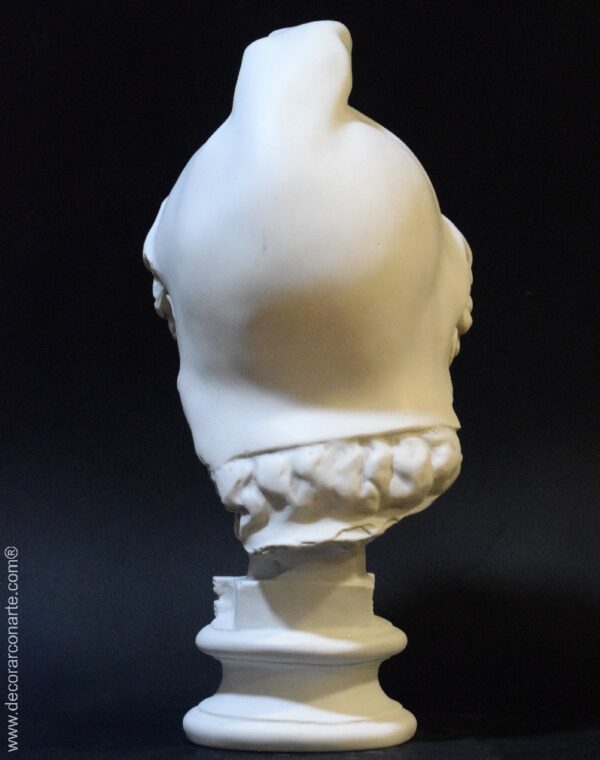 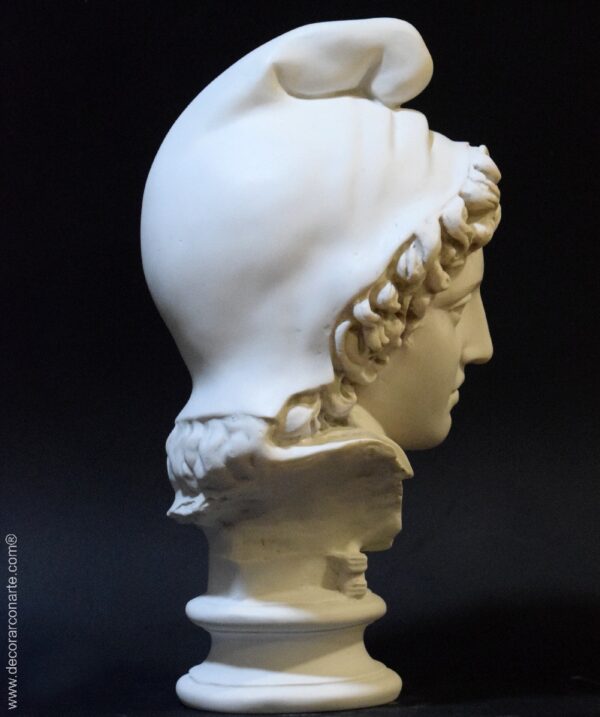 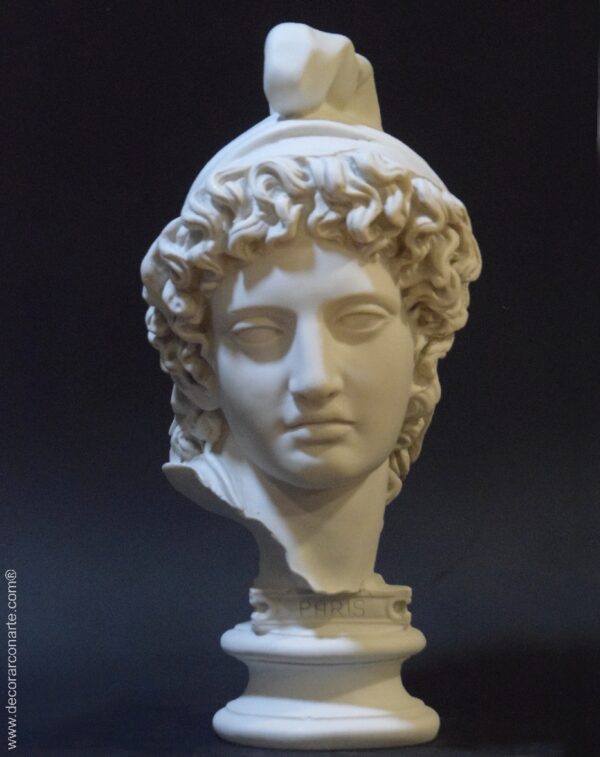 Can be shipped in 4 daysStocks: 1

Reproduction of a head of the Trojan hero Paris made in reconstituted marble (marble powder + binder). Finished with an ageing patina.

Paris was a Trojan prince who had lived in isolation on Mount Ida. In the dispute between the three goddesses Hera, Athena and Aphrodite to see who was the most beautiful, Paris gave the Apple of Discord to Aphrodite, who had promised him the love of Helen of Sparta in exchange. Eventually Paris abducted Helen and provoked the most famous war of antiquity, the Trojan War, remembered centuries later by Greek rhapsodes and poets such as Homer in The Iliad and The Odyssey.

Be the first to review “Head of Paris. Height 45cm” Cancel reply