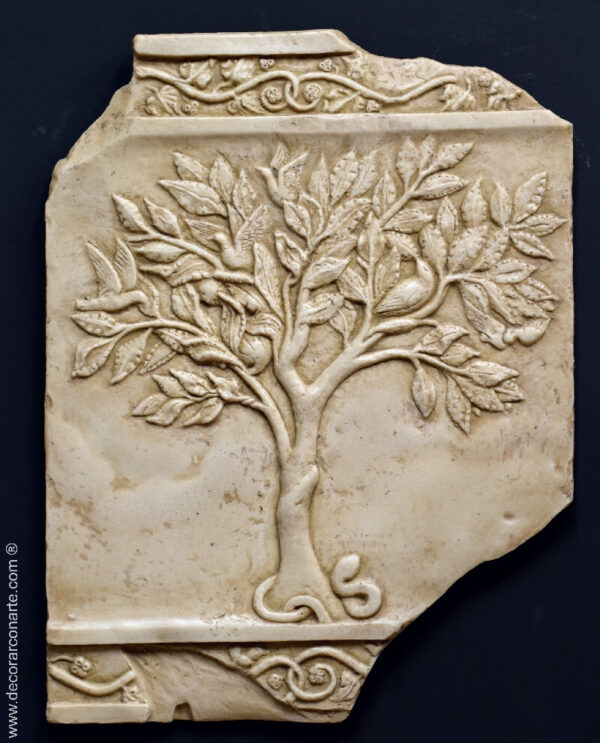 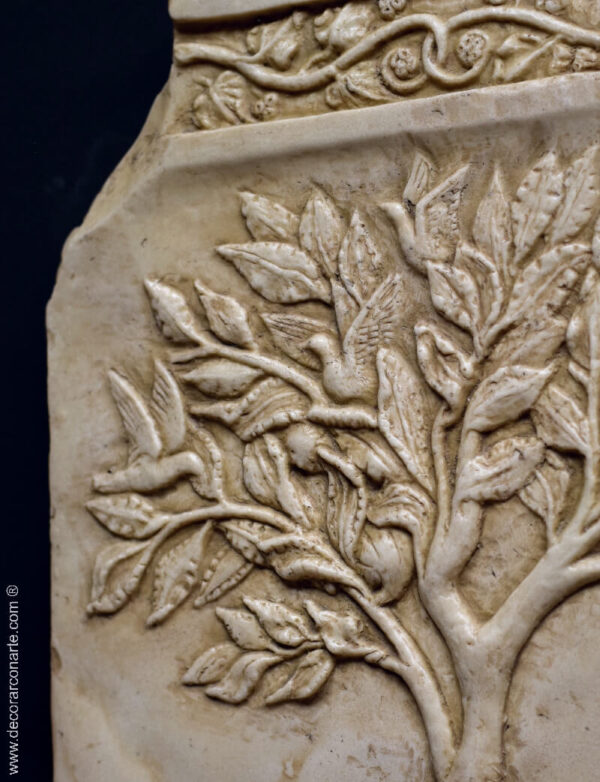 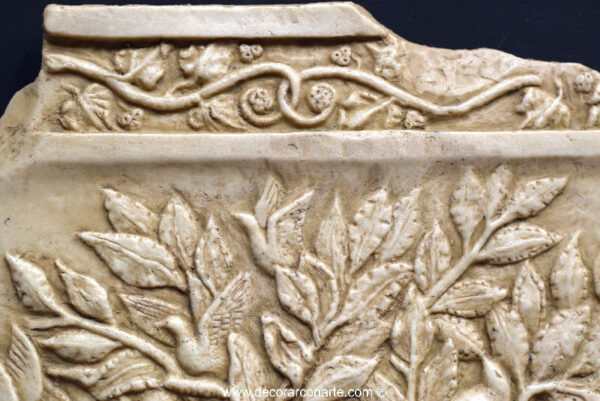 Reproduction of a bas-relief made in reconstituted marble (marble powder plus binder), finished by ageing with patinas from natural earth.

Reproduction of a Roman relief found in Mérida (Badajoz, Spain), currently kept in the National Museum of Roman Art in Mérida.

This relief depicts a laurel tree with birds at the top and a snake at the foot of the tree. The laurel tree was consecrated to Apollo, who is usually depicted wearing a crown made from its leaves, which in ancient Greece was used to crown the winners of competitions, both sporting events such as the Olympics and poetry contests. In Roman times the laurel wreath was used for the triumphal parades of victorious generals.

In Roman Imperial iconography, the laurel tree is associated with the Emperor Octavian Augustus, who, after invoking the god Apollo at the battle of Accius, was victorious and placed himself under the patronage of the god.