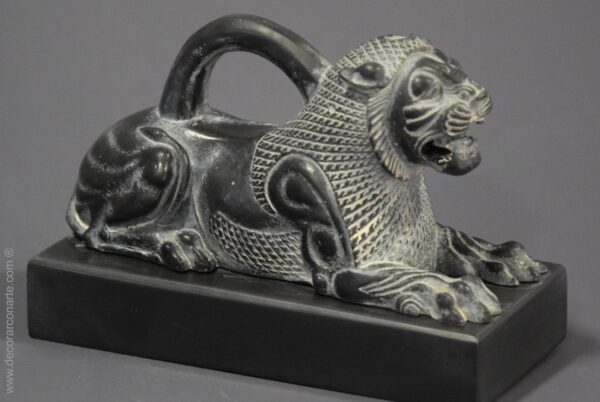 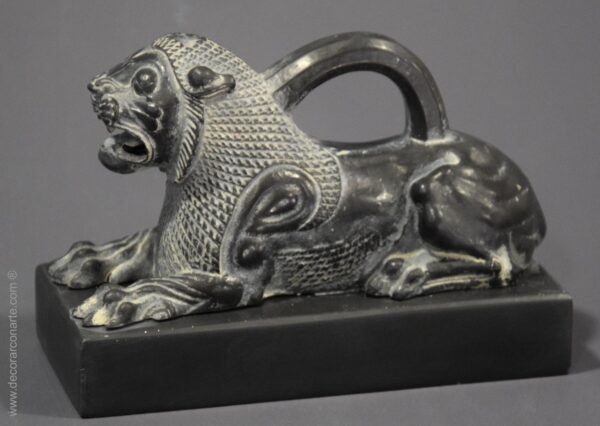 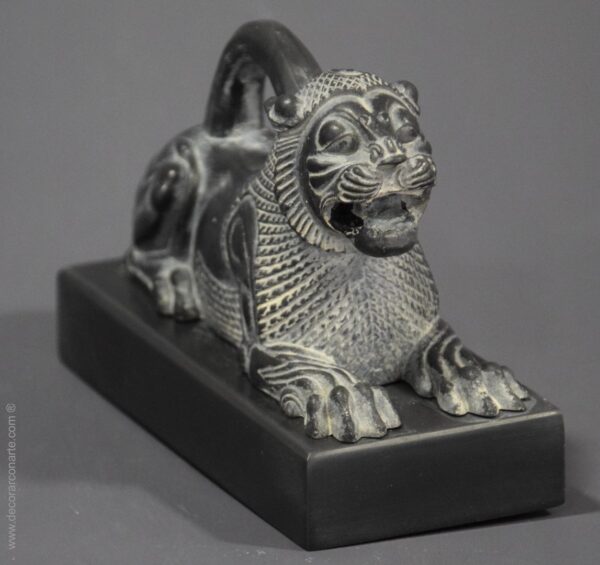 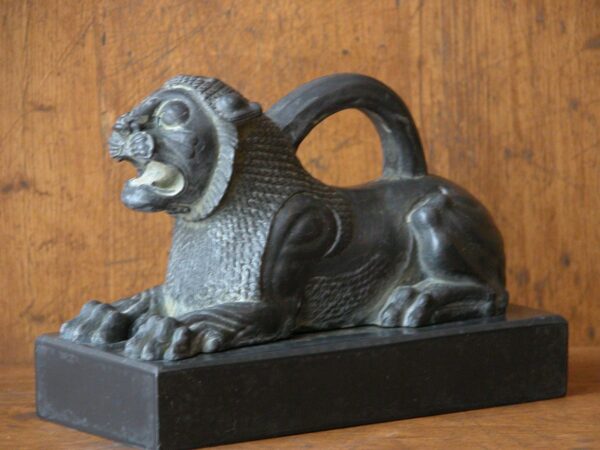 Reproduction of a lion-weight from Susa (Iran). 5th century BC. Louvre Museum, Paris.

A lion-shaped weight found in the city of Susa during the Achaemenid period of the Persian Empire, 5th century BC. Susa was the capital of the Elamite empire which reached its peak around 1500 BC. From the end of the 2nd millennium BC it was successively sacked and conquered by the Neo-Babylonian, Assyrian and Persian empires, during which time it rose to prominence as one of the four capitals of the Achaemenid Empire, until the conquest of the Macedonian army under Alexander the Great.

The invention of writing in Mesopotamia in the 4th millennium BC favoured the accounting of goods and trade. The development of trade in this region brought with it the need to adopt systems for converting weights and measures to facilitate transactions. One of the most commonly used measures was the mina, and there were different magnitudes of mines, which ranged from about 480 g to 1 kg to 2.8 kg. A mina was divided into smaller weights, including shekels, a system adopted by the Hebrews.