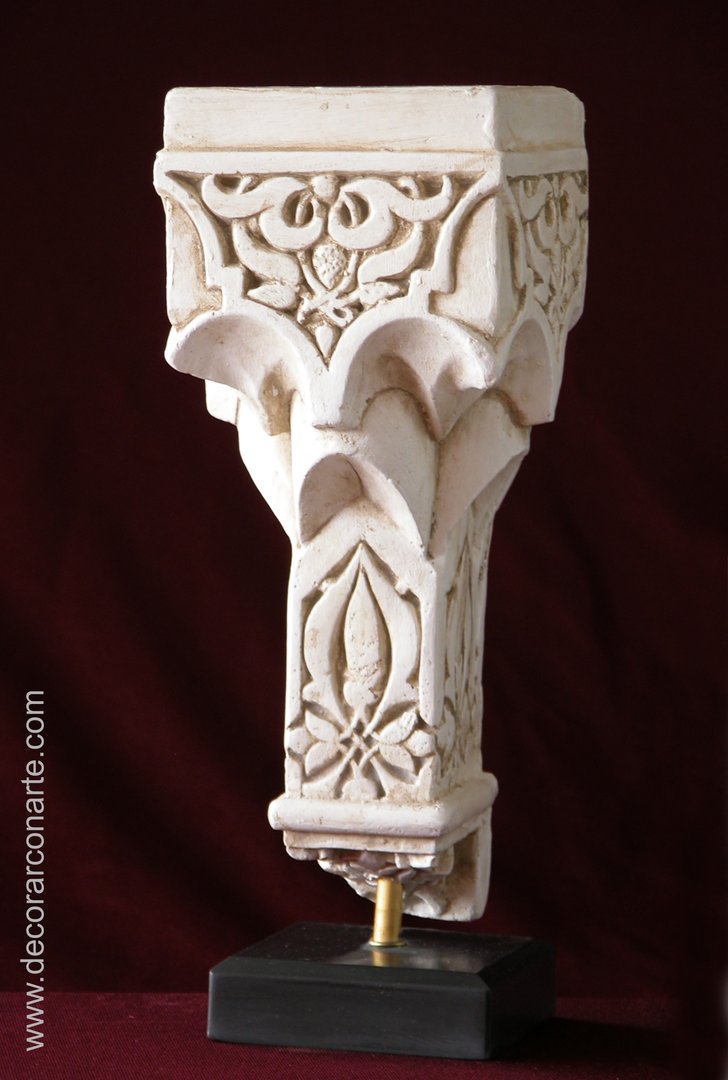 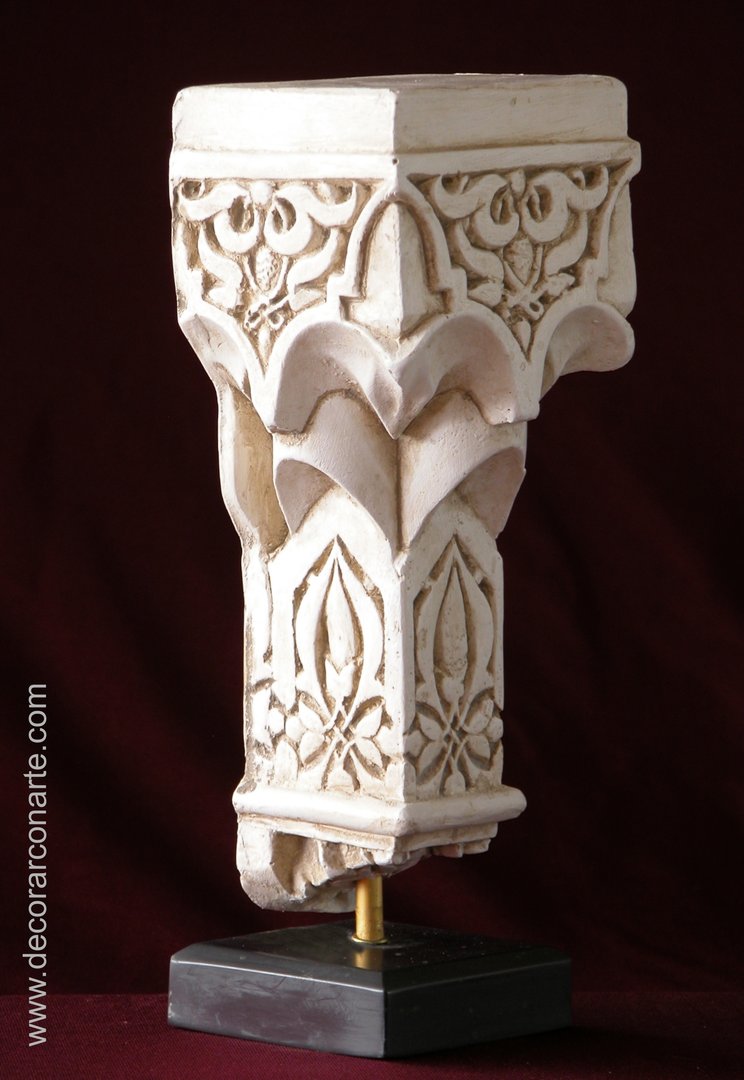 Can be shipped in 10 daysStocks: 3

Reproduction of a Nasrid corbel made of plaster with a black reconstituted marble base.  Its singular beauty makes it an ideal piece as an element of Arabic decoration or in any select environment.

Reproduction of a Nasrid corbel from the Alhambra in Granada.

In 1237 Granada was chosen as the capital of the Nasrid kingdom, or Nasri, and a year later the construction of the palatine city of the Alhambra began. This palace complex consists of two distinct parts: the Generalife Palace (built in the 13th century but rebuilt in 1319) and the Alhambra itself. The latter was built on a reddish hill that gave its name to the fortress. First a fortified enclosure or alcazaba was built and later, during the 14th century, the rest of the palace with its most significant parts: the Comares Room, the Patio de los Leones, the Patio de los Arrayanes, the Mexuar, the Throne Room, the Royal Bath, etc. Among the ornamental elements, the capitals of almost cubic shapes stand out, in which two models are combined: one with acanthus leaves and ataurique and the other with muqarnas decoration.

Be the first to review “Nasrid Corbel from the Alhambra. High: 28cm” Cancel reply