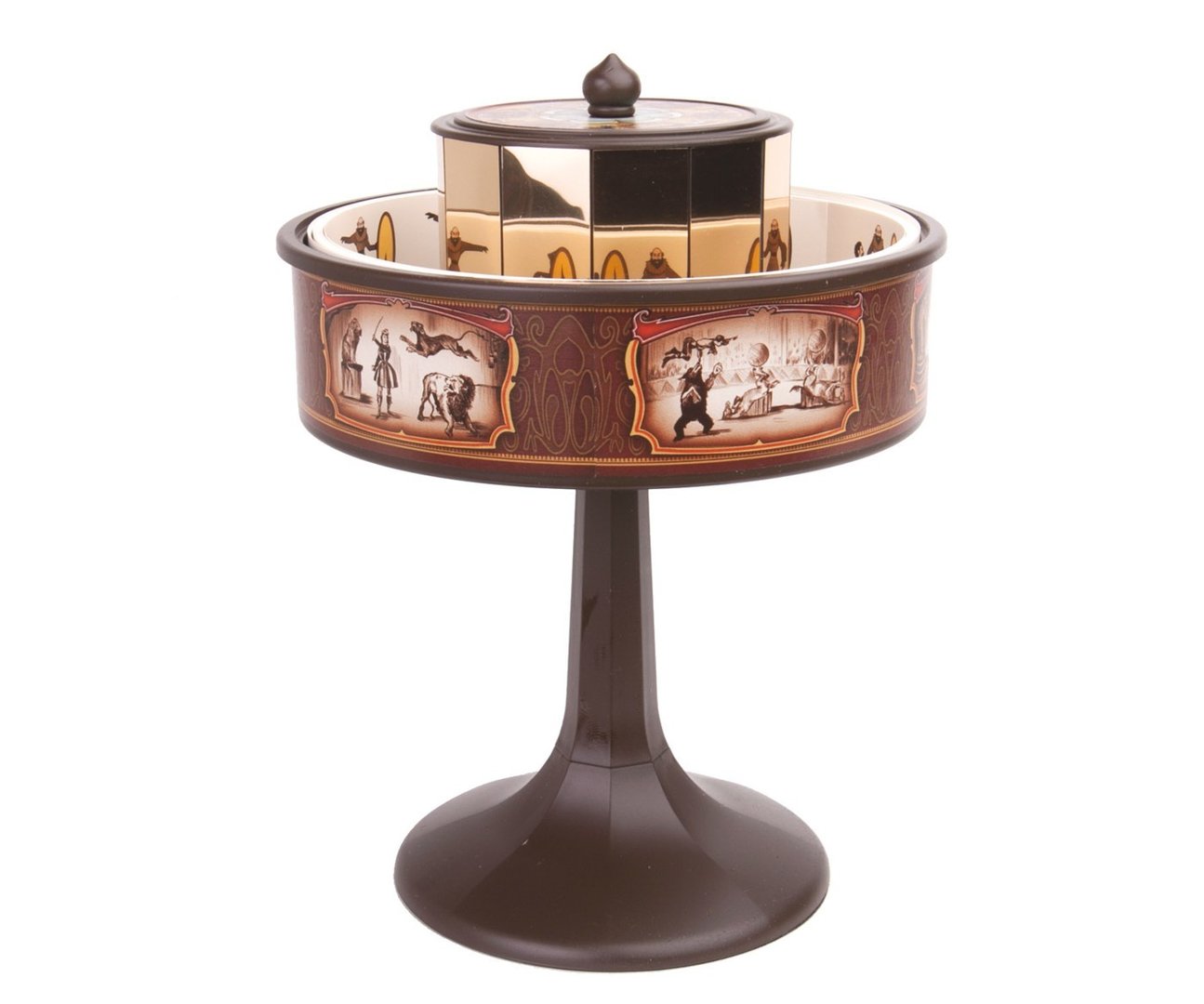 The Praxinoscope was patented by the french Emile Reynaud in 1877. In reality, Reynaud tried to enhance the shortcomings of the Zoetrope, which at that time had enormous popularity. His invention was the first, which corrected the distortion in the vision of the moving images because of insufficient light, that comb through the small slit of the Zoetrope. This improvement in image quality leading to an immediate popularity and rapid exchange of Zoetrope.