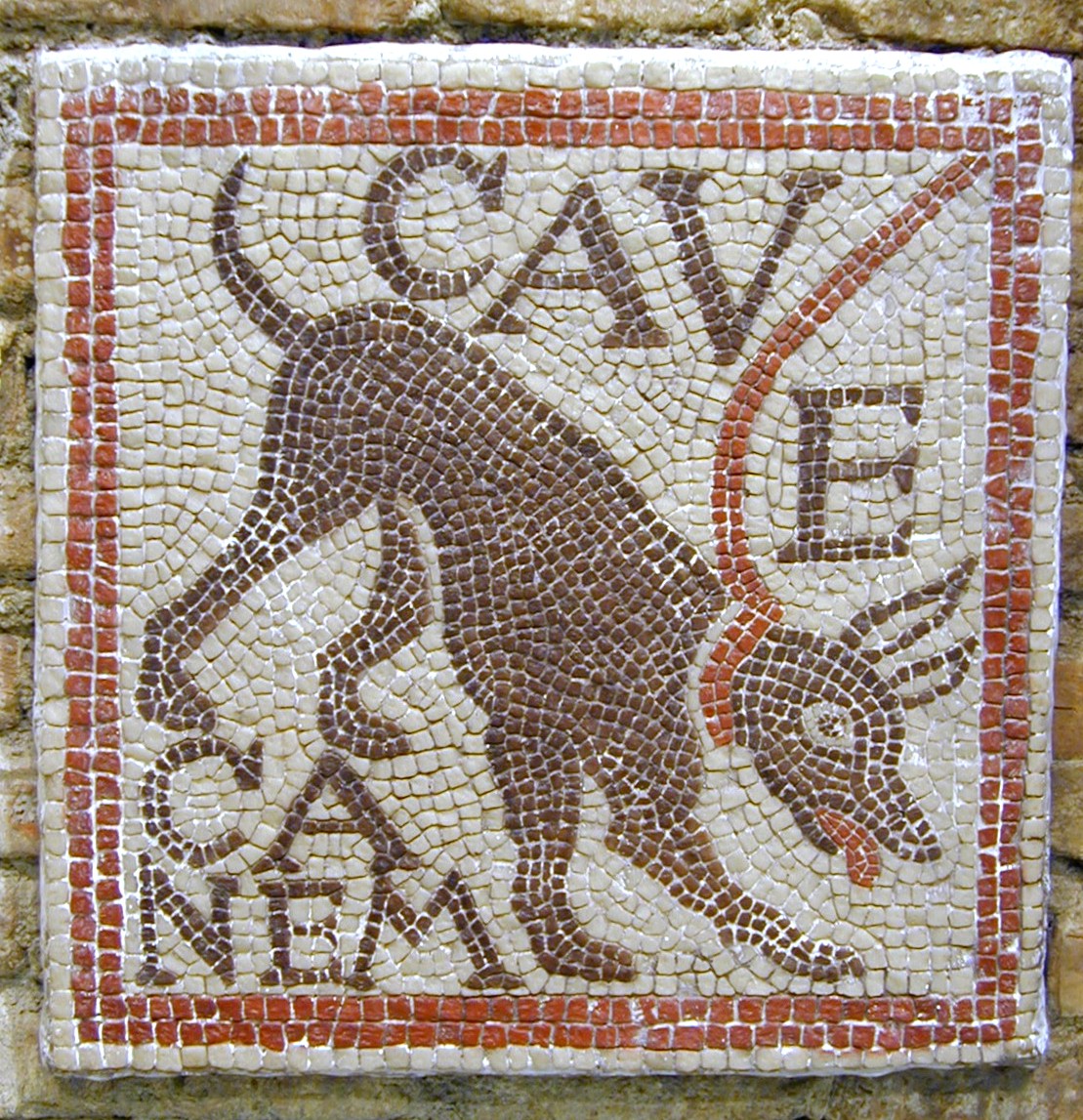 Cave Canem is a Latin warning (consisting of cavere “intimidated”, “beware” and canis “dog”), which means “Beware of the dog!  It became known and is often cited for the discovery of a well-preserved floor mosaic in the ruins of Pompeii.

Reproduction of a Roman Mosaic During Roman rule the use of mosaics for the decoration of floors, walls and vaults was commonplace, especially under Imperial rule. If we take into account the enormous number of vestiges of their mosaic work and the important contingent described or mentioned in authentic texts, it is almost inconceivable that there are so few examples that have survived to the present day, such as this famous cave canem, which in the homes of Roman houses, warned of the proximity of a canine or watchdog, protector of the home.

Be the first to review “Roman mosaic. CAVE CANEN (beware of the dog). 43x43cm” Cancel reply