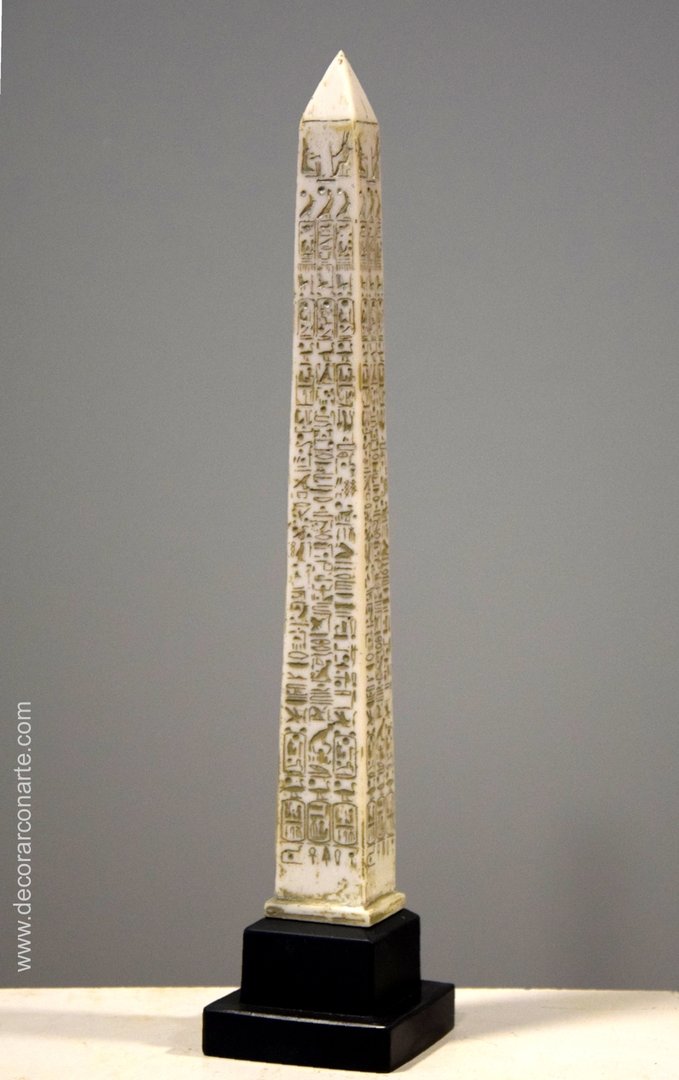 Reproduction of an Egyptian obelisk made of resin with an ageing patina on a black base.

Many Egyptian obelisks were erected in Rome. The first ones were brought by Augustus after the conquest of Egypt. One of them, not far from the Altar of Peace (ara Pacis), served as a spire for a gigantic solar quadrant, another, also from Heliopolis, was placed by Augustus in the “spina” of the Circus Maximus. There were several in the Field of Mars in the area of the Temple of Isis, others are known and mentioned in the texts. Some still serve as ornaments in modern Rome.