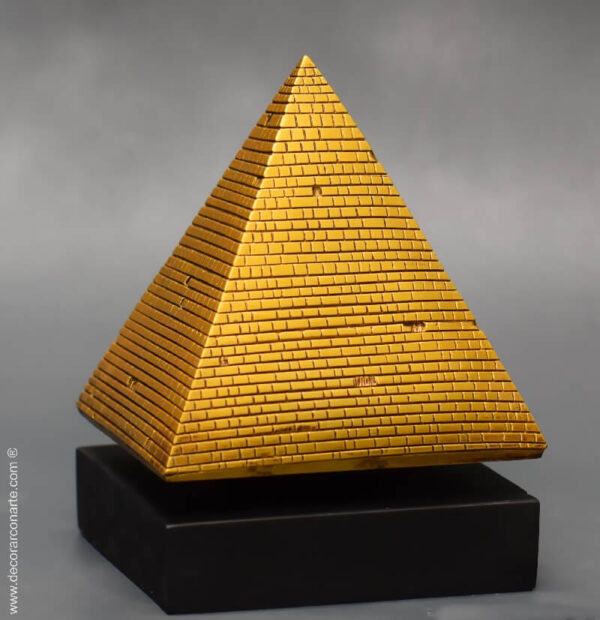 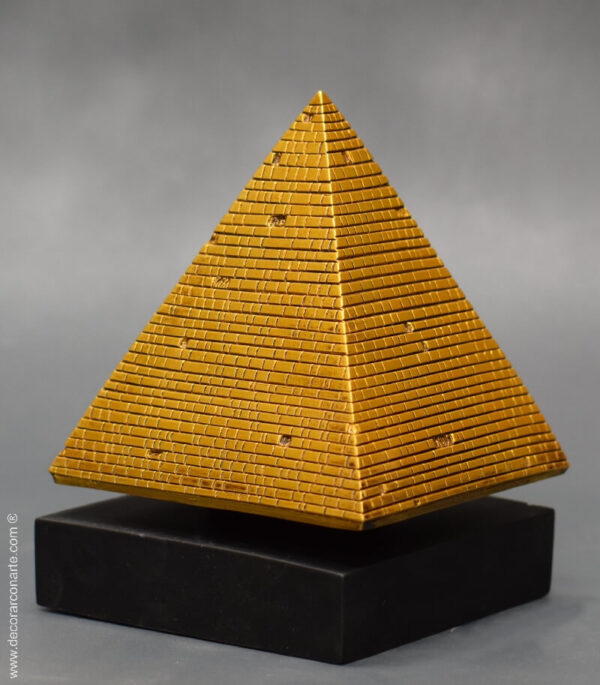 Pyramid made of reconstituted marble (marble powder plus binder) with golden patina.

Pyramid height without base: 13 cm.

This type of objects that reproduce, on a small scale, ancient monuments, buildings, models of architecture, etc. were widely used as decorative elements and valued gifts.

Pyramid, from the Greek Pyr, fire. Pyramids are the most representative monumental constructions of Ancient Egypt. The three pyramids on the Giza plateau, attributed to the kings Cheops, Chephren and Mikerinos of the 4th Dynasty (2630 BC – ca. 2500 BC), stand out for their size and monumentality. These formed part of funerary complexes together with temples to which they were linked by processional causeways. The later pyramids, from the 5th Dynasty onwards, were much smaller in size, and the Pyramid Texts, inscriptions on the journey to the Afterlife, which centuries later formed part of the so-called Book of the Dead, appeared inside them.