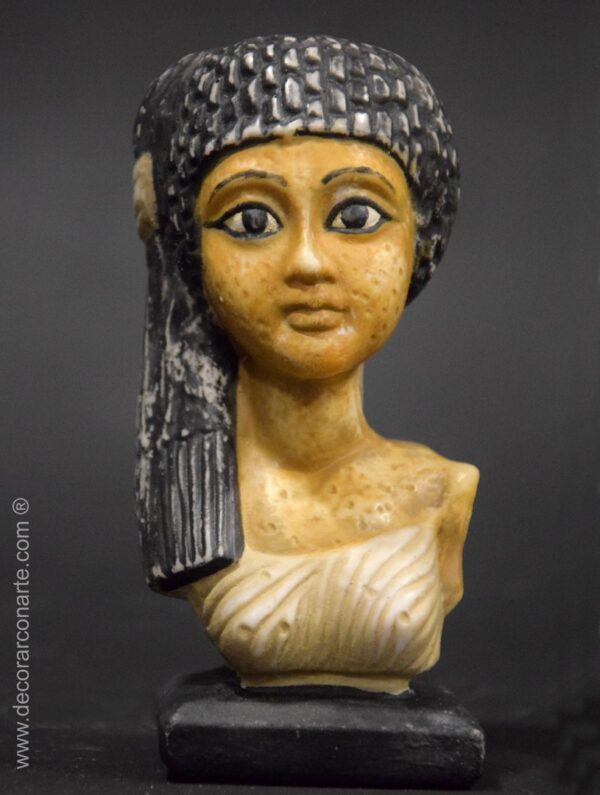 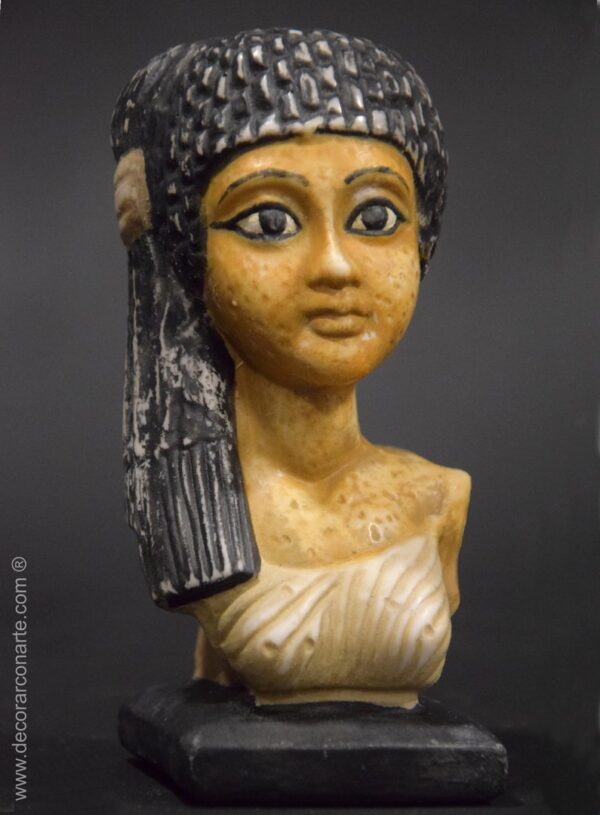 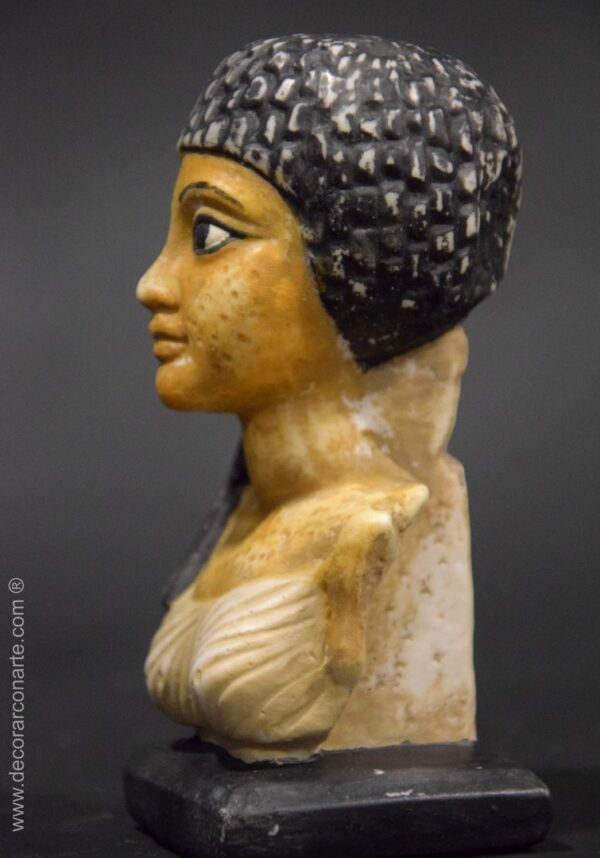 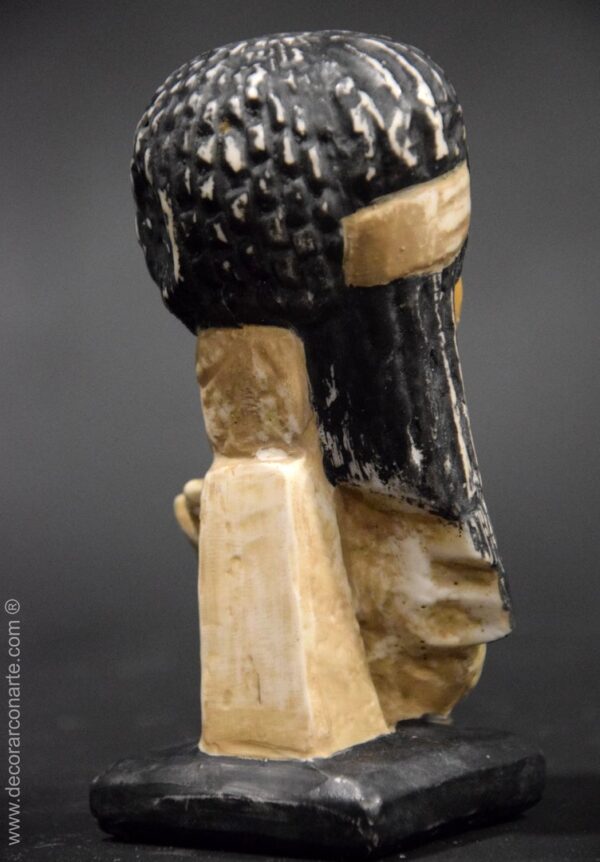 Reproduction of a limestone bust  in the Louvre Museum, Paris.Meritaton was an Egyptian princess, the first-born daughter of Pharaoh Akhenaten and Nefertiti (18th Dynasty, 14th century BC). Meritaton’s name means “The Beloved of Aton”. Her father, Amenophis IV, changed his name to Akhenaten and is known as the “heretic pharaoh”, due to the religious reform he imposed during his reign when he established the worship of the god Aten as the only cult, the worship of the other gods in the Egyptian pantheon was re-established after his death.