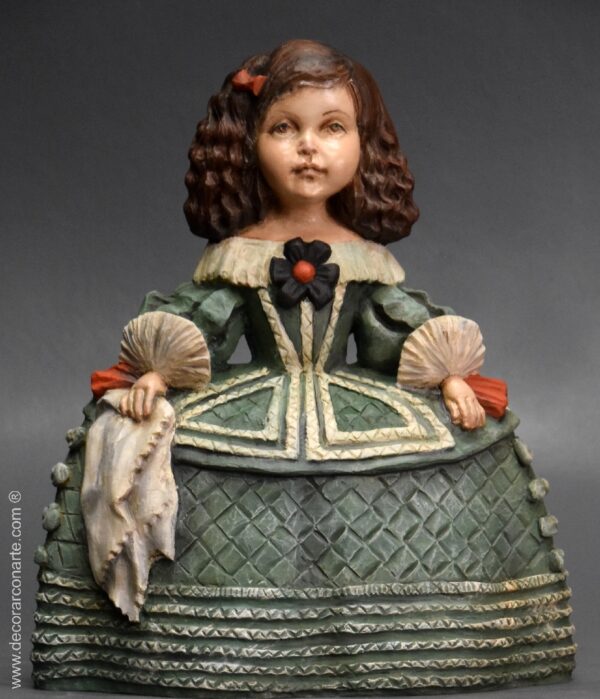 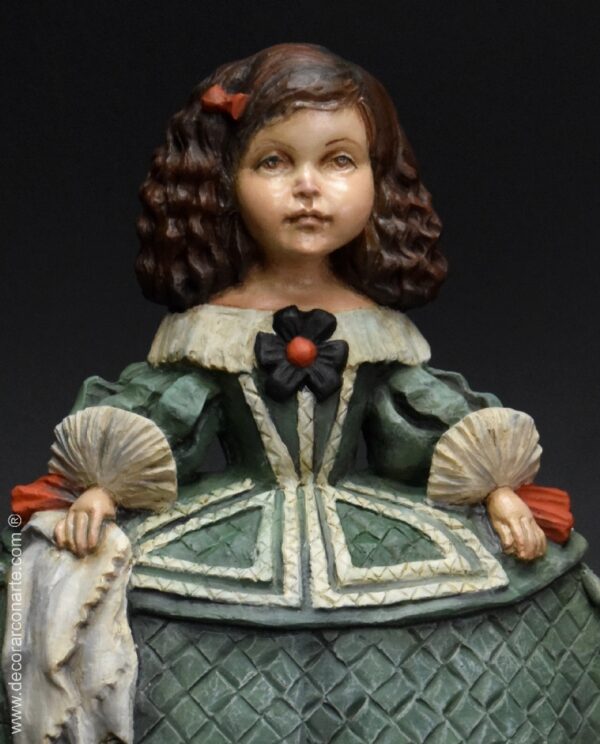 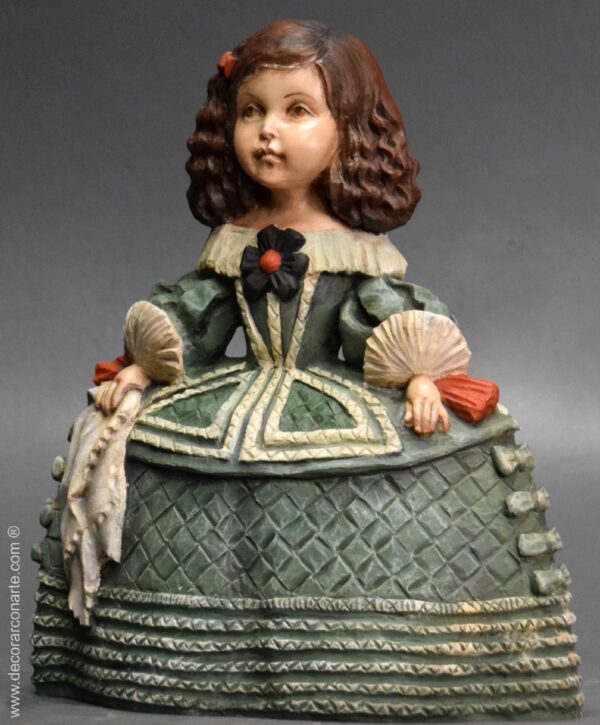 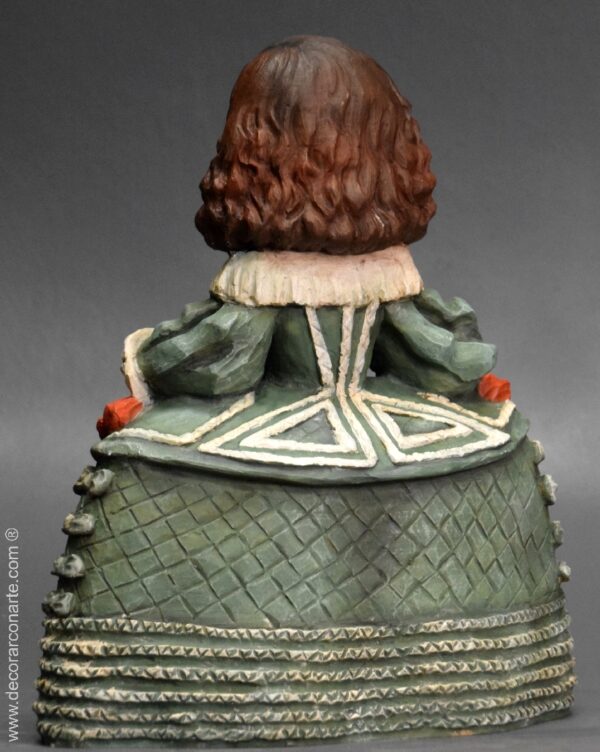 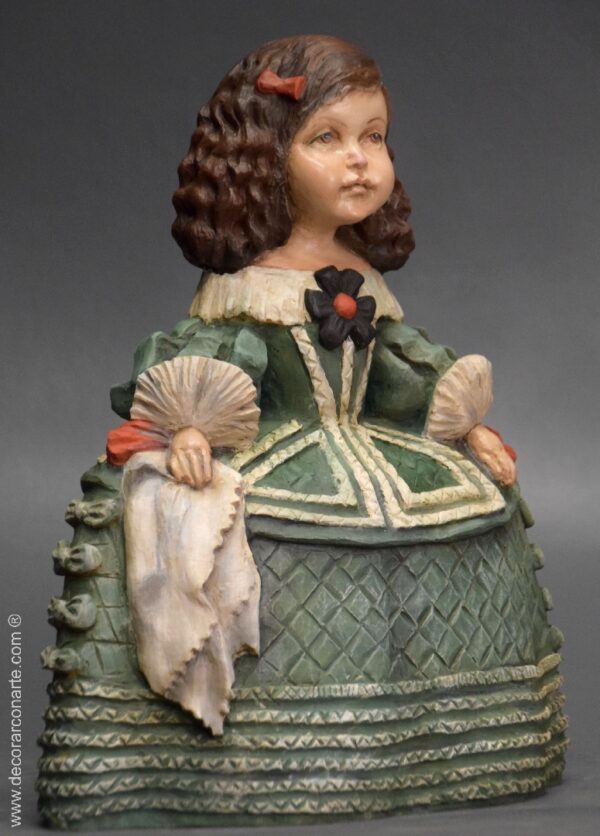 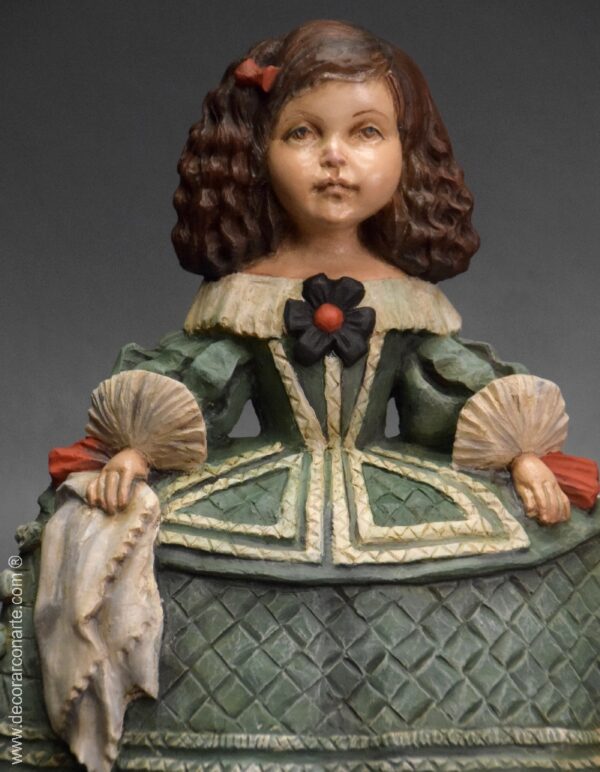 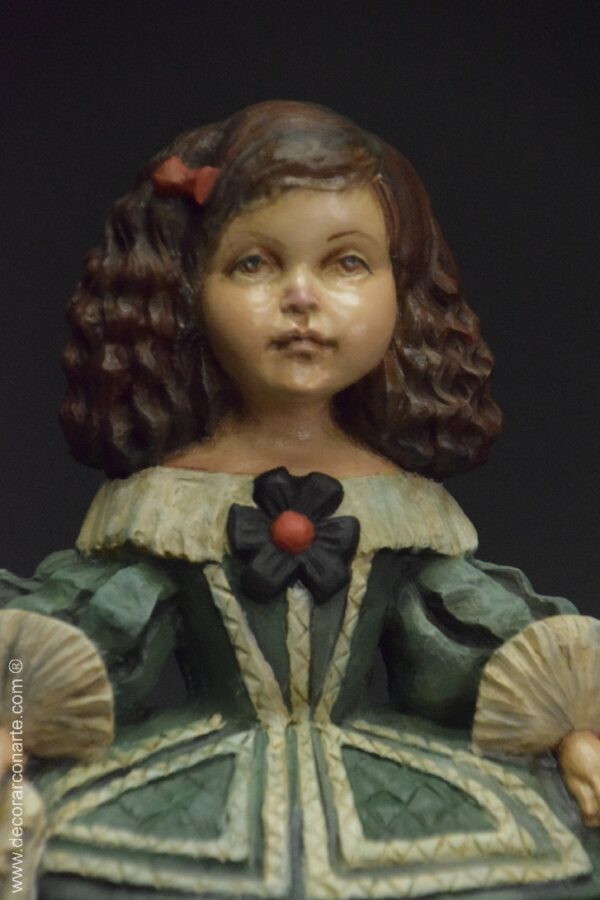 You can buy the complete set of three Meninas: click here. 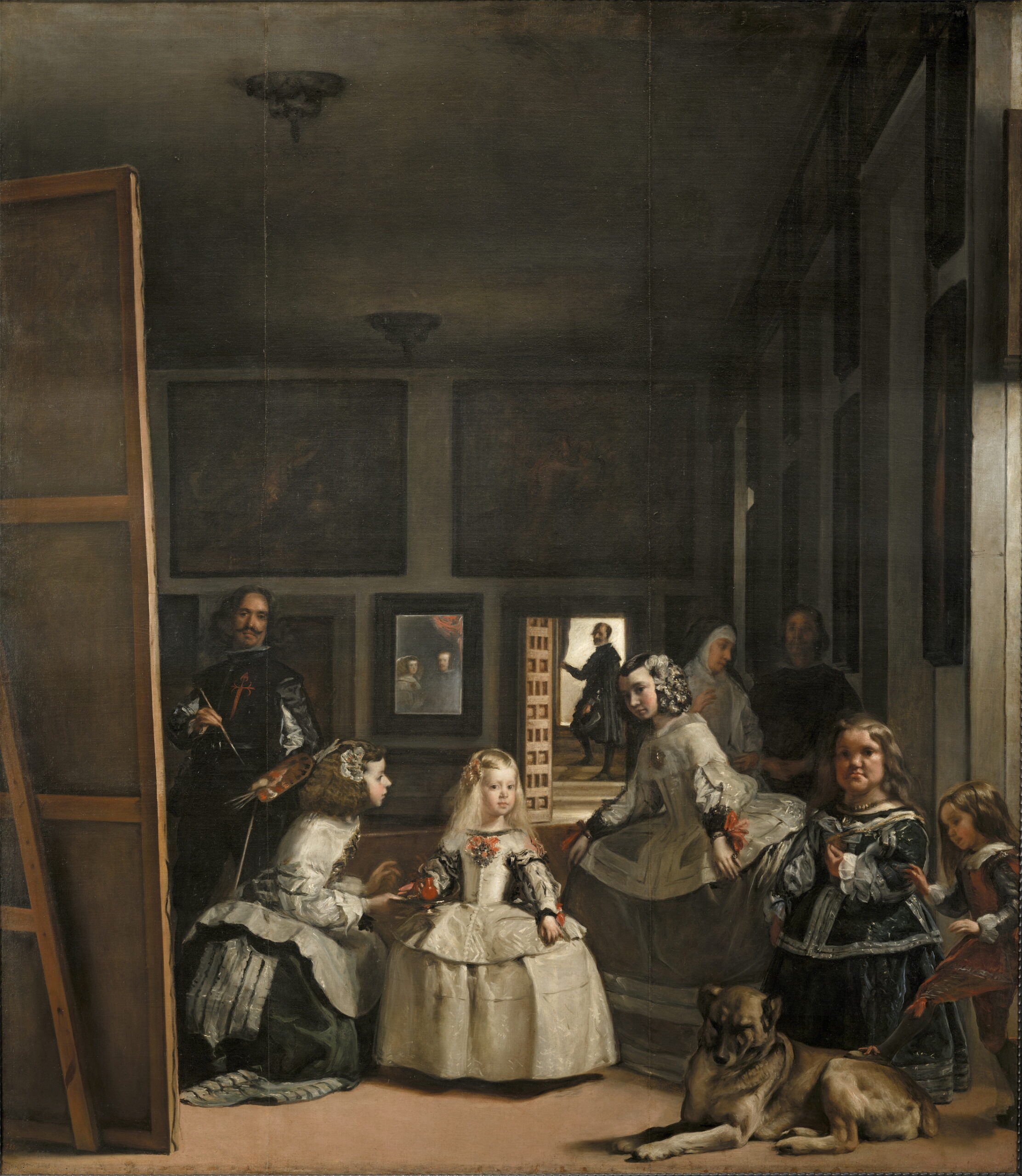 In this figure we recreate one of the Meninas from Velázquez’s painting.  Isabel de Velasco was the daughter of the King’s Gentilhombre de Cámara, Don Bernardino López de Ayala y Velasco, Count of Fuensalida. In the painting she appears to the right of the Infanta, bowing.

Diego Velázquez (1599 – 1660) painted Las Meninas in 1656. This painting is Velázquez’s masterpiece, subject to numerous interpretations of various kinds. The central subject is the Infanta Margarita and her ladies-in-waiting, called Meninas, Isabel de Velasco and María Agustina Sarmiento de Sotomayor, together with the dwarfs Mari Bárbola and Nicolasito Pertusato and a mastiff dog. The painter portrays himself painting a large canvas on the left of the picture. Behind the Meninas is their caretaker, Marcela de Ulloa, dressed as a nun (or widow), conversing with an unidentified figure, a guardadamas. In the background, at the open door of the staircase, is José Nieto Velázquez, the queen’s lodger. A painting or mirror in the background shows Philip IV and Mariana of Austria. If we follow the interpretation of the mirror, Velázquez would have painted himself while making a portrait of the two monarchs.