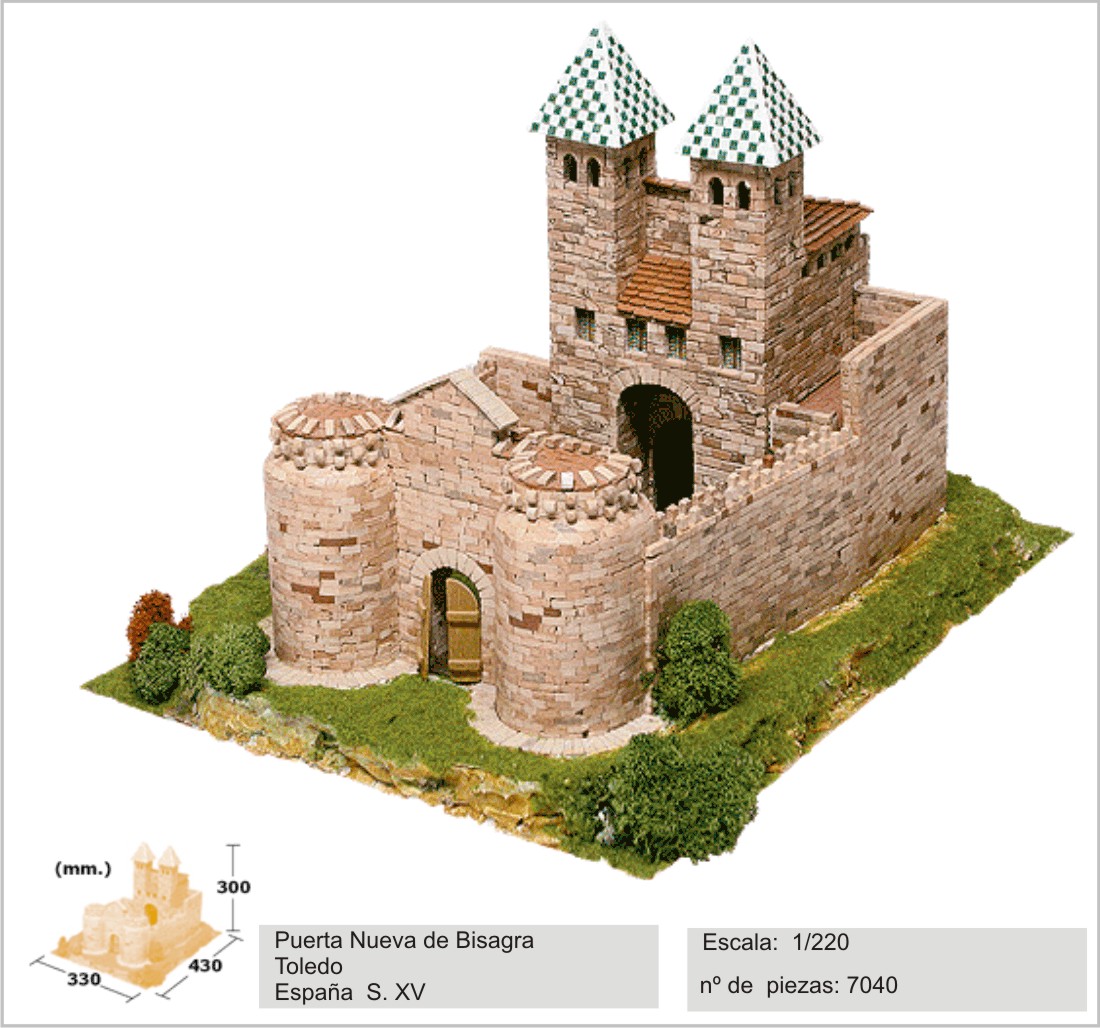 The new door hinge is located in the province of Toledo, in Spain. New Gate Called to differentiate it from its namesake “Old“, both of Arab origin, although New only remaining Arab Hinge name of “Bib-Shala” or “Gateway to the countryside“ and some other horseshoe arch inside. Its exterior façade stands between two circular towers with the top of dressed ashlar. In the center opens the entrance arch, also padding. Above it the imperial city shield, topped by a pediment. The exterior façade is a patio and another interior with square towers, windows and spiers with polychrome tiles. Its history is little known until its restoration in the mid-sixteenth century, in 1550. There is evidence of assignment by Alfonso VIII of Castile to the nearby church of Santiago del Arrabal in the twelfth century. The remodeling of the complex due to the need to optimize the route between the city and the newly built hospital in San Juan Bautista, also called Cardinal Tavera. Toledo was the architect Alonso de Covarrubias who directed the work of remodeling, extending them until the middle of the sixteenth century and the reign of Philip II and the architect Juan Bautista Monegro. Although the real architect and artist of the remodeling was Covarrubias.