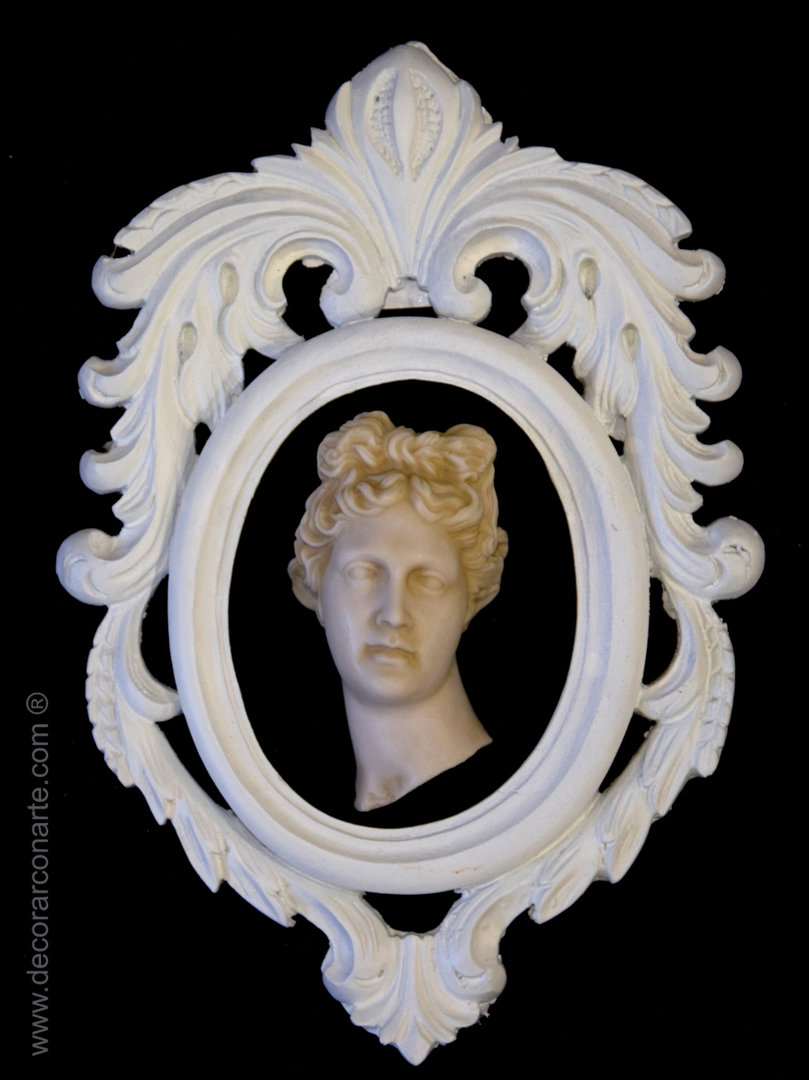 Relief “Apollo“, the Bust We offer is a reproduction of the sculpture of the Apollo of Belvedere, so named because it was found in the Courtyard of the Belvedere Palace designed by Bramante. It is supposed to be a copy of an original in bronze. It Is attributed to the Greek sculptor Leocrates.

In Greek and Roman mythology, Apollo is one of the most important and versatile Olympic gods. The Ideal of the Kouros (young beardless), Apollo has been recognized as God of light and sun; Truth and prophecy; The archery; Medicine and healing; Music, poetry and the arts; and more. Apollo is the son of Zeus and Leto and twin brother of the Virgin Artemis slayer. It Is known as Apulu in Etruscan mythology, influenced by the Greek. Apollo was worshipped in the ancient Greek and Roman religion, as well as in modern Neo Hellenism.