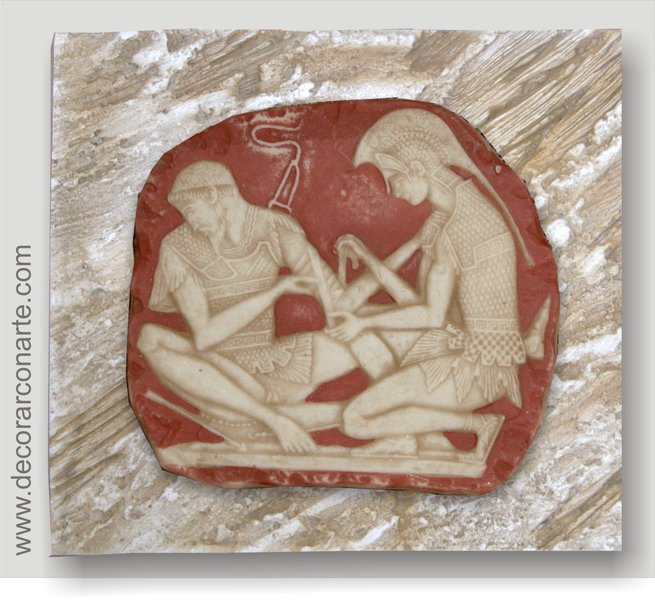 Achilles is the main hero of the Iliad of Homer and Patroclo is his big brother and friend, because it counts the tradition they were raised together. Both are very active in the development of the Trojan war. According to the tradition followed by Homer in the Iliad, the Greek army grew directly from Greece to Troy; but other legends refer to a first attempt ended in failure. Instead of landing on the Troade, they did in Mysia. Without realizing the mistake they set out to devastate the country, appearing Telepo, son of Herakles and King of those lands. During the battle, Patroclo was wounded by a few arrows and Achilles healed. This is the scene that appears in this piece, one shows the assigned Greek art painter doublet, towards the year 500 BC.