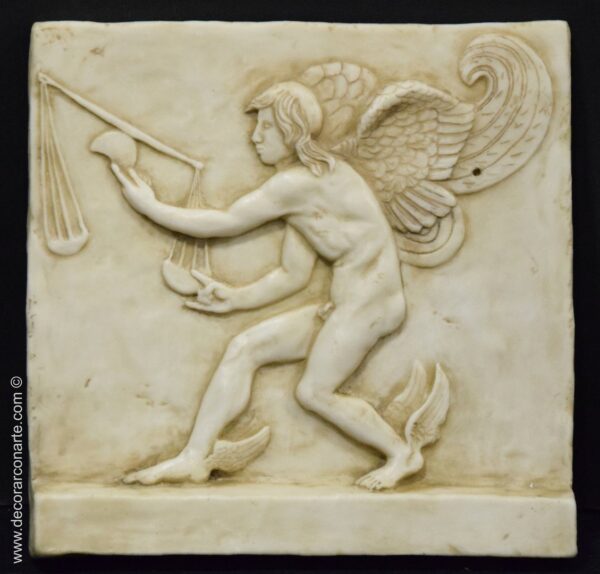 Museo di Antichità di Torino. The fragment of marble slab was part of a sarcophagus from the Imperial Roman period. The representation, partly sculpted in sketchy relief, depicts a young nude winged male figure in profile towards the left. The young man, with wings on his feet, extends his left arm upwards and is balancing on the blade of a razor, the shaft of the scales. With the index finger of his right hand he leans on one of the plates of the measuring instrument to re-establish his balance. This relief represents a personification of the Kairòs, which in itself implies the concept of the “right moment”.  This moment must be found, according to the Greek philosophers, in everyday action, in the ethical sphere, in the art of speech and in artistic creation. The personification of this philosophical concept is represented here in the 2nd century AD and refers to the typology elaborated by the Greek sculptor Lysippus for Alexander the Great, active in the 4th century BC.