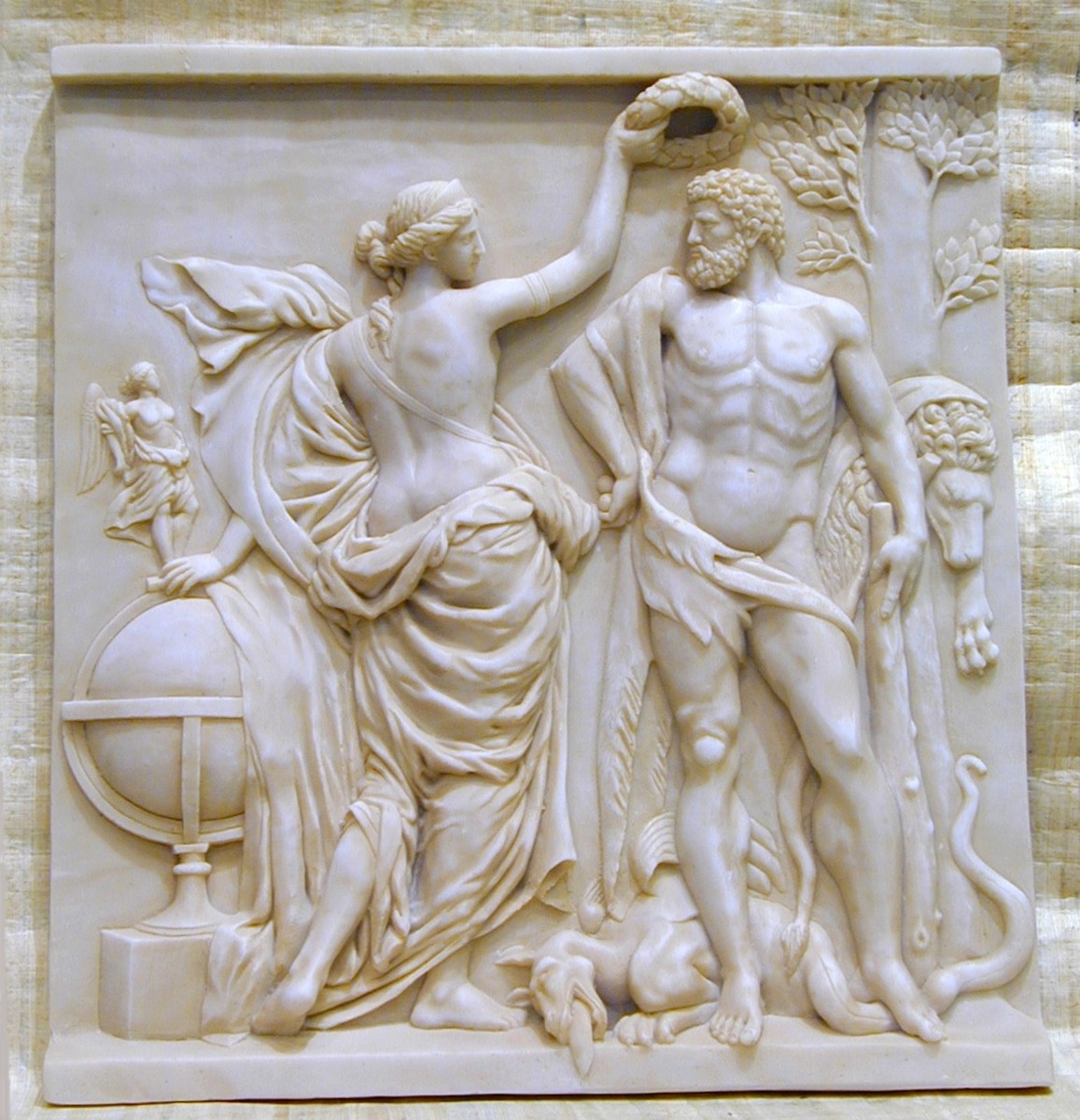 Relief made in reconstituted marble (resin + marble dust) with an patina of antiqued, applied with natural earths, which gives him an antique look.

In the relief “Heracles crowned by the Goddess of Victory”, Heracles gives good name to the concept of Herculean body, because the hero appears equipped with a formidable musculature, well proportioned chest, Apollonian stature. Beside him, appears a series of symbolic attributes, like the skin of Nemea, alluding to one of the twelve work in their mythical epic. Goddess of Victory is who appears crowning him, granting him the crown of laurel leaves of the Victory. Beside the Goddess appears a Nike or Victory that extolling the victorious apothegm. The Nike, at the same time, rests on a globe, alluding to universal power.