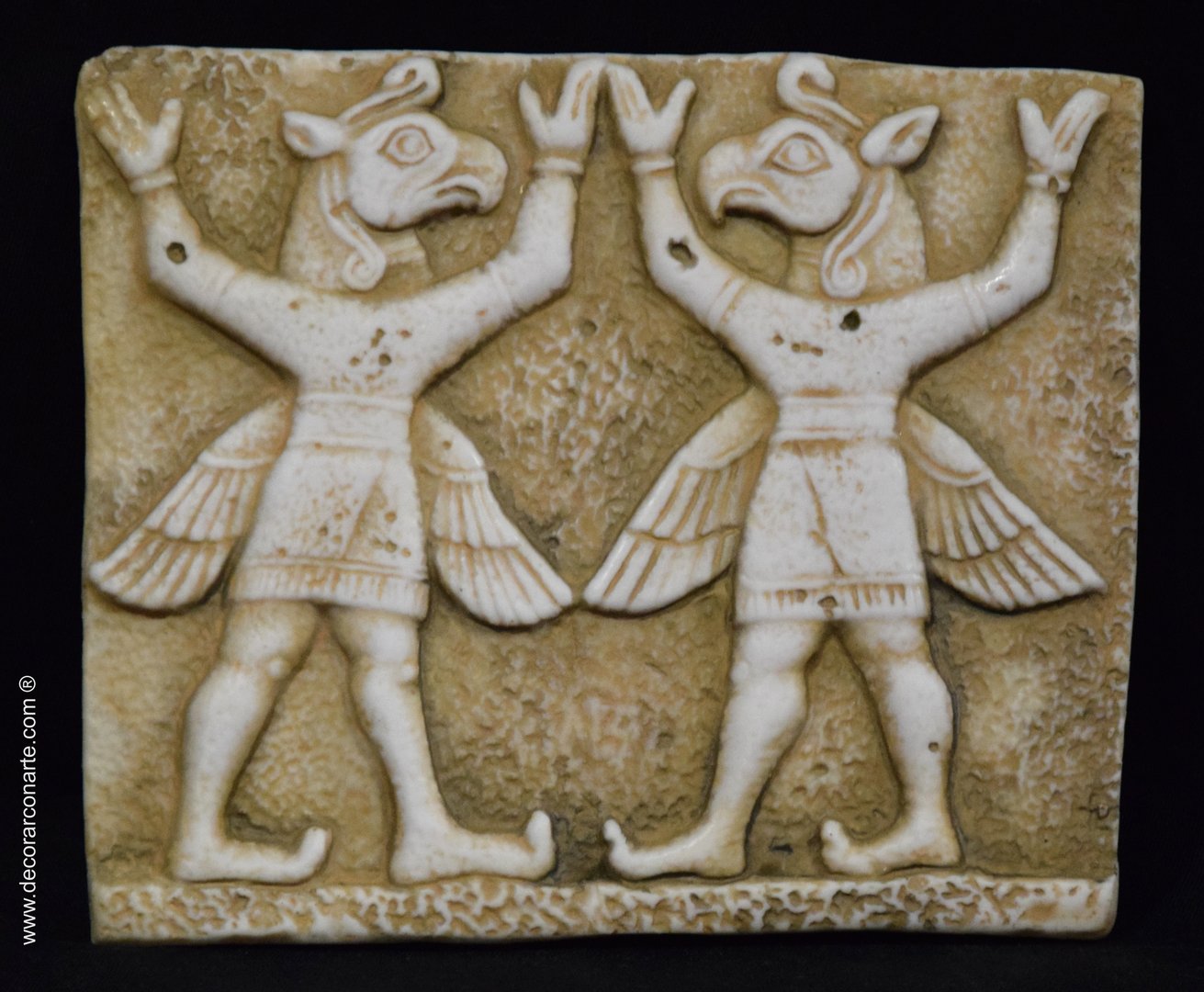 Reproduction of a Hittite bas-relief made of reconstituted marble (marble powder agglutinated with chronolite). With an ageing patina to give it an antique appearance. The ageing patinas are applied with natural earth.

In the bas-relief we see winged genies, who accompanied or protected the gods in Assyrian, Babylonian, Hurrian and Hittite mythology.

The Hittite empire (17th century BC-12th century BC) extended its dominion from Anatolia to encompass at its peak areas from northern Syria to the Euphrates River, becoming one of the three dominant powers of the Near East, along with Babylon and Egypt, against whom they went to war during the reign of Ramses II. The capital of Hatti was the city of Hattussa. The Hittite language was of the Indo-European family. The Hittites were among the first peoples to use iron for weapons and other sumptuary objects and were noted for the development and use of the light war chariot.