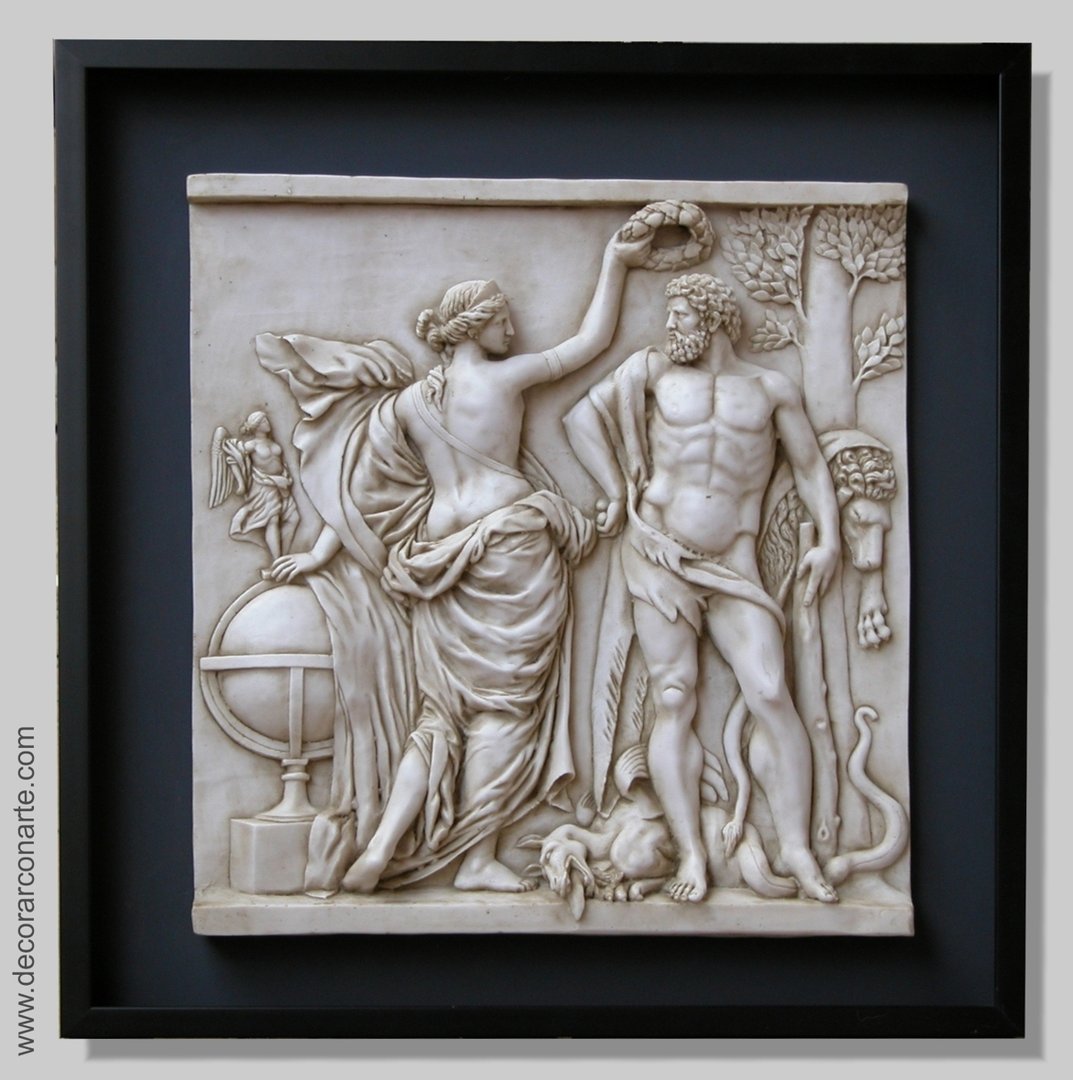 Reproduction made ​​in reconstituted marble (marble powder with resin) with an aged surface by the application of natural earth.

It is a renaissance relief of Heracles.

Reproduction in reconstituted marble from the original existing in the Louvre
Author: Martin van den Bogaert, also known as Desjardins (French, 1637-1694)
“Hercules crowned by victory”
Hercules crowned by the goddess victory Dando good name to the concept of Herculean body appears the hero equipped with a formidable muscles, well proportioned torso, height Apolínea. Next to it, are a series of symbolic attributes, such as the skin of Nemea, alluding to one of the twelve works in his mythical epic. Crowning it, appears the goddess giving the victory laurel leaf Crown. A Nike or victory that extols the victorious apotegma appears next to it. This, in turn, poses on a globe, alluding of universal power.